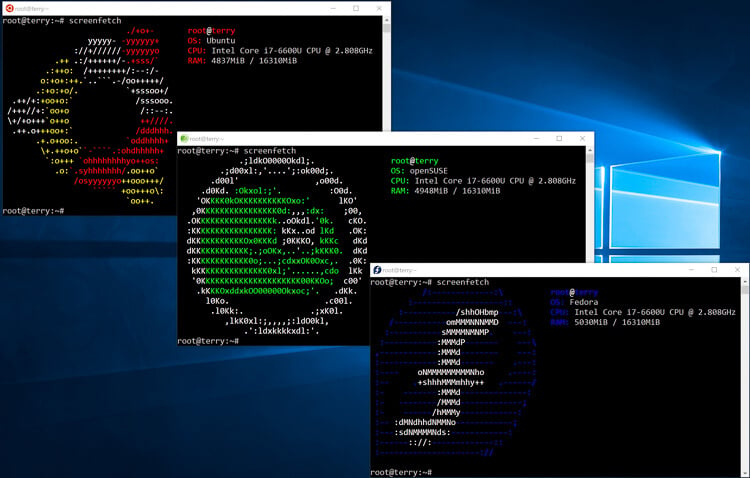 In an attempt to lure larger demographics of developers and coders, Microsoft announced that three of the most popular Linux Distributions will be officially available in Windows 10 via the Windows Store.

These big three are Ubuntu, SUSE Linux, and Fedora. With this announcement, users can now easily install and run the said Linux operating system right inside their Windows system.

The said Linux Installations will be running like they are own their own. The apps will run in a virtualized environment in alongside with Windows. And despite running on Windows directly, it will have the same command-line utilities, something that you would normally get with the traditional full installation.

Related: Ways to Get the Creators Update for Windows 10 Users And since these coding apps will now be made available in the Windows Store, it also means that they are optimized enough to work with Microsoft’s new, streamlined, and education-focused operating system, the Windows 10 S.

Not only that it will diversify and widen the catalog of available apps on the restricted OS, but it might also encourage a lot of computer science and engineering students to get themselves a Windows 10 S laptop. However, only HP and Acer are offering reasonably priced Windows 10 S notebooks as of the moment so choices are limited. But if you have a lot of extra cash to burn, then you can opt for the powerful and elegant Surface Laptop.