A couple of months ago, we reviewed the world’s slimmest smartphone, the Gionee Elife S5.5. While we were impressed with its combination of high end specs and premium design and build, the price may have been a bit too steep. Luckily, Gionee Philippines is slashing Php2k off the price in an early Christmas sale that’s going to last until October 25, 2014! 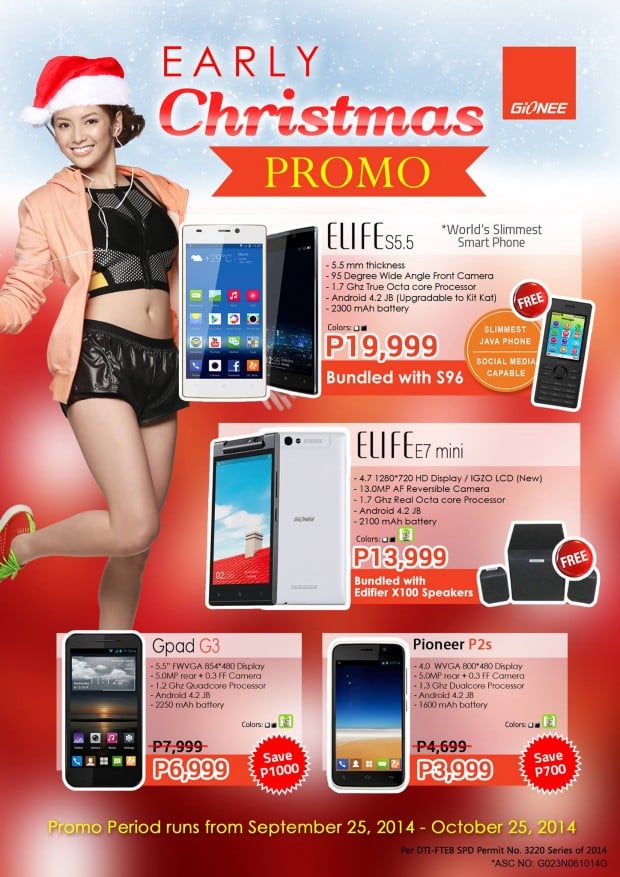 In case you forgot, the Elife S5.5 measures a super sleek 5.5mm thin, encasing an octa-core processor, 2GB RAM and 16GB of internal storage between glass and metal. Did I mention that both sides of the phone are protected by Gorilla Glass 3? Seriously, there are few phones that can match the Elife S5.5 when it comes to its premium build.

Another phone included in the sale is the Elife E7 Mini. Although the phone isn’t actually on sale and will still retail at full price, Gionee Philippines will throw in a set of Edifier X100 2.1 speakers! 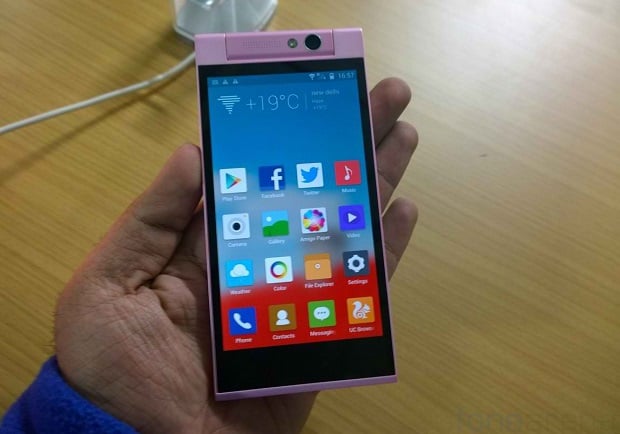 That rotating camera is the most obvious feature of the Elife E7 Mini, as it allows you to take advantage of the primary camera’s sensor whether you’re shooting normally or taking selfies.

The other two phones in the early Christmas sale lineup are the Gionee Gpad 3 and Pioneer P2S. Both are entry level smartphones, and you have a choice between a 5.5 inch screen (Gpad 3) or a more pocketable 4 inch screen (Pioneer P2S). These phones have gotten a Php1k and Php700 price cut respectively.