Chinese smartphone manufacturers have been commencing their entry in the local smartphone industry. Almost all major company there are bringing all their cards on the table to attract the Filipino market. Ranging from mid-range to high-end devices, there’s no stopping these companies in penetrating our country.

Today we bring you one of Gionee’s artillery in this brawl, the Gionee Elife S5.5. Not only that this is the company’s grandest flagship device, but it is also hailed as the world’s slimmest smartphone. The numbers that are included on the device’s name actually represent the device’s thickness; the device is only 5.5mm thin, making it slimmer than some of the rival’s flagships like the Huawei Ascend P6 at 6.18mm and the Oppo Finder at 6.65mm.

Is the world’s slimmest phone the one for you? or should you consider a more chunkier device to suit your needs? Let’s figure that out in our full review.

Now we’ll head straight on to probably the pinnacle of this whole review.  What is causing a lot of buzz on this device is its title, the “World’s Slimmest Smartphone”. The device has 145.1mm x 70.2mm in dimensions and has a marvelous 5.5mm thickness. 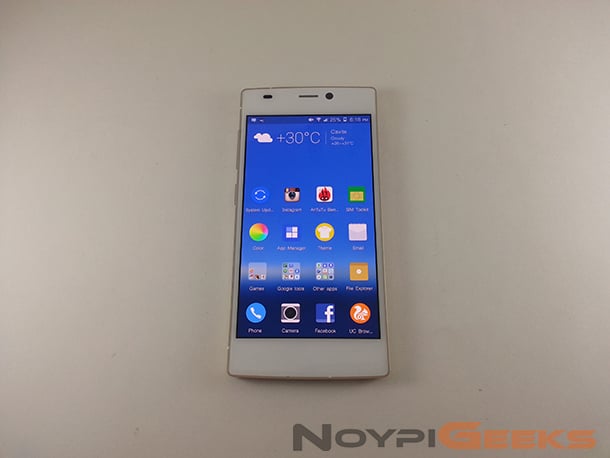 If you’re still clueless how ridiculously thin it is, let me give you a perspective: The Motorola Droid Razr, which was one of the pioneers of this ultra-thin category, had a thickness of 7.1mm. Also, for your better understanding, another example is the more trendy Apple iPhone 5s, which boasts a 7.6mm in diameters. Each numbers may not look too far away from the other, but I tell you, the difference is distinctively noticeable.

The metal-and-glass construction of the device feels superbly good in the hands. It’s grafted with a back-to-back, Corning Gorilla Glass 3 panel and has a magnesium alloy sides. All of this attributes really complimented the device’s ultra-thin profile making it not only good in the eyes, but also in the hands.

That said, the front of the device is where the 5″ capacitive display is placed, together with the ambient light and proximity sensors, 5MP front-facing camera and the capacitive buttons. All of these were protected with Gorilla Glass 3. 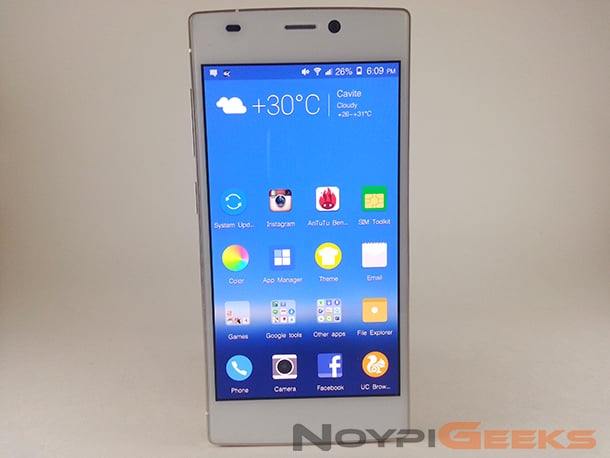 At the top is where the microUSB port is sitting all alone, and at the bottom are the 3.5mm headphone jack and the microphone positioned together. 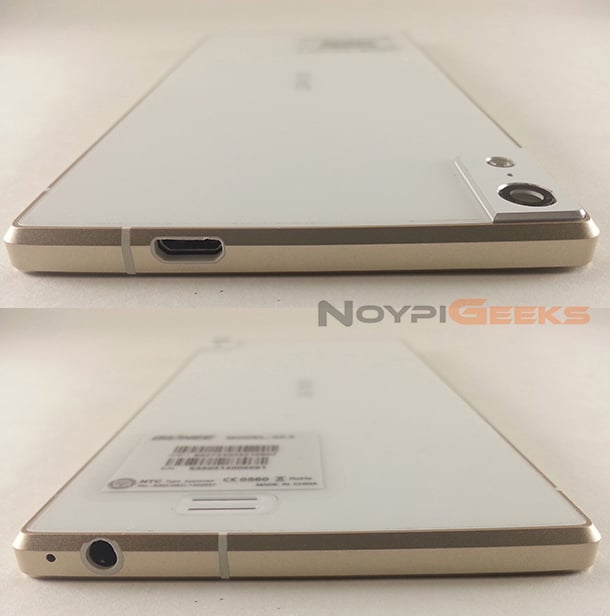 The left side has the volume controls and the lock/power switch, and at the right side is solely occupied by the micro-SIM card slot.

Sadly, this device didn’t have all the A+ in terms of hardware characteristics. Why? Well, to achieve its “Slimmest in the World” title, there have to be a few hardware compromises. First, this device only supports one micro-SIM card, contrast to other octa-core devices who are offering dual-sim capability. Second, there’s no microSD card slot, which means you’re limited with its 16GB onboard storage. And lastly, and probably the most painful part (at least for me), it doesn’t have an LED notification indicator, which is a feature that became a necessity for me, plus almost all high-end and even mid-range devices have it. There were a couple of hiccups, but hey, I’m not complaining ‘cause they really needed to sacrifice some features to obtain this feat. 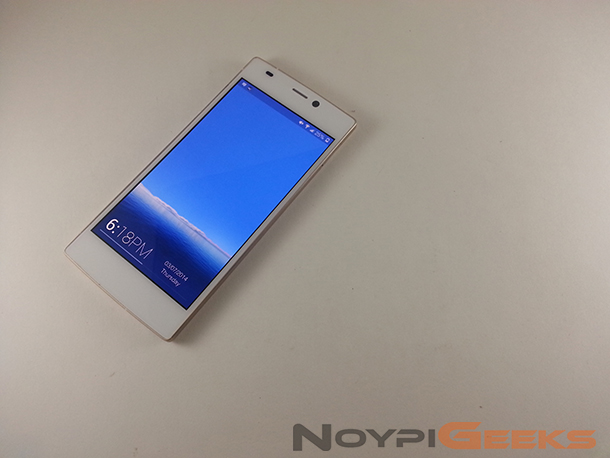 The display’s performance is just plain impressive. It has very good saturation and contrast. The colors and details are far more accurate and vivid than what my eyes can perceive. It also has wide viewing angles, and sunlight visibility is great with almost zero glares or reflection.

Watching movies or even any videos looked ridiculously good on this one. Not only that it has great colors, but the movements on a film looks more accurately displayed on this one, as if I was watching on a HD TV.

The device is being governed by Android 4.2.2 Jelly Bean, as usual. But as of writing, Gionee already started rolling out Android 4.4.2 Kitkat, gratefully skipping 4.3 Jelly Bean and 4.4 Kitkat. I still haven’t received the update yet as it’s still on the roll out stage. But I’m hopeful it would arrive anytime soon. 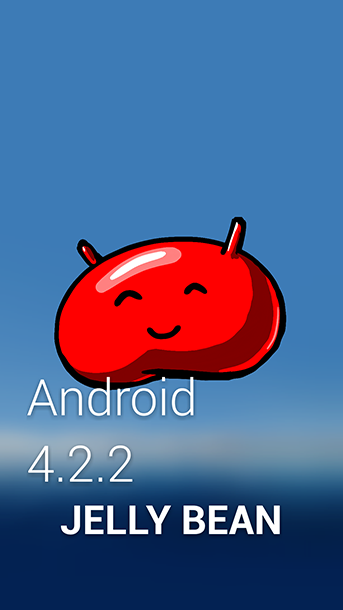 Also on top of Android sits the Gionee’s very own Amigo UI 2.0. I have praised this home-grown UI before for being attractive and efficient. The UI effectively utilizes the device’s processing resources to deliver exemplary performance. The Amigo also looks and feels good to use; the buttons have this bubbly design with curvy edges.

Though everything may look good, but first-time users may have an unfamiliar feeling with some of the devices gestures and ways. First, almost everything is being done by swiping up or down; like unlocking the screen (which by the way has a cool transition effect), closing applications from the multitasking tab, answering or rejecting calls and many more. One gesture that I’ve probably loved on this one is the Knock-knock feature that turns the screen on when you double tap on it.

This particular UI doesn’t have an app drawer, so you might want to batch those applications into folders to prevent clutter. Also, the lockscreen has these pretty clever features. Swiping to the left shall reveal a tab that has the shortcuts with the camera and video recorder (complete with a mini viewfinder), Torch or flashlight and the most clever of them all, the FakeCall, which basically makes a fake call after 15 seconds to help you get away with those awkward situations. But in case Amigo is not your cup of tea, you can always install a third-party Android launcher from Google Play.

Here are some of the screenshots of the Amigo UI 2.0 on the Elife S5.5:

The Gionee Elife S5.5 is packed with a powerful processor, which is something for an ultra-thin device like this. It is running under MediaTek’s True octa-core processor, clocked-in at 1.7GHz, backed-up with 2GB of RAM and a Mali-450MP GPU.

This device is really a monster performer. Also with the help of its efficient Amigo UI 2.0, everything can be performed fluidly. The device garnered a score of 27,857 in Antutu benchmark, which justifies how vigorous this one is. For a better perspective, it’s quite comparable to the Galaxy S4 and the HTC One. 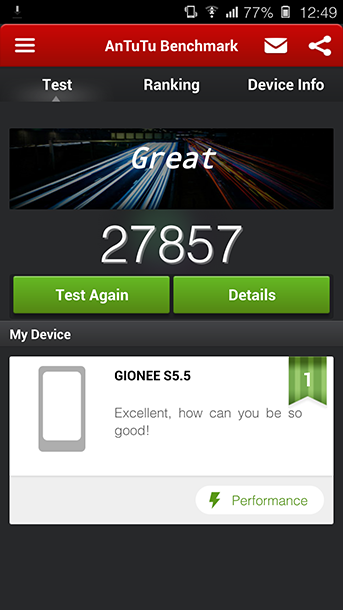 The Gionee S5.5 can also be a delight to mobile gamers out there. I have tested hardcore games like the Asphalt 8: Airborne, Grand Theft Auto: San Andreas and Dead Trigger 2 and they ran all impressively well. I’ve even maxed-out the game’s graphic settings, and the device was still able to handle it well. 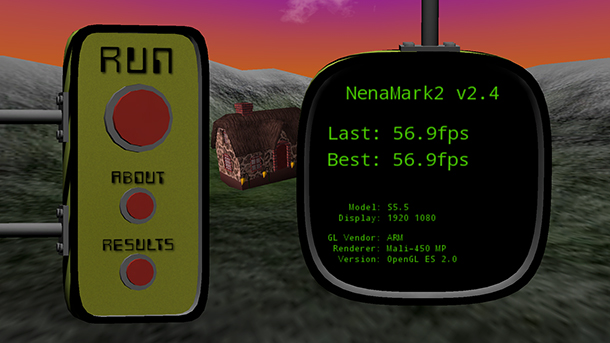 Probably the only hurdle on this one is that, the device tends to overheat incredibly fast.  And there were even times when I’m only taking videos or browsing extensively online and the device would just heat up questionably. Though this type of hiccups are actually expected to devices which are super slim and glass like this, but the case on this one is quite substantial.

The Gionee Elife S5.5 is being powered by a 2300mAh battery. This is also probably one of the compromises they made to deliver this slim smartphone. A 2300mAh battery is ideal for a quad-core device. But for an octa-core device like this, despite all the power optimizations of Mediatek, it’s not that impressive at all. 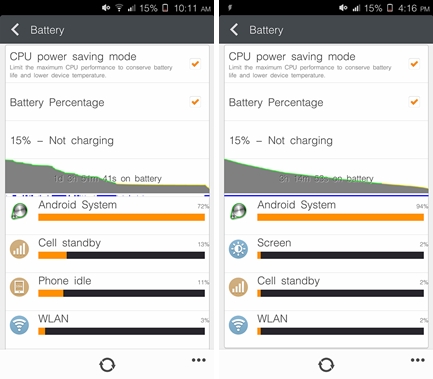 Nevertheless, the device was still able to stay up at a decent amount of time. It was able to last for one and a half day with light to moderate use and three and a half to four hours with heavy, uninterrupted use like gaming or watching movies. 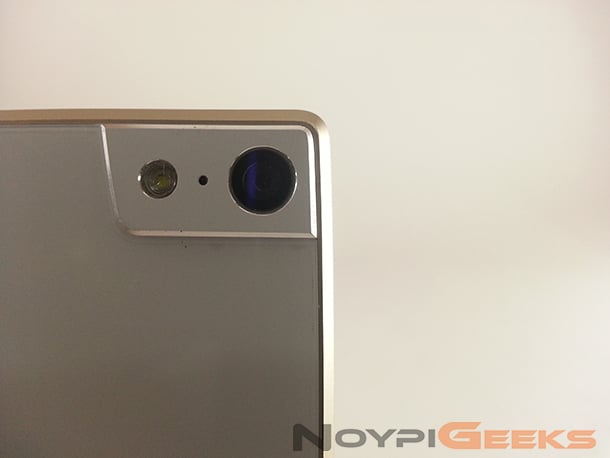 The device has a 5MP 95° wide-angle front-facing camera and, a 13MP primary camera which captures decent photos for its category. Photos looked vibrant and well-saturated. Color reproduction and details are precise. Photos are also looking great by the help of the device’s impressive display. The only downside that I have noticed is the autofocus performance. It sometimes fail to detect the object that I want to highlight, and when its detected, the object is not that well exposed.

Here are some of the sample shots: 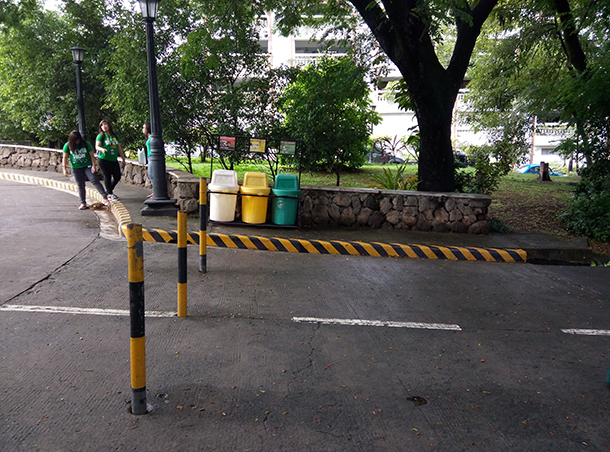 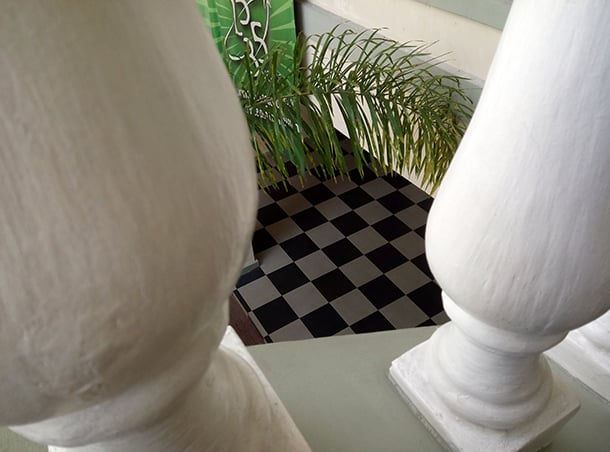 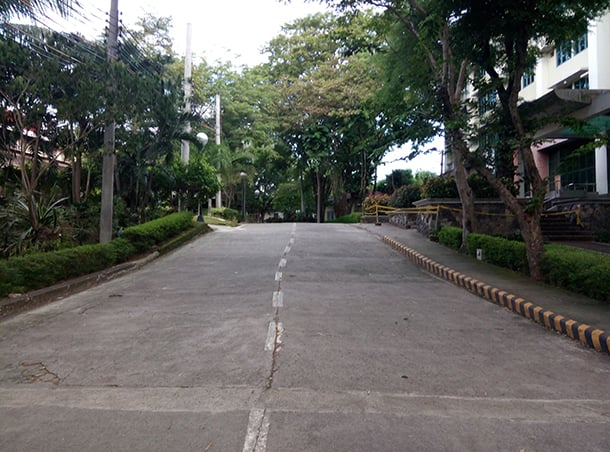 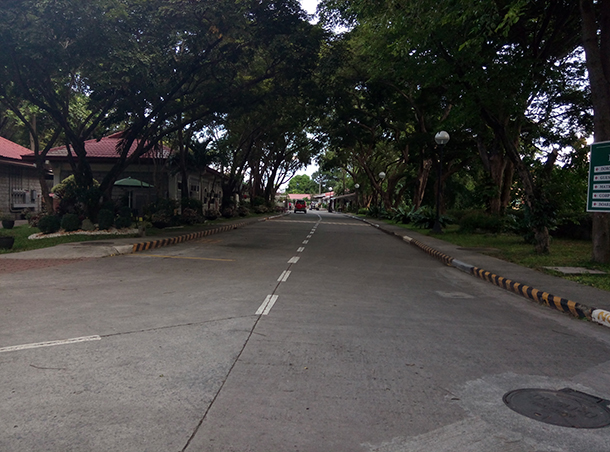 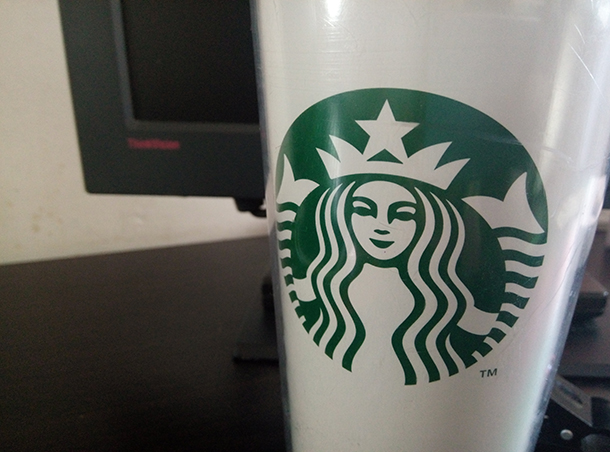 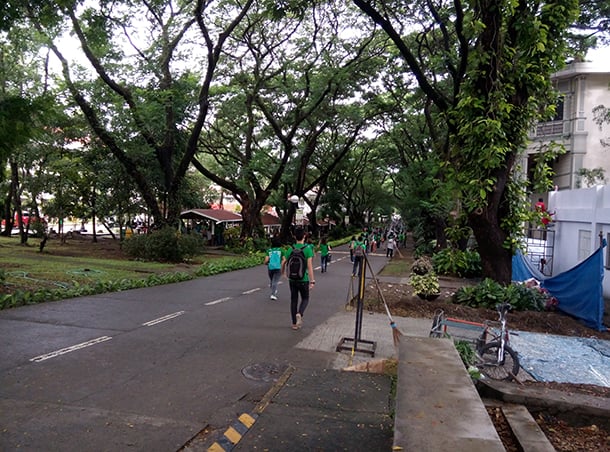 The 5MP front-facing camera has a 95° wide-angle lens, which basically means it can take wider or larger shots than any other regular camera. This feature makes the device perfect not only for full-body selfies, but also with taking group pictures or as how they call it “Groupies”. In a nutshell, it’s a built-in monopod. The quality of the photos were also spectacular, even besting the front camera of the Galaxy S5 in most occassions.

The device also has a relatively rich camera app. Controls are dressed with dial buttons and sliding switches. It also features Level Meter, which gives you a leg up on taking perfect angle shots. 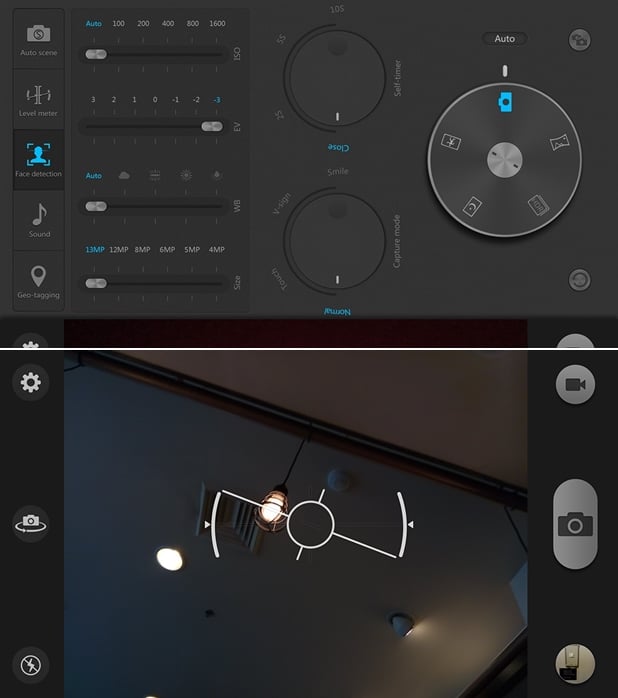 Though it may not be the most feature rich, but it still manages to attain the essentials. Panorama, Sports, HDR and Night modes are present. Also there are some few ways to trigger the shot, from the basic on-screen shutter button, to the Smile shot, Peace/V-sign shot, up to just by simply tapping anywhere on the screen. 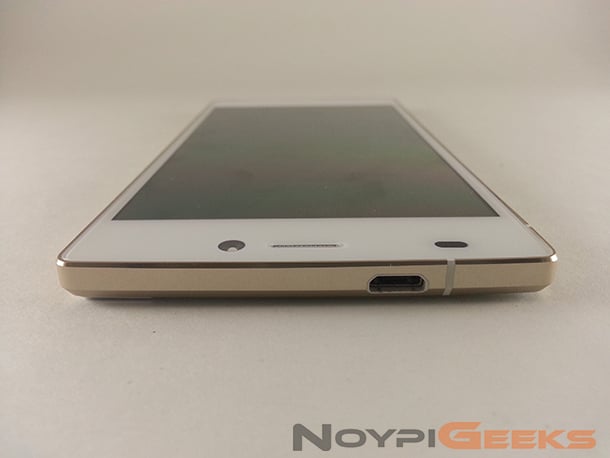 The Gionee Elife S5.5 probably got what it takes to entice its prospected users. It has a powerful true octa-core processor, stunning display with Super AMOLED, wide-angle front camera, Android 4.4.2 KitKat, and of course, the title of being the slimmest phone in the world.

I must say, the Gionee S5.5 is one of my favorites so far. All of its goodness were stuffed together on a compact body. And with its retail price of Php21,999, this one’s clearly worth it. It’s not for everyone though, as the price is still considerably steep. 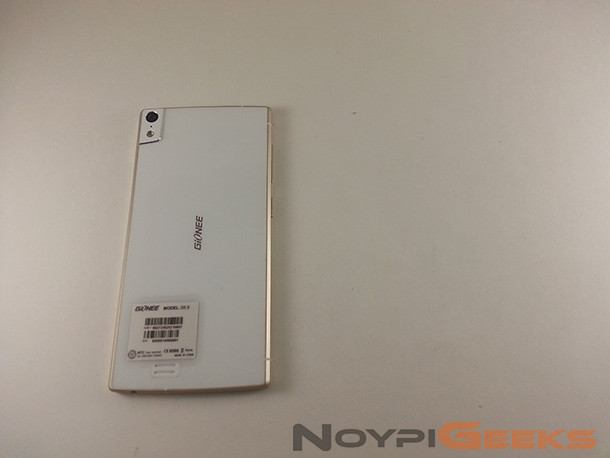 That said, probably the only hindrance that would make some people think twice on considering this phone is the luxury of branding. It’s no secret that the first item on the list when consumers are trying to consider a device is the brand’s name, making companies like Samsung, Apple, LG, etc. as their recourse. But I tell you, these Chinese brands are worth the shot. They have proven themselves in their previous products. And mind you, these are not your conventional, low-quality, made-in-china products; these are products that poised to dominate the industry with their outmost clever ideas.

For people who value the design more than anything else, this is the phone to get.