Huawei will be joining other top brands in celebrating Lazada’s 12.12 Christmas sale.

The company just announced that they will be offering some of their midrange devices at a much cheaper price — an exclusive offer on Lazada’s 12.12 sale, which will run from December 10 to 12. 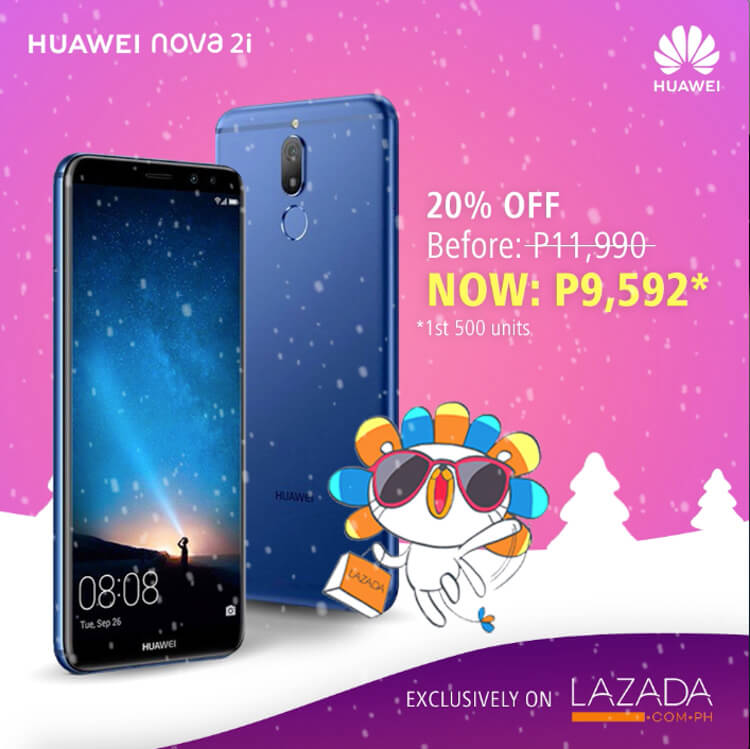 We have the Huawei Nova 2i, which is now 20% cheaper at Php9,592 from its current SRP of Php11,990. That’s even way cheaper from the device’s initial price of Php14,990 when it launched in the Philippines a year ago.

This device brags an all-metal build, a 5.9-inch FHD+ screen, a Kirin 659 processor, and a quad-camera setup. 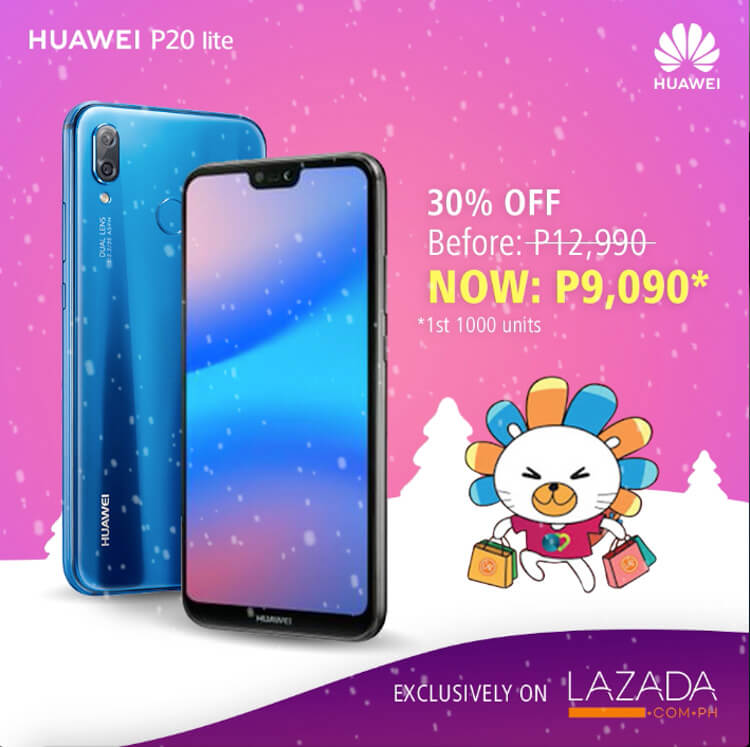 Next, we have the Huawei P20 Lite. From its retail price of Php12,990, you can get it for only Php9,090, making it 30% more affordable from the original price. Specs-wise, it’s pretty much similar to the Nova 2i.

It comes with a 5.9-inch HD+ screen, runs on a Kirin 659 processor, and comes with a 4GB/64GB combo. There’s also a dual camera on the back. However, we only have a single selfie snapper on the front. 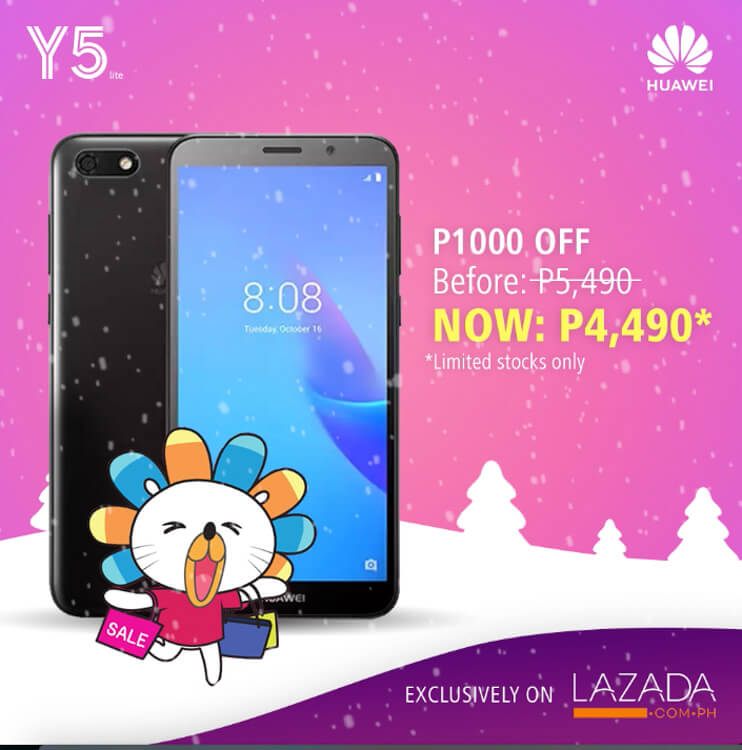 Lastly, we have the newly announced Huawei Y5 Lite. This thing runs on Android 8.1 Oreo Go Edition, which is perfect for devices with underwhelming hardware such as this.