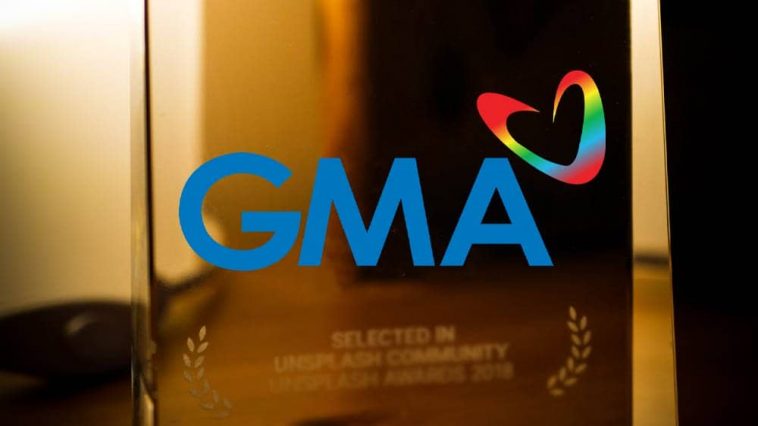 Every Filipino who owns a TV knows about GMA, one of the biggest players in the broadcasting world. Most known for its renowned newscasts and innovative telenovelas, GMA is beloved by millions of Filipinos. This mass appeal serves the network right, because it is now celebrating 70 long years on air, with no sign of stopping soon.

But even if we see GMA Network every day on our TV and smartphone screens, there’s still a lot that we don’t know about the mammoth network. In this article, we share 8 trivias that you possibly don’t know yet about GMA.

#1 GMA started out as a local radio broadcast network, owned by a former American war correspondent.

Far from the industry leader that we know today, GMA has humble beginnings as a small radio broadcast network in Manila when it was founded 70 years ago in March of 1950.

For the children of the 1960s, you may better know Robert Stewart as “Uncle Bob” because he produced and hosted the children’s program, Uncle Bob’s Lucky Seven Club. Other programs by the RBS included news programs like News at Seven, entertainment shows like Dance Time with Chito, and various foreign programs from the United States.

#2 Robert Stewart was forced to surrender control of GMA (then RBS) during Martial Law in the 1970s.

When martial law was declared by President Marcos in the 1970s, press freedom was heavily attacked and several media companies were forced to shut down. However, RBS was allowed to continue its operations but under strict monitoring and limited licenses.

But when new guidelines were created that disallowed foreign entities to own and operate media companies in the Philippines, Stewart was forced to surrender RBS to a triumvirate: Gilberto Duavit, Sr., a Malacanang official, Felipe Gozon, Stewart’s attorney, and Menardo Jimenez, an accountant. The triumvirate took over the management of RBS. Stewart later left the Philippines in the 1980s to settle in America for good after disappointment with the Marcos administration.

#3 GMA is short for Global Media Arts, but the network also had many previous names before that.

Following the transfer of power of RBS to the new owners in 1974, the station was renamed into GMA Radio-Television Arts, although the company’s name remained as the Republic Broadcasting System, Inc. until 1996. GMA initially meant the Greater Manila Area, which was the station’s main coverage area at the time.

GMA underwent another rebranding in 1992 when it was renamed into GMA Rainbow Satellite Network, after the launch of the communication satellite that allowed the network to expand internationally.

It was only in 1996 when GMA was formally changed to mean Global Media Arts (and the corporation renamed into GMA Network, Inc.), following the network’s successful expansion to reach watchers nationwide and across Southeast Asia.

#4 The rainbow-colored heart-shaped Kapuso logo was only first used in the early 2000s.

The rainbow heart of the GMA network has grown to become one of the most identifiable logos in the Philippines, but the network’s use of this popular icon wasn’t until 2002, more than 50 years after the network first broadcasted. During its years as RBS, the network first incorporated the Circle 7 logo, used by affiliates of the American Broadcasting Company (ABC), which owned a quarter of the company.

The company then introduced a new logo along with the rebranding of the station into GMA Radio-Television Arts. With the launch of the Rainbow Satellite in 1992, GMA incorporated a rainbow into the logo design. Finally, during an episode of the popular variety show SOP, GMA debuted a fresh new design with the rainbow-colored heart-shaped logo we know today. Now, almost all Filipinos are familiar with the Kapuso logo displayed on everybody’s TVs.

Being the only independent network operating during Martial Law, GMA was instrumental in covering the events that happened before, during, and after the 1986 People Power Revolution.

GMA was the first network to air an interview with the oppositionist, Corazon Aquino, through its public affairs television show, Viewpoint. The network also aired Aquino’s announcement that she would run for the presidency if there was a petition campaign with at least one million signatures.

After the EDSA Revolution, GMA further pioneered the coverage of the aftermath of People Power, even as other media corporations were slowly being restored. GMA was the first to report that Marcos-elected officials like Juan Ponce Enrile and Fidel Ramos have broken away from the administration to join the opposition.

#6 GMA was the Philippine representative broadcaster for 2000 Today.

2000 Today was a massive international television special that commemorated the turn of the millennium at the beginning of the Year 2000. More than 60 broadcasters from all around the world participated in this special broadcast, with the whole program lasting 28 hours long.

#7 GMA is the first (and only) Filipino broadcast network to have won a Peabody Award for outstanding journalism.

The Peabody Award is considered to be the most prestigious honor in the broadcasting world, much like the Oscar is for the film world. And GMA is the first and only Filipino network that has been awarded the Peabody for excellent journalism, and it has won the award four times already.

GMA first received the award in 1999 for its body of work composed of the I-Witness documentaries “Kidneys for Sale” and “Kamao” reported by Jessica Soho, and the Brigada Siete cover story on child labor reported by Jay Taruc.

GMA also won the Peabody in 2010 for the “Ambulansya de Paa” documentary reported by I-Witness’ Kara David, and another one in 2013 for GMA News TV’s Reel Time “Salat” episode. Its most recent win was in 2014 for the network’s outstanding coverage of Supertyphoon Yolanda.

#8 GMA Network scored many firsts and accolades, particularly for its newscasts.

Aside from the prestigious Peabody Award, GMA has also garnered several other accolades from international award-giving bodies for the network’s strong news broadcasting.

In 2003, GMA’s Saksi won the Gold Medal for Best Newscast from the New York Television Festival, the first Filipino newscaster to do so. In 2005, the network received the Asian Television Awards’ Best Terrestrial Television Station, besting out other news stations from South Korea and Singapore.

GMA is also a pioneer of premiere reporting, actively shaping the newscasting that we know today. When it was launched in 1998, GMA Network News was the very first late-night newscast in the Filipino language ever since the domination of English-language newscasts from the 1960s. Other networks like ABS-CBN and ABC (now TV5) soon followed suit until Filipino-language news broadcasting became the norm.

Which of these trivia about the GMA network were you surprised to know? Do you know any other interesting facts about GMA we may have missed on our list? Let us know by sharing them with us below.