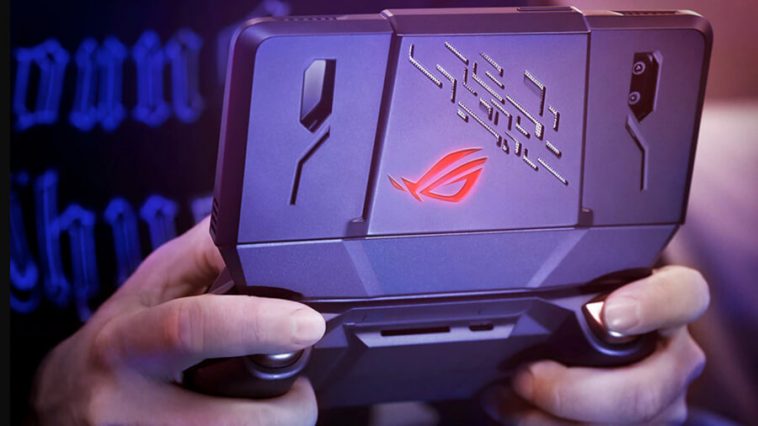 ASUS’ venture into the gaming smartphone market started off with a bang when it launched the aptly called ASUS ROG Phone for its high-performance specs which overshadowed its entrenched competitors in the same business.

For the tech savvy individuals who are up-to-trend in the tech industry, the idea should hardly come as a surprise given the ROG—or Republic of Gamers—brand’s prominence in the gaming scene, thanks to Asus prowess in developing competitive hardware.

But while the ASUS ROG Phone may pack serious horsepower in delivering games at the smoothest frames and longest time possible especially when running at the so-called “X Mode,” this phone is not necessarily complete by itself. As is true with the trend in the industry, the complete gaming experience with the ASUS ROG Phone is only possible when it’s paired with peripherals aimed for the gamers in mind. This means having an external controller or any other auxiliary device meant to facilitate comfortable gaming would not be coming out-of-the-box with this luxurious device no matter the price.

It is already common knowledge that electronic devices produce more heat under heavy load. For graphics and processing-intensive tasks like running games on a mobile device, dissipating the heat had always been the core of the problem, hardware-wise. An average smartphone’s typical design, however, is not necessarily ideal for prolonged gaming and is the reason why many of them overheat in the process. Although the ROG Phone may still share this fault, ASUS is making a peripheral which was aimed at addressing this problem on top of what the device is already inherently capable by itself—the AeroActive Cooler.

Essentially, the AeroActive Cooler is the ASUS ROG Phone’s insertable and removable fan cooling add-on from the back.

Any smartphone’s touchscreen is not always up-to-par when compared to gaming with the traditional joystick controller and is the reason why third-party game controllers for smartphone manufacturers thrive. While the ASUS ROG Phone may find compatibility in some of these which are already in the market, there is also a controller aimed specifically with this device. As what you would expect in a quality controller, the controls are very responsive. Another good thing about this add-on controller is that it is not necessarily exclusive for the ROG Phone. It could connect in literally any device which shares its wireless capability.

On the other hand, the ASUS ROG Phone WiGig dock lets you mirror what’s on your screen to a bigger display, wirelessly. The dock will connect on your phone via a low-latency WiFi — the dock is then connected to the bigger monitor/TV via cables.

Partnered with the Gamevice controller, this can easily turn in to a laid-back, console gaming-like experience.

Ever think that the original Nintendo DS and its successor, the 3DS, are a remarkable device for their time for giving users a dual-screen display? Well, the ASUS ROG Phone also has one, albeit not similar in functionality (yet) as the aforementioned. At its current state, the TwinView Dock is only capable of mirroring the ROG Phone’s display when inserted in the dock. But future capability such as making use of the dock’s display work as complementary to the device’s—like the one in the DS and 3DS—is already under planning it seems.

This controller has four front-facing speakers for better audio and positioning in games. There’s also dual haptic feedback for better immersion. And a large 6000mAh battery that powers both the accessory and the device itself. While the TwinView Dock has its own second display natively to which the phone will be mirrored, this particular dock is mostly only a platform which gives the ASUS ROG Phone physical connectivity to an external display such as a TV or a monitor via HDMI.

That’s about it. We certainly hope that if ever ASUS Philippines brings the ROG Phone in the country, they would include most, if not all, of its gaming accessories.