When it comes to PlayStation exclusives, we usually have high expectations towards it. Well, who can blame us?

We’ve recently got award-winning blockbuster games such as God of War, Spider Man and Horizon Zero Dawn in the past few months or year. So it comes to no surprise that Days Gone was really hyped prior to its release date. Don’t forget how the game was delayed countless of times; only for the hype to be built up further and further.

Days Gone was developed by Bend Studio, the same studio behind the classic Syphon Filter games. Seriously, we need a new Syphon Filter game. The ending of Logan’s Shadow was too much of a cliffhanger for me. But let’s get back to the main topic.

The question now is: Does the game live up to the hype? Well, you can read my full review below or if you’re too excited, you can go ahead and jump to “The Verdict” section. 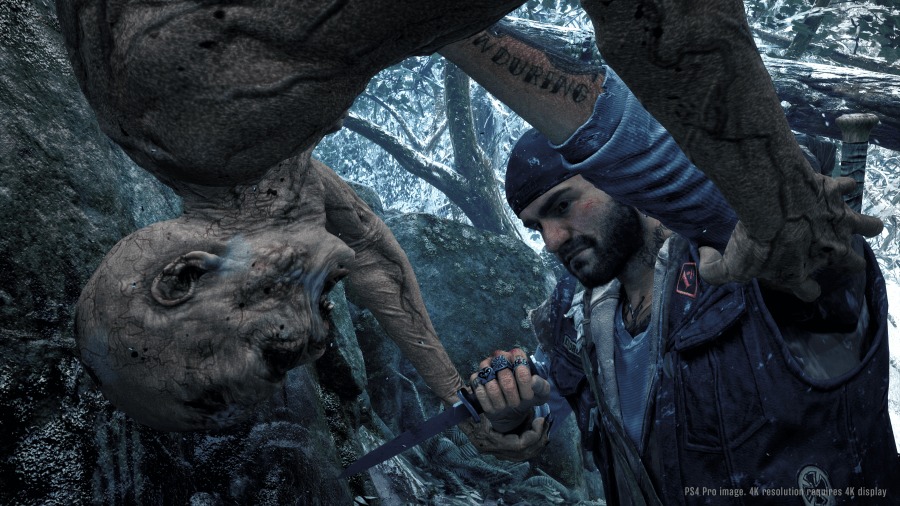 The game follows Deacon St. John, a biker gang member turned bounty hunter. Deacon, or Deek, was forced to be separated from his girlfriend during the start of the Freaker (Zombie) attacks and has now survived the apocalypse with his best friend, Boozer.  It is now up to Deacon to figure out how the outbreak happened and figure out how to stop it. Days Gone is set in Oregon, or what’s left of it. It is filled with Freakers.

Throughout the game, it feel like the story gets dragged out and I wanted to skip some cut scenes/conversations as I believe they were meaningless. There are also certain points in the game where it will take you through emotional moments but the game lacks the proper delivery of scenes and dialogue; which will ultimately bore you out. What it also lacks is character development. I found it hard to emotionally invest in some of the characters unlike games like Red Dead Redemption 2 and God of War. Overall, the Story is actually not that bad it just follows the cliché zombie story route. 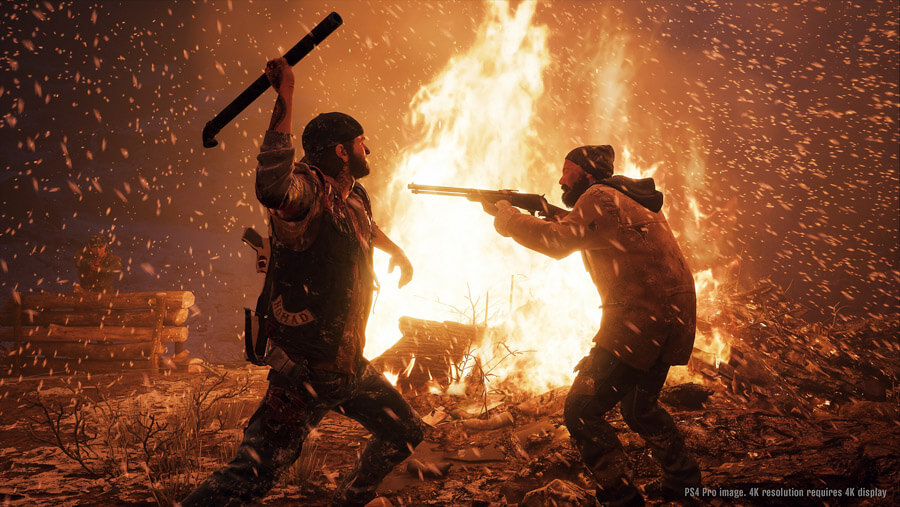 Days Gone’s gameplay actually saves this game for me. In order to progress through the story, you must take on missions from the various camps you come across with. The missions include bounty hunting missions, tracking and rescue missions, bike chases, infiltration, and more. At first, you’ll have fun with the different types of mission but by 50% of the story, the gameplay does get too repetitive.

The game is a standard third person shooter with the importance of stealth. If you want to be safe, being stealthy is the best option. This isn’t a zombie game like Dead Rising where you can just go in and hack and slash and wipe out zombies with ease. Days Gone wants the players to strategize and manage your resources before making an attack.

I liked the feel or atmosphere set in the game. I actually never felt my character was safe from the Freakers, Rippers and Bandits. There was this time where I tried to rush past a group of bandits and one of them tackled me off my bike I was honestly shocked that it happened. Luckily, the combat system in this game is fun and easy to learn. 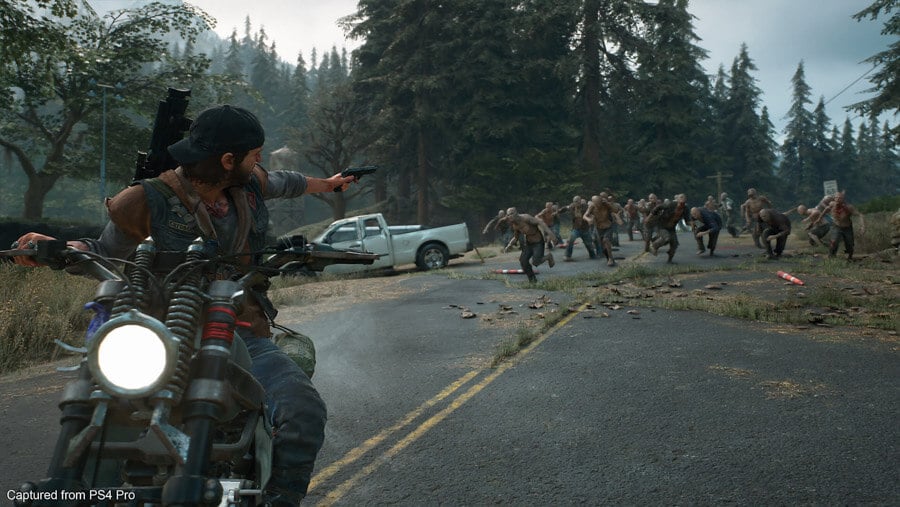 But for me, the best thing about this game is your motorcycle. The feeling you get when riding it is extremely fun. The bike handles very well and it responds to your actions. Along with that, upgrading your bike is a rewarding experience as you can actually feel the difference when riding an upgraded version of your bike to the standard one. It’s like Mad Max all over again.

Horde Chases are also a lot of fun. Being chased by a hundred Freakers is one of the most exhilarating experiences the game can offer. You can do your best to avoid hordes but some missions will need you to take on them. 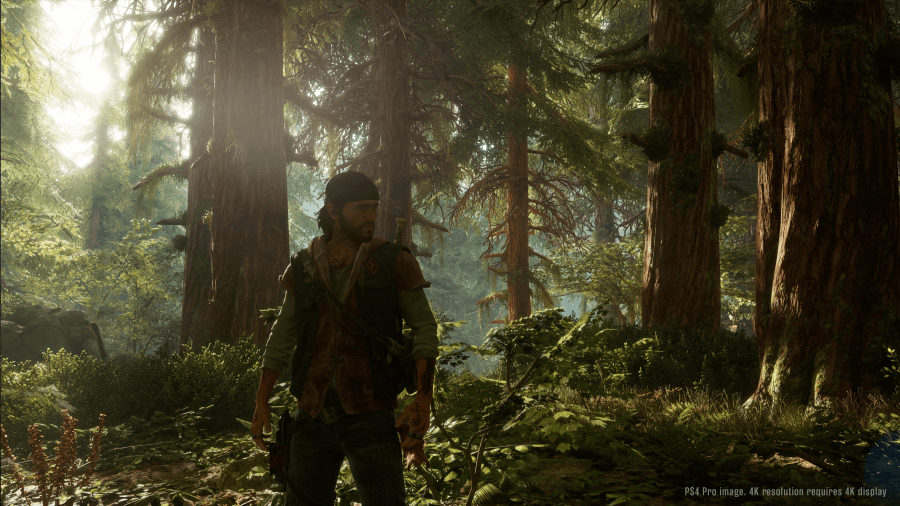 The open-world of Days Gone is a sight to see. The world is well detailed and the real-time weather looks great. Players will get to experience various weather such as sunny and rainy days and snow. It actually shows you how the world would look like if an outbreak happened. Driving down the road can be frightening, especially when Freakers, Rippers and Bandits are around. The camps are filled with NPC that communicate with each other.

Throughout the game, I’ve experienced Frame Drops and Texture issues. I was using a standard PlayStation 4 by the way. Although, PS4 Pro users were able to experience these issues as well. I also happened to chance upon the game’s frame rate dropping as it loads some areas I’m about to enter. Surprisingly, after being chased by a horde of zombies, I didn’t experience any frame drops. Although, I could’ve been stressed about the zombies and didn’t notice the drops. As of now, patch updates were already released in order to counter some of the bugs.

Bugs and issues aside, they are not game breaking and thus; will not entirely ruin your gaming experience. 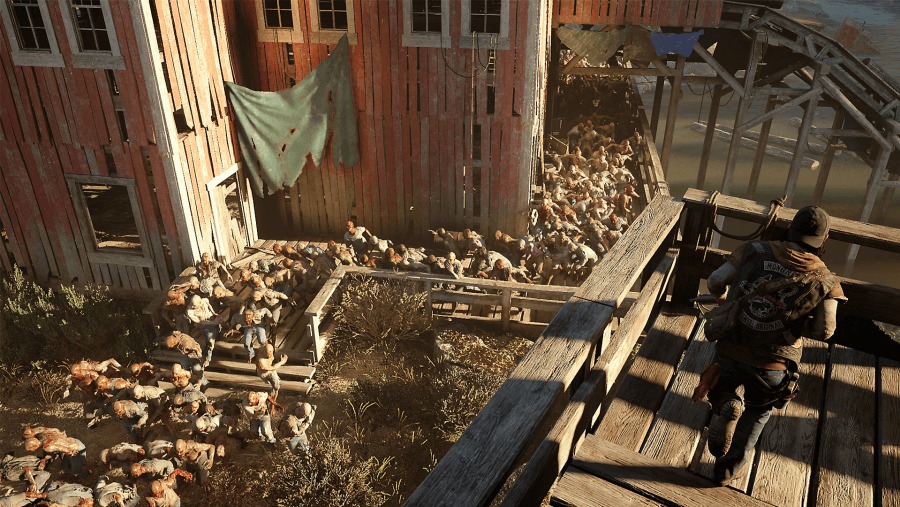 There were a few sound glitches here and there but overall it was fine. One thing I liked are the screeches of the Freakers. It was really frightening. Can you even imagine being chased by a horde of zombies and hearing various freakers behind you? The sound of the motorcycle engine was also very detailed. I had fun travelling inside tunnels as the sound gets muffled through the walls. Overall, the sound in the game was excellent. It was able to do its job, which was to sell the outbreak and the overall apocalypse experience. 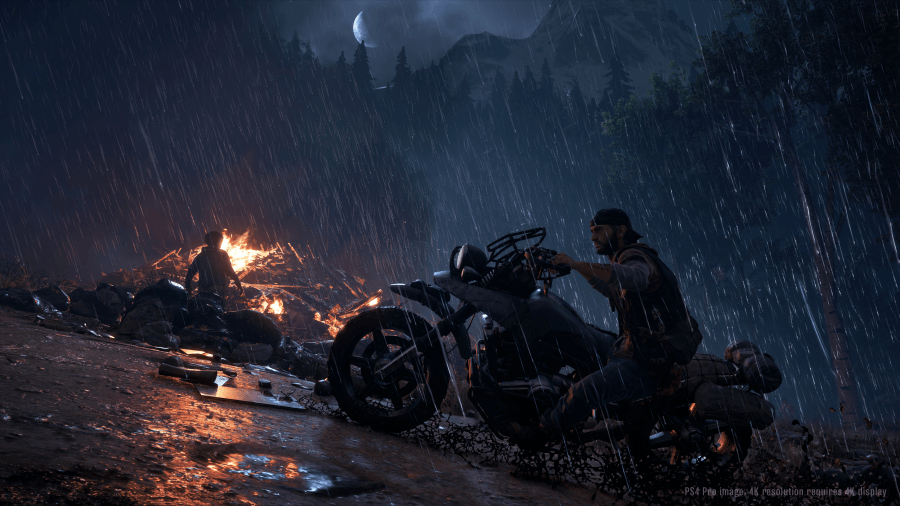 Did we unfairly set the bar too high for Days Gone? I honestly believe so. Bugs and kinks and all, It’s still a good and fun game to play. I was actually shocked at the number of negative reviews the game has received. For me, I will give it a score of 8/10. Nothing too crazy but then again, that is fine. Not every game has to be flawless and a masterpiece. I would suggest waiting for the game to go on sale. If you can’t wait that long enough, buying it right now would still be a good move.

Inclusions in the Collectors Edition version can be found here.

Have you played the game already? What do you think of it so far?