Fortnite is now officially available to all iOS users as a free download in the App store.

First revealed several weeks ago, Fortnite went to a closed beta testing period which helped the developers improve the game and fix bugs before being launched to the general public.

According to Epic Games, the company behind the smash-hit game, says that only iPhone SE, iPhone 6S and newer will work with Fortnite mobile. This means that those who are still on iPhone 6, 6 Plus, and 5S, won’t be able to download and enjoy the game. That’s not because they don’t want people with older phones to play the game, but it’s more of a performance thing since the game is resource exhaustive. 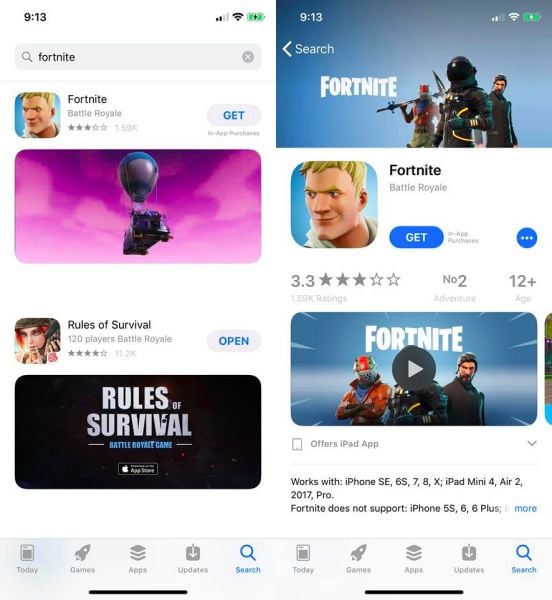 What should you expect from the Fortnite game on mobile devices? Well, the exact same experience on PC and consoles. It’s basically Fortnite: Battle Royale with all the bells and whistles — nothing stripped down.

Unlike PUBG Mobile, Fortnite is cross-platform which means that people can play together regardless if they are using a smartphone, desktop PC, Mac, PlayStation 4, or Xbox One. The game also syncs the progress wherever the user plays, because it is saved on the Fortnite account.

Fortnite for Android is said to be coming in the next few months, according to Epic Games. Those who are interested can sign-up to the email list to get notified immediately.