Black Shark, a new company backed by the Chinese technology giant Xiaomi, is scheduled to officially unveil its gaming smartphone over a week from now.

The handset is expected to compete with another gaming-centric device — the Razer Phone. It’s not an official ‘Xiaomi’ smartphone, so it will carry the Black Shark branding. 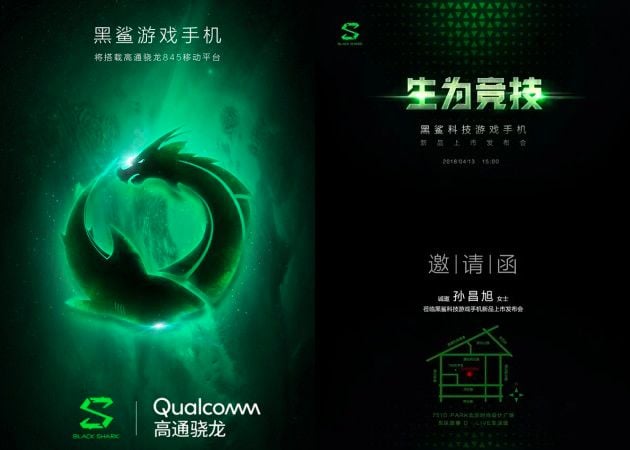 The invite clearly shows Qualcomm’s logo, so we expect this phone to wield the new Snapdragon 845 processor. Aside from that, it’s rumored to feature 8GB of RAM and storage options ranging from 64GB up to 256GB. As for its display, it is expected have a 120Hz refresh rate for a smooth gaming experience.

For gamers who are currently looking at Razer’s offering, it’s best to hold off for now and wait for the official reveal on April 13. Xiaomi is always aggressive in its pricing, so it goes without saying that we expect the same with Black Shark.