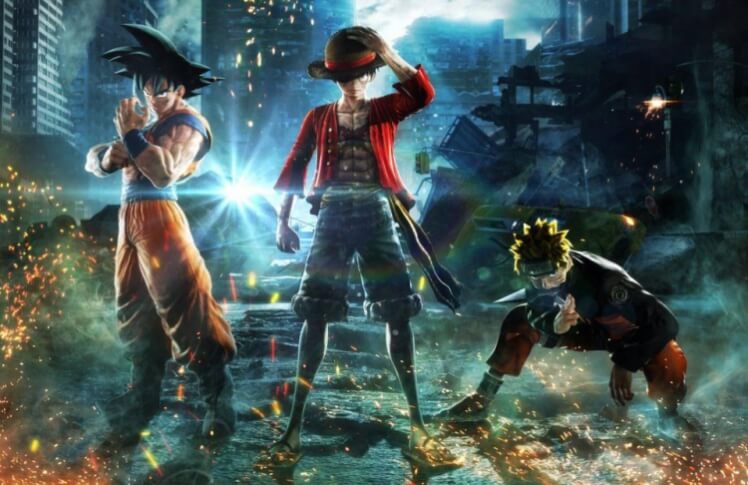 Jump Force was announced through a Trailer released in Microsoft’s E3 2018 Conference. There is no information available yet regarding the release date on PC and Nintendo Switch platforms but it has been confirmed to be released on consoles like the PlayStation and Xbox.

The trailer featured Naruto, Goku from Dragon Ball Z and Luffy from One Piece fighting Frieza from the Dragon Ball universe.

The setting for the trailer looks to be in America as there was a flag shown in some scenes. Near the end of the trailer, Ryuk, the Shinigami from the anime Death Note was shown hovering near another character presumed to be Light Yagami.

We all know that this isn’t the first mashup fighting game released by Bandai Namco with past titles like J-Stars etc. But what separates Jump Force from the former games is its look. Based from the trailer, the game’s texture looks more realistic compared to the past games where it looks animated or anime-ish.

Let’s hope the complete roster of playable characters gets released soon. We’re personally hoping to see Ichigo from Bleach and Yugi from Yu-Gi-Oh! to make an appearance.

Jump Force is expected to be released in 2019.