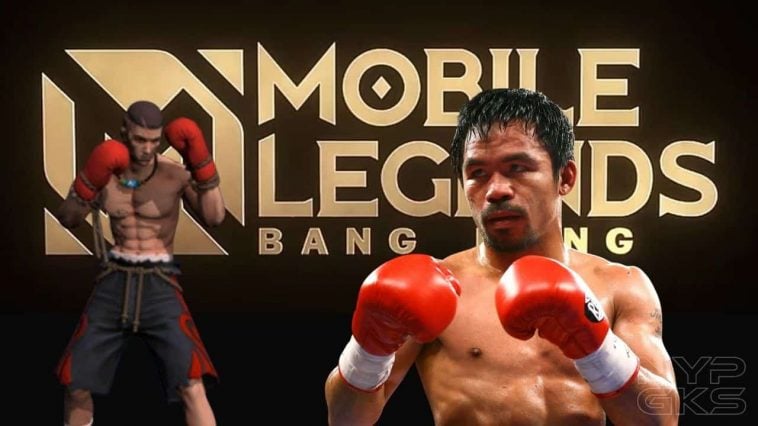 Popular mobile game, Mobile Legends: Bang Bang, is getting itself a new hero in the persona of Paquito, inspired after its latest ambassador from the Philippines, Manny Pacquiao.

A hero unique in its own right, Paquito faces the battlefield with his fists, essentially as a boxer similar to real-life boxing legend, Manny Pacquiao, who rose to fame—and from rags to riches—in the exact same sport.

During a conference held last Saturday, the now-politician Pacquiao made a statement as to how he felt honored to represent Mobile Legends and more so for having a hero in the game created after his image.

Paquito’s entry in the highly-prominent mobile title was teased a little more than a week ago which displays everything that can be anticipated with the upcoming hero, with reference to Manny Pacquaio as the “fighting pride of the Philippines.”

The addition of Paquito to the game’s roster of heroes based on the current Welterweight defending champion is another legacy for Pacquaio. Just recently, the “people’s champ” made another substantial landmark by having a Madame Tussaud wax figure after himself in Hong Kong.