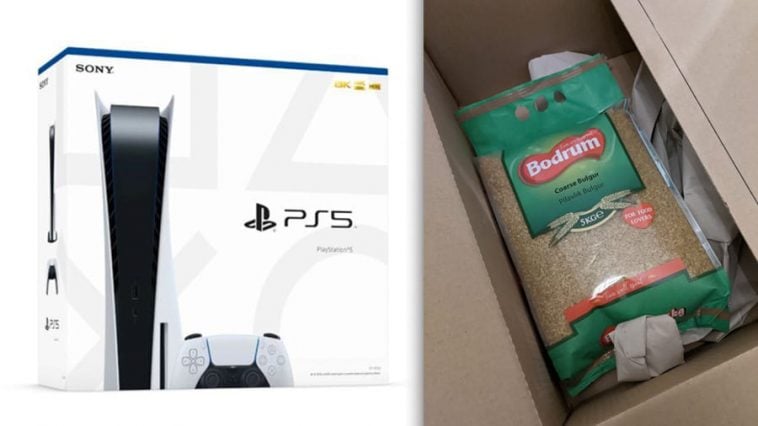 Gamers who are excited to play with their brand new Playstation 5 were dismayed when they saw what was inside the box delivered to them.

Apparently, instead of getting the actual next-gen console, some Playstation 5 came with cat food and bags of wheat among others. Some customers even received an air fryer and a grill.

Apparently, these units were ordered through Amazon. Dismayed buyers took to Twitter and posted their experience. You can see some of them below.

Customers suspect that it may have been the delivery drivers that stole their Playstation 5 units by replacing the contents of the delivery boxes.

Amazon has already released a statement through The Guardian. A spokesperson said that they are currently investigating to figure out what happened and are reaching out to customers who experienced the problem.

To make matters worse, scalpers were proud to announce that they gathered 3,500 PS5 units with the intention of reselling them at a higher mark-up. These people used bots to be the first in line when ordering the PS5, which is known to be in limited stocks and can’t meet the overwhelming demand.

Here in the Philippines, the PlayStation 5 has a price of Php27,990. It had a quick 5-minute pre-order back on November 20, but immediately went out of stock in seconds.