The PlayStation Classic is Sony’s take to what Nintendo has already done with the NES Mini and the SNES Mini, which is re-releasing popular past consoles. This goes to show that retro gaming has enough demand to even warrant a new release and that it’s making a comeback.

The new PlayStation Classic has an HDMI Output, The classic Power button, Reset button and Open button will be making their way back as well.

As of now, only 5 games were announced to be pre-loaded to the game. They are Final Fantasy VII, Jumping Flash, Ridge Racer Type 4, Tekken 3, and Wild Arms. The other pre-loaded games will be revealed along the way. Personally, I’m hoping classic PS1 Games like Syphon Filter, Metal Gear Solid, Crash Bandicoot and Crash Bandicoot Racing to be incldued.

The console is expected to be released on December 3, 2018 with the price of Php6,190. To compare, here’s the price of the classic Nintendo units released, the NES Mini cost USD $60 while the SNES Mini Cost USD $80 or right around Php3,244.00 and Php4,325.00, respectively. Clearly, there’s a huge price difference and hopefully, PlayStation more than makes up for it. 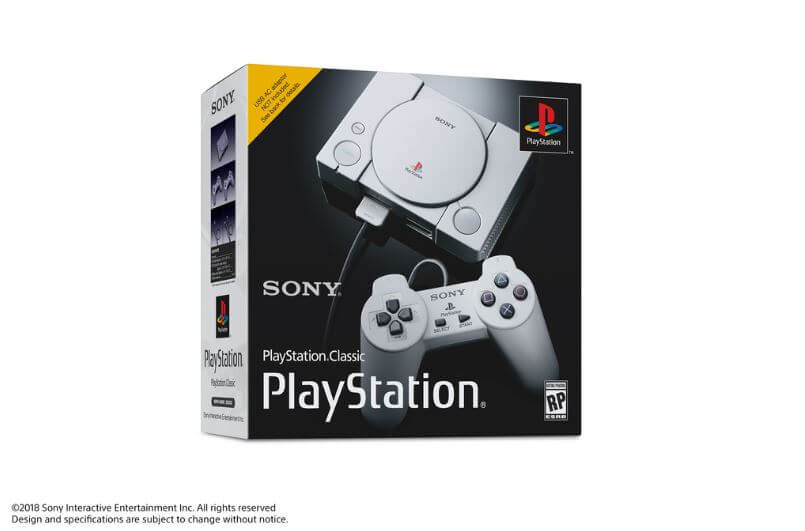 This is great news for retro gamers that usually play classic PlayStation games through emulators. Now, you can play your nostalgic childhood games in high definition. Saving the game without a memory card is possible thanks to its built-in memory.

Although, do not expect the classic games to have exceptional graphics like most games released in the 2000s. The games included were not digitally remastered so the graphics would probably still be the same as before or improved just a little bit.