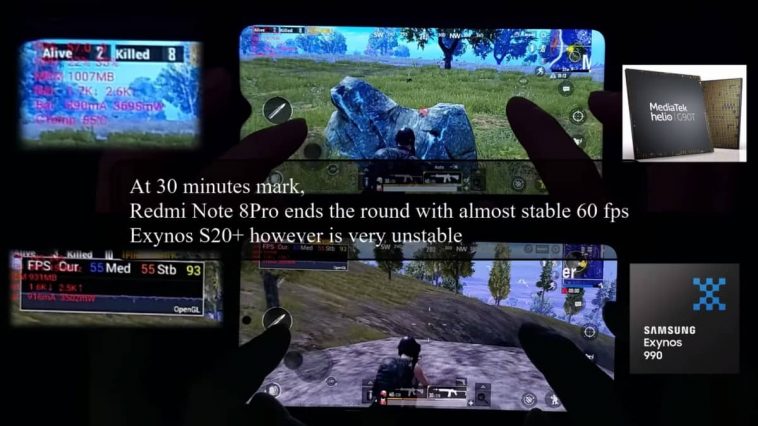 The Samsung Exynos 990 is not performing as one would expect for a top-tier chip. In addition to not performing up to standards, it got beaten by a midrange MediaTek chipset in a PUBG mobile test.

How bad is it? It’s so bad that users are petitioning Samsung to stop using its in-house processors on its mobile devices. It’s so bad that even the mid-range Redmi Note 8 Pro can beat the Exynos 990-powered Samsung Galaxy S20+ in gaming, and there’s a video to prove it.

YouTube user Chong Liu recently uploaded a video comparing the gaming performance of Redmi Note 8 Pro and Samsung Galaxy S20+ over a gaming session of PUBG Mobile to see how their framerate, battery and temperature would fare.

On the other hand, the budget-friendly Redmi Note 8 Pro (Php11,490) that’s powered by Mediatek Helio G90T, meanwhile, was able to sustain its 60 fps performance all throughout the game.

Want proof? Watch the video below and see for yourself.