Boys and girls, what we have here is probably the most bizarre Cherry Mobile device yet, a smartphone that’s designed and made for real Facebook fans – the FB100.

We’ll surely gonna be reviewing this interesting device, but before that, here’s my quick unboxing and first impressions on this thing.

The packaging is pretty basic and straightforward. Sliding out the initial cover reveals the device itself sitting at the top. Beneath it lies the User Manual, a leaflet that shows some of Cherry Mobiles built-in apps and features; we also have a power adapter, microUSB cable, a 2000mAh battery and a set of earphones with built-in microphone.

So yeah, that’s everything on the package. Now let’s take a quick look at the device itself.

Well, the Cherry Mobile FB100’s aesthetics shouts nothing but pure Facebook footprint. The blue panel, which not only represent the social media giant’s color scheme, but it also looks very refreshing. We’ve seen tons of devices on this caliber that was painted in black, gray, white – the best thing that we actually had is the rampant Rose Gold variant. It’s invigorating to see a device that’s tinted in blue. 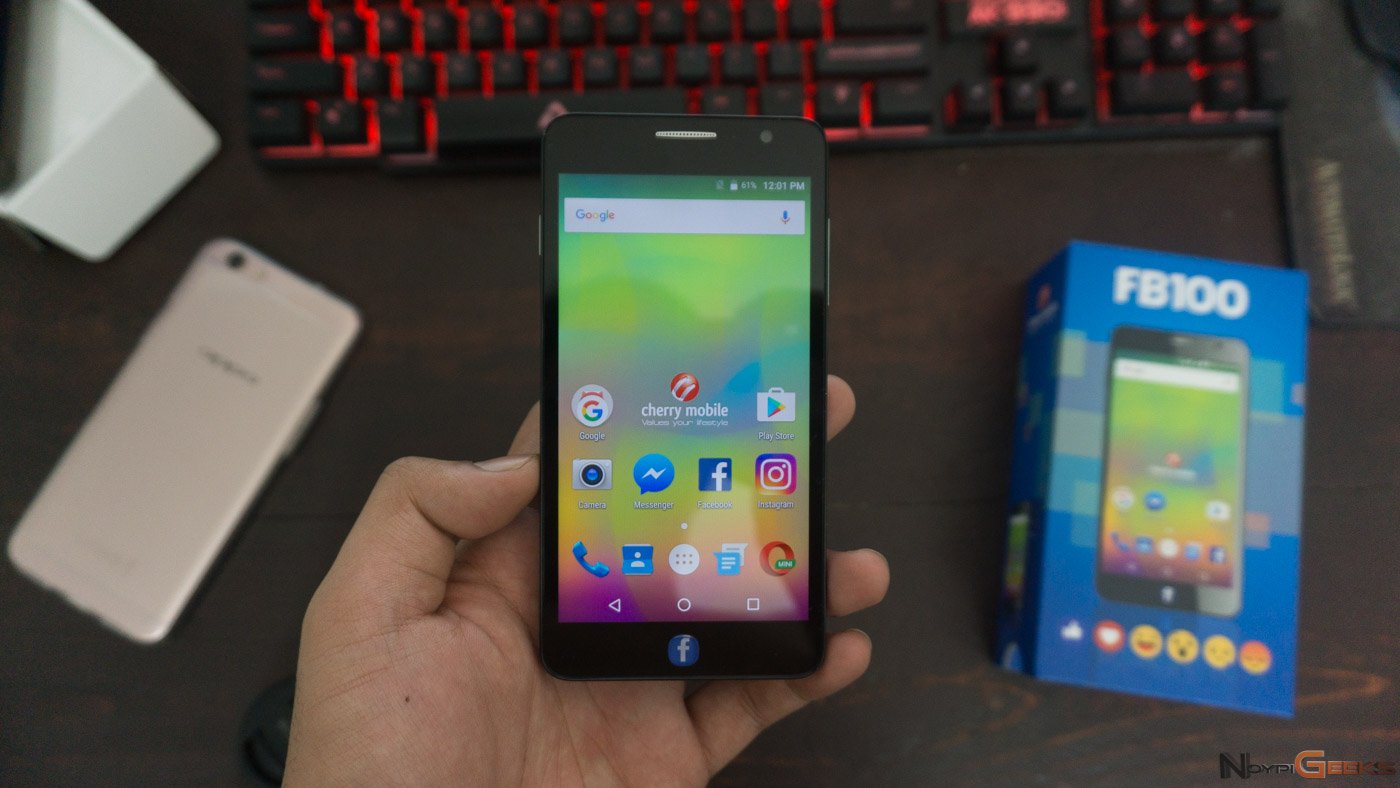 And if the obvious back panel still didn’t make it obvious, well, we have the Facebook logo itself exhibited at the Home Button itself. Yup, the glass-looking button has the Facebook logo printed behind it. It depends on your preference if you actually find this appealing of no. But for me, it kinda looks cool when considering its purpose. However, I’ve noticed that the material choice made the button less tactile and it feels mushy when pressed. 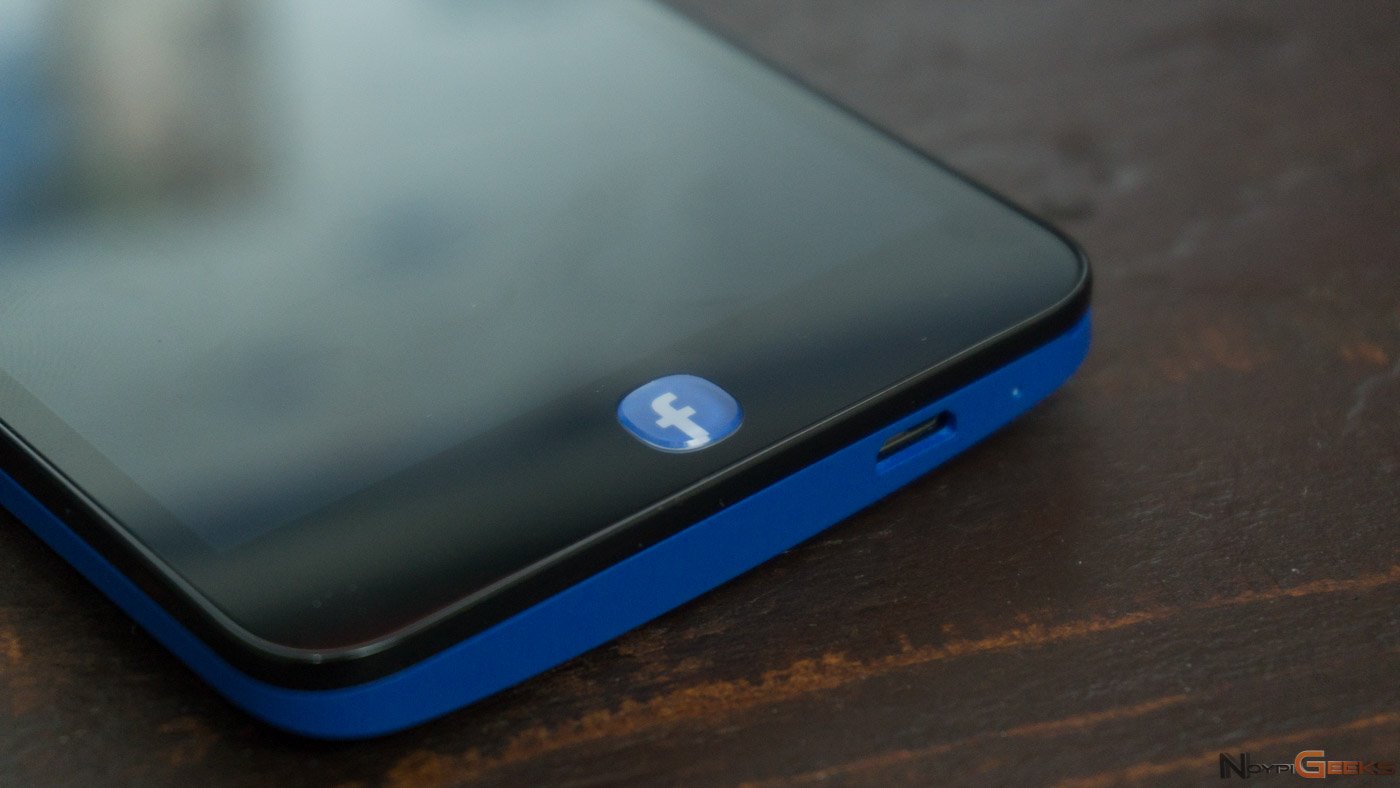 The device also feels lightweight and comfortable in the hands, something that’s not really surprising for a 5.0” smartphone.

Well, that’s it for now. I’ll reserve the rest of my judgment on our full review, so make sure you stay tuned.