Are you one of those impatient users who would rather browse the web using your 4G LTE mobile data instead of your WiFi home network? Apparently, there are a lot of people like you out there.

In the recent State of WiFi vs Mobile Network Experience report that OpenSignal published, the Philippines belong to the top list of countries where LTE speeds outshine WiFi connectivity.

As per OpenSignal, 4G LTE has average speeds of 9.6Mbps, while WiFi only has 7.6Mbps. While both 2G and 3G connections only scored 6.3Mbps.

That’s is the reason why you can browse faster on your mobile data than your WiFi. Not to mention the fact that your home network is also catering the other WiFi-enabled devices from different people inside your house.

If it’s any consolation, the Philippines is actually number 47 in the list with a 2Mbps difference. While we have Lebanon in the top spot, with an LTE to WiFi difference of 25Mbps. 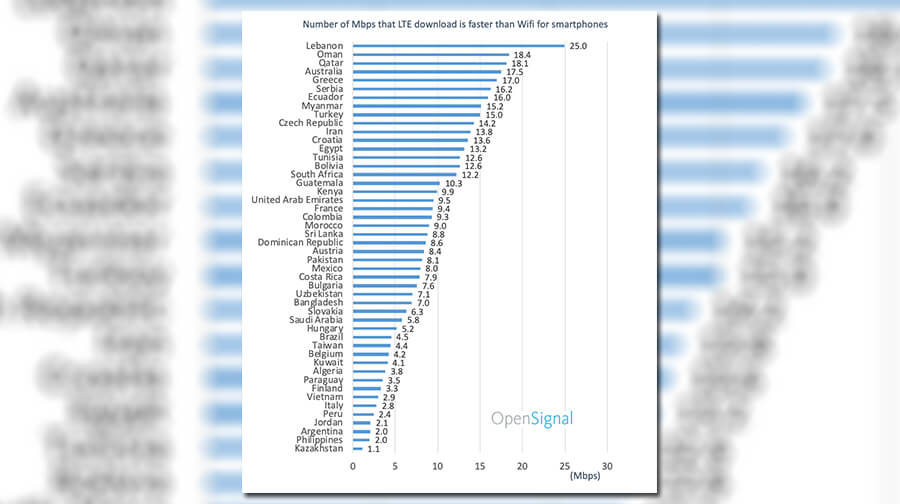 The same research firm recently reported that the 4G LTE speeds in the country have actually greatly improved in the last few months, with Smart Communications leading the race.

OpenSignal also added that mobile connection will eventually outdistance WiFi. This isn’t really surprising considering how fast 4G LTE already is, and the start of 5G deployment in the Philippines.

On the upside, internet service providers might use 5G to power home WiFis. OpenSignal explains that 5G is a more practical bet for ISPs who are hesitant in investing ultra-fast fiber lines.