Ookla, the company behind the popular Speedtest app, just announced the winners in their Speedtest awards for the third and fourth quarter of 2018.

Due to its popularity, the Ookla Speedtest was able to calculate which internet service provider is better thanks to different factors (Location and provider, Sample Construction and Aggregation, and more). 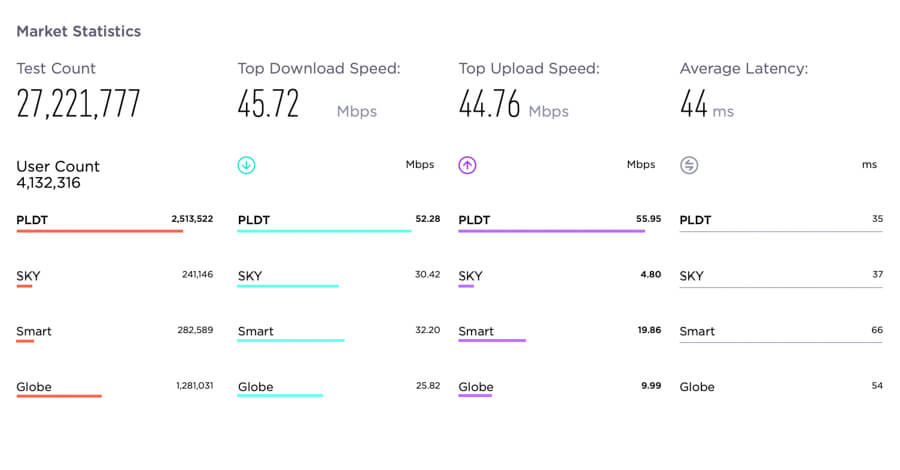 With that, Ookla gives the award for the Fastest Fixed Network to PLDT, which managed to pull top download speeds of 52.28Mbps and upload speeds of 55.95Mbps, totaling to a speed score of 18.57. That score is far from the second placer, SKY, which had a score of 11.23. 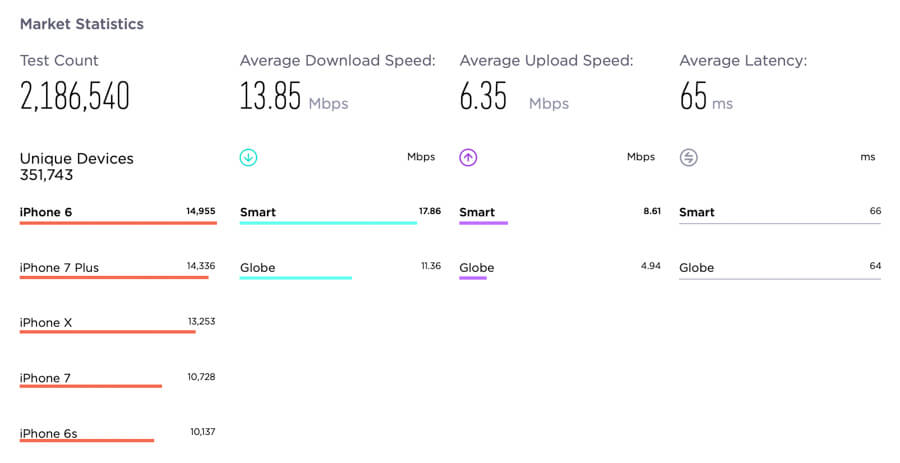 On the other hand, the Fastest Mobile Network award goes to PLDT’s subsidiary, Smart. The telco was able to provide average download speeds of 17.86Mbps and upload speeds of 8.61Mbps. That’s a 15.57 speed score, which is a major lead to Globe’s 10.10 score.

Ookla only included top carriers that have 3% or more of the total test samples in the market. Which is probably why you can’t find other smaller service provides, like Converge, on the list.