Apple will now completely move on from the iOS 10. At WWDC 2017, the tech giant announced the new and updated software that will be running both their smartphones and tablet line-up — the iOS 11.

Instead of doing a complete overhaul, Apple used the same iOS canvass and did a lot of retouches and refinements to come up with the new iOS 11. And what we have listed here are to most notable changes for the iPhone.

iOS also has other improvements that are exclusive to the iPads, which you can check out on a separate list we created here.

Apple brought a lot of convenient features in the new Messages app for iOS 11. For one, all of your activities within the app will be synced with all your devices, thanks to the cloud.

What’s more exciting is, it now has app integration. This is something that Facebook has been doing with their Messenger app, and it’s nice to see that Apple is finally implementing it here. This lets users share stickers, emojis, and games without having to leave the app. 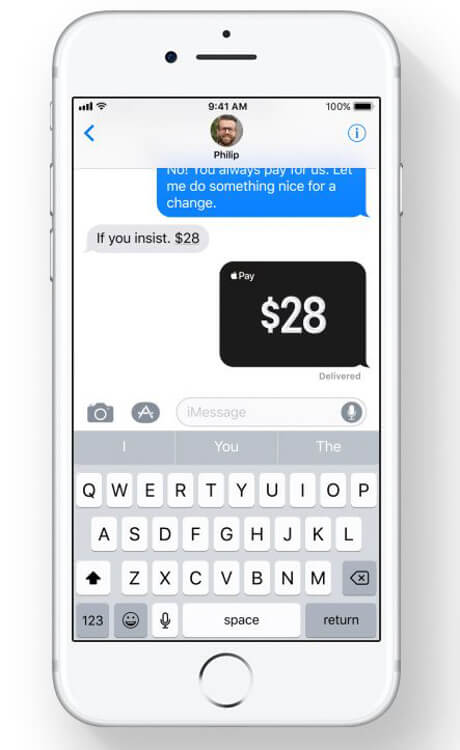 Also, it looks like the Cupertino guys are really betting on their Apple Pay product. Thus, they’re also integrating it into the Messages app. Users can do Person to Person Payment that lets them send money instantly and securely to a friend. Once the money is received, you can either send it again to someone else, spend it with Apple Pay-compatible stores, or transfer it directly to your bank account.

The first new “filter” will be called Loops, which will tailor the Live Photos animation to create a seamless loop.

The second one is Instagram’s Boomerang replica dubbed as Bounce. This will basically play Live Photos back-and-forth, like a quick-replay on a gif.

Now the last one is probably the most exciting among the three. This third one is aptly called Long Exposure, and it works like how you expected it to. It will combine all the frames collected on the Live Photo to create a stunning long exposure shot. This is an effect that can usually only be done by complex camera settings mixture.

Having an impressive camera hardware is just a part of the story. The software side also plays a big role in delivering good user experience and photos.

With the iOS 11, Apple is updating the Camera app with new tools and technology to further improve the whole photography system. They are implementing new professional-quality filters for more pro-looking captures. 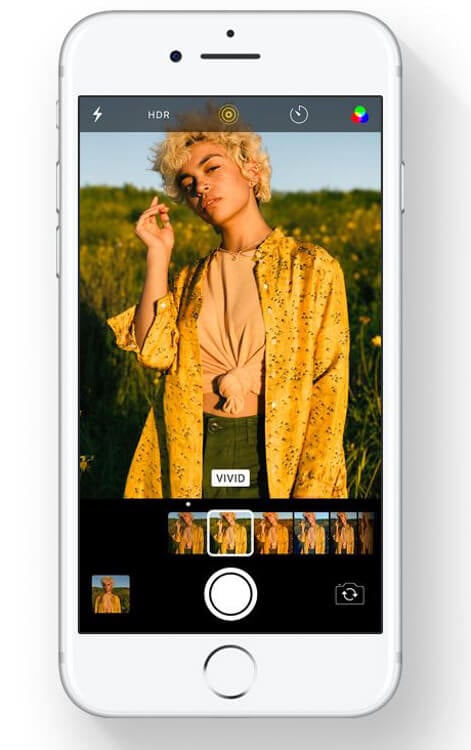 Apple is also reserving new classic filters to the iPhone 7 Plus’s portrait mode. It is also said that they are partnering with third-party developers to make new creative ways on utilizing the 7 Plus’ depth-sensing dual-camera lens. Since the sensors can detect the separation of the foreground to the background, developers can play around with the subject’s background. You can look at it like Snapchat’s face filters, although this time, apps can now change your background as well.

The Camera app will now also utilize two new file format for better storage saving. Apple will now use HEVC H.265 format for videos and HEIF for videos. These two new formats promise 2x better compression to cut its file size in half without compromising the quality.

Now, this is where you’ll see one of the drastic design revamps on the iOS 11. Unlike the previous versions, the Control Center now takes the entire screen. 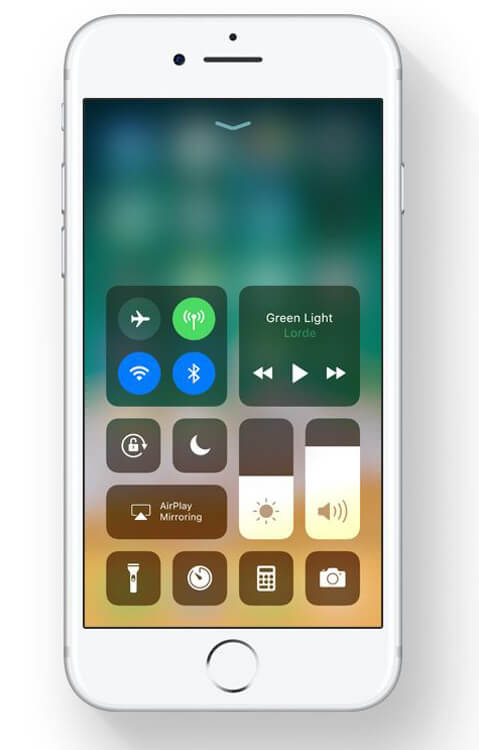 It is now also customizable, with new buttons for the volume, Voice Memo, and integration with HomeKit that lets you do things like dim the dining room lights. You can also 3D Touch each buttons to reveal more commands. Now, can we finally have a shortcut for the Cellular toggle?

“Do not Disturb” gets more aggressive

With iOS 11, the iPhone can now detect if you’re leaving with your car from home. Once it senses that your out and about, the device will automatically enable the Do not Disturb function. This will temporarily disable notifications like calls, texts, and other notifications till your hands is off the wheel. 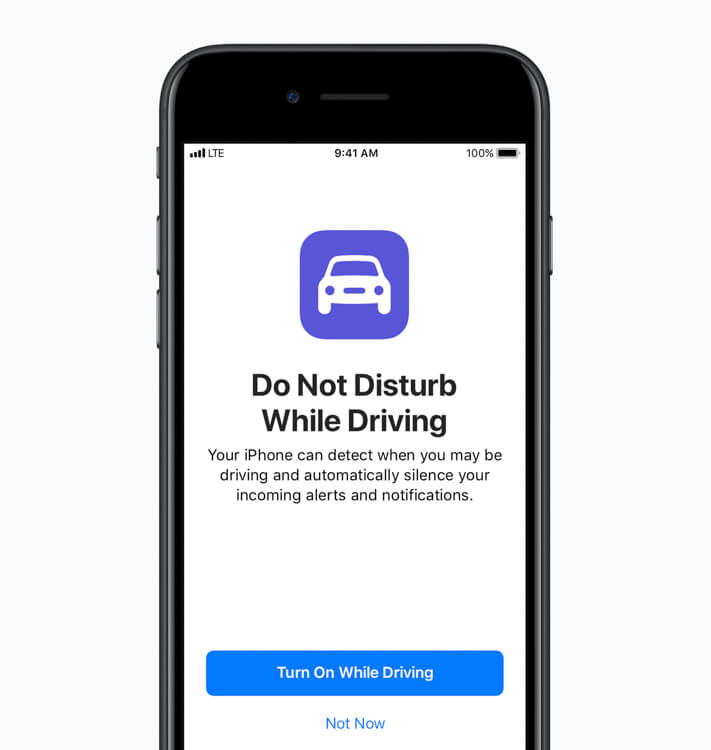 Anyone who’s trying to reach you will be automatically notified to reach you later because you’re driving. However, you can configure some exemptions for the contacts who are really important. Just keep in mind to stay safe on the road, and pull over when using the device

Apple is not giving up on Maps

Apple’s Maps app will be getting two new feature on iOS 11. First, the Indoor Maps, which acts like an establishment directory that provides detailed maps of major shopping malls and airports around the world. Considering how enormous the shopping malls can get right now, it’s nice to have a map available right in your pocket. 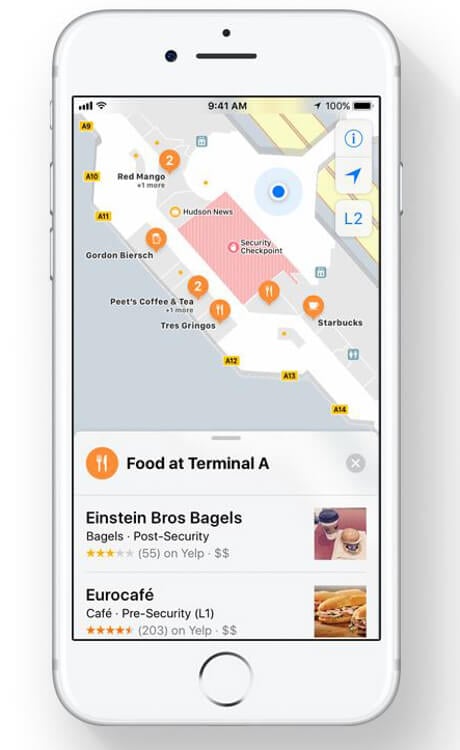 This next one is for the drivers out there, and it’s called Lane Guidance. This will practically guide you which line should you be in to avoid missing a turn. It can also provide the speed limit of the road you’re on so you don’t get pulled over by the police.

Apple completely overhauled the App Store for the iOS 11. It is now divided into different tabs, with each one oriented in a list manner. For a quick rundown, the Today Tab displays the latest and newsworthy apps. There’s also the Games Tab with a curated list of timely and notable games. 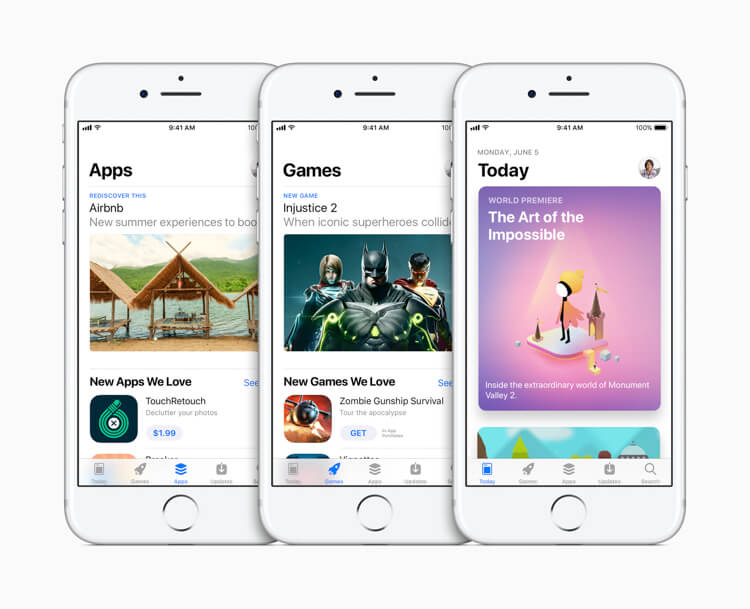 Siri just keeps on getting better every update. On iOS 11, our favorite virtual assistant can now recommend topics on the News app, QuickType suggestions, and advice searches in Safari based on your reading activities.

Also, Siri can now do translations. You can simply ask Siri in English how to say a word in Chinese, Spanish, French, German, or Italian. Apple promised to support other languages in the future. 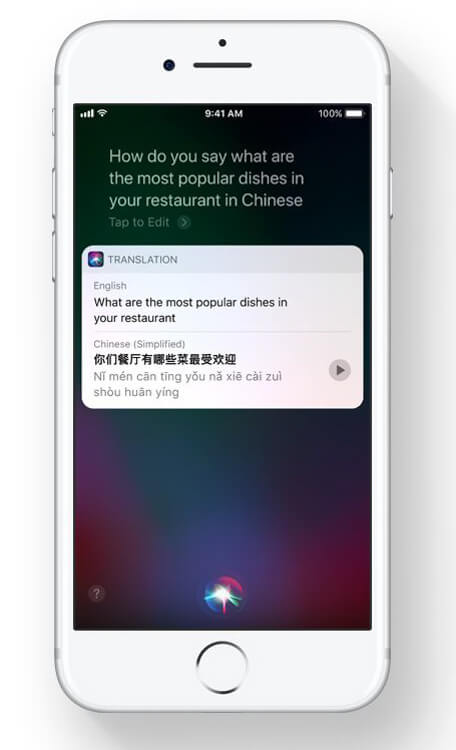 And since Apple’s heart has a big space for music, Siri can now be a musicologist. You can simply ask Siri to play music, and Apple Music will automatically put on your favorite track. And as a bonus, you can ask Siri questions like “Who’s playing drums in this song”, and expect an answer right away.

Probably the most interesting trick that Siri learned this time is its improved voice. Siri can now speak with a more natural and expressive tone. It’s like speaking to a real human.

All these new features from Siri is also available to Apple’s new HomePod smart speaker.

The new developer preview for iOS 11 is already available with the public beta program slated to arrive later this month. The final release is expected in Q4 of this year and will be available from rthe iPhone 7 and 7 Plus up to the iPhone 5s. It can also run on the 6th-Gen iPod Touch and from iPad mini 2 up to the latest iPad Pros.