Apple’s new A7 chip makes its debut on the iPhone 5S. The first 64-bit processor to be ever used in a smartphone, its inclusion has doubled the device’s performance in processing and graphics in comparison to the previous generation. When compared to the very first iPhone, the Apple iPhone 5S boasts 40 times faster performance. The A7 also comes with a new part known as the M7, which is a motion co-processor that works separately from the main chip. As such, it handles motion data on its own by continually checking up on the accelerometer, gyroscope, and compass. In conjunction with the new CoreMotion API, the M7 paves the way for new possibilities for developers to measure and track fitness through apps and accessories.

Another first in the history of the iPhone is the fingerprint scanner, aka the Touch ID. Integrated into the Home button for security purposes, the sensor is capable of reading multiple fingerprints with superb precision. Apple reckons the passcode is too troublesome for users to use, let alone set it up. But with the scanner in hand, a simple touch at the Home button gives direct access to the smartphone, bypassing the need of a passcode altogether. With multiple fingerprint support, users can even configure the iPhone 5S to add other people’s fingerprints so they can unlock it, too.

Anyone doubting the Touch ID’s security should note that, as Apple claims, all fingerprint information are saved and encrypted deep into the A7 chip. No other software has access to them. They are not even backed up to the iCloud or Apple’s servers either.

To hardly anyone’s surprise, the Apple iPhone 5S runs Apple’s latest mobile operating system, the iOS 7, right out of the box. Basically a reimagining by Apple’s designer Jony Ive, this new iOS features a simpler and cleaner user interface, the long-overdue Control Center, multitasking improvements, and more.  Besides the end-user upgrades, the software has been also rebuilt from the ground up to exploit the new 64-bit processor. Existing Apple device owners will also be able to download and enjoy the new OS when it becomes available on September 18 as a free upgrade. 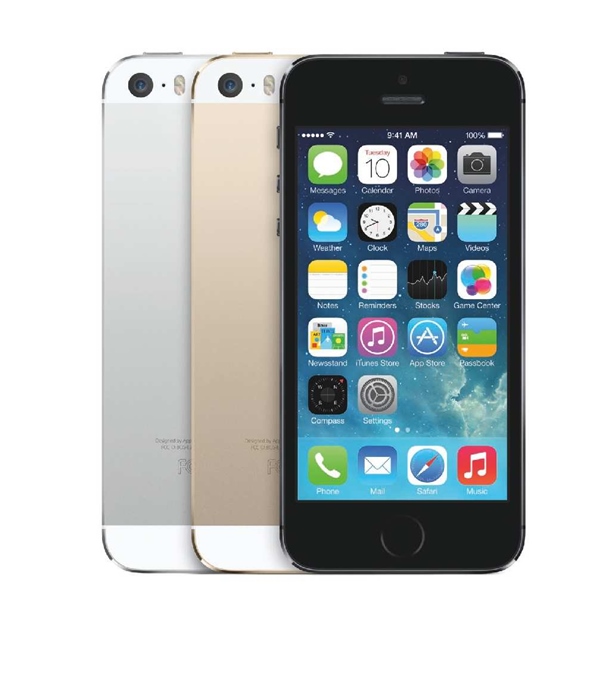 During the event, Schiller mentioned huge advancements in the camera of the Apple iPhone 5S. It now sports a 15-percent larger sensor and a five-element lens that’s proudly designed by Apple. The pixels land at 1.5 microns that, according to Schiller, translates to better pictures. By using a dual-LED flash, the camera is able to produce “True Tone” pictures with improved color temperatures and white balance. 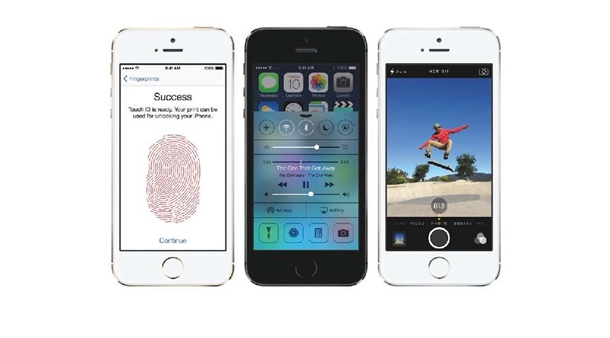 Battery life remains at a stellar level. Apple says the iPhone 5S can last up to 10 hours for 3G talk time, the same duration which users can enjoy for pure LTE browsing or video playback. Playing music, on the other hand, should last up to 40 hours, while standby times go up to 250 hours. 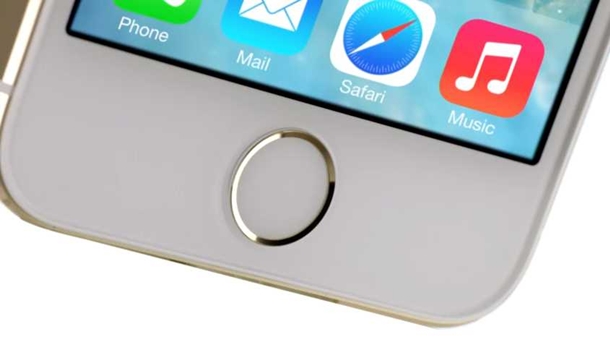 The Apple iPhone 5S will be available in 16, 32, and 64GB variants at their respective on-contract prices ($199, $299, and $399). All three models can be also purchased as factory unlocked for $649, $749, or $849. As an added protection, the phone also comes with an optional leather case—with six flavors to choose from—for only $39. The US, UK, Australia, China, Canada, France, Japan, Germany, and Singapore will be the first to receive the device on September 20, with other countries expected to follow suit some weeks after. With custom taxes, expect prices to be higher when the Apple iPhone 5S arrives in the Philippines.