A week after its announcement, Apple’s iPhone 7 beats on every Android phone on popular benchmarking app AnTuTu.

Last month, the fastest Android smartphone in AnTuTu’s database is the OnePlus 3. It has a total average score of 140,288 points – almost 40,000 behind the iPhone 7. 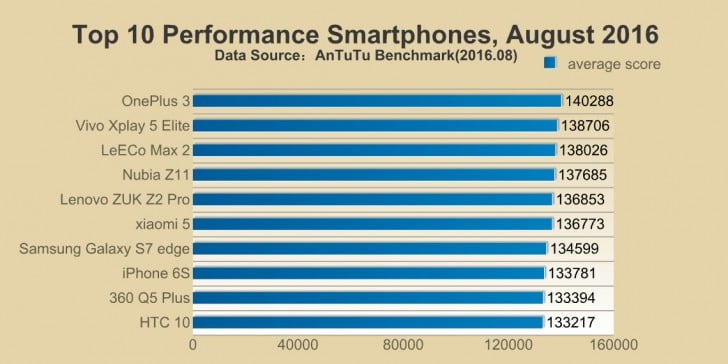 While benchmark results don’t necessarily reflect real-world performance, it’s interesting to know the results as it gives a good gauge of how good a device performs when put on load.

Apple finally jumped ahead and installed a quad-core chip on the iPhone 7 which ignited a significant boost in its performance. The A10 Fusion processor along with 2GB RAM certainly makes it look like Qualcomm Snapdragon 820 CPU running handsets aren’t worthy of being called a flagship.