HP has been known to create some of the best laptops around. And with the quickly changing phase of the modern world, the company has also adapted to the demands of new creatives and professionals. People who are always on the go need something that’s light and thin, but also has powerful hardware deep down inside. The HP ENVY x360 2-in-1 convertible laptop is one of the latest offering from the brand and it’s set to cater to professionals who work wherever they are. In case your creativity sparked, having it on your bag means that you can simply sit down wherever you are at anytime of the day. Edit photos and videos, write down ideas, doodle, the ENVY x360 can do everything.

While it’s a 13-inch laptop, the HP ENVY x360 doesn’t feel much like it. Its sleek and premium design together with the edge-to-edge keyboard and extremely thin bezels make it appear smaller than laptops with the same screen size. In addition, the ENVY x360 is also very light and thin despite its all metal chassis, which means that you won’t have problems carrying it around throughout the day. Sometimes, it’s as if you don’t have a laptop with you at all. 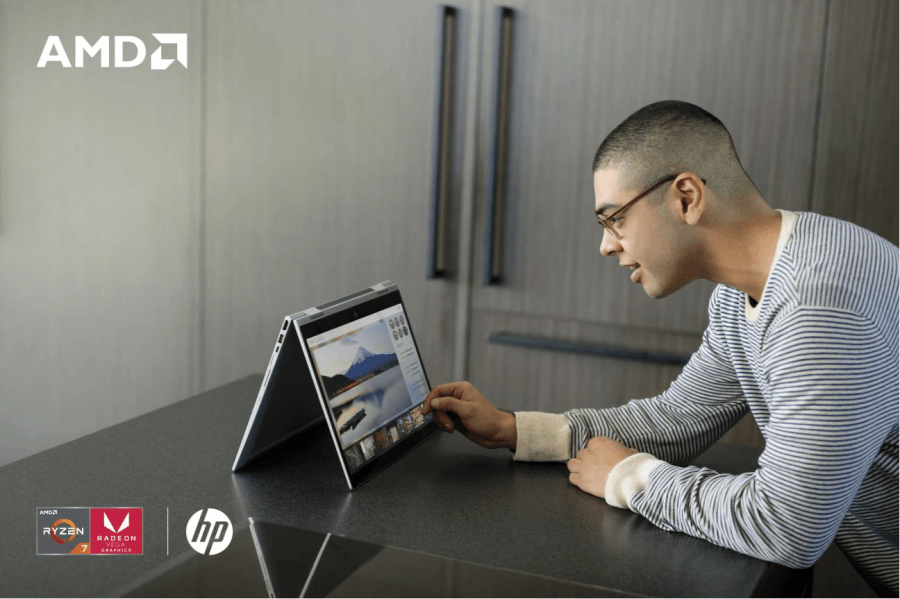 The display is one of the most important parts of a computer, so HP made sure that it got it covered. The HP ENVY x360 features a 13.3-inch Full HD IPS micro-edge WLED screen with beautiful colors. Since it’s made for creatives and it supports HP’s Spectre Tilt Rechargeable Pen, it can be a little harsh on the screen. To deal with that, HP decided to cover the display with Corning’s Gorilla Glass to help resist any scratches it might encounter.

Convertible laptops are gaining popularity because of their incredible flexibility and utility. With its 360° hinge, HP ENVY x360 can be used in four modes: laptop, tablet, ten, and stand. Depending on your needs, adjusting the laptop to work on your desired way is very easy. 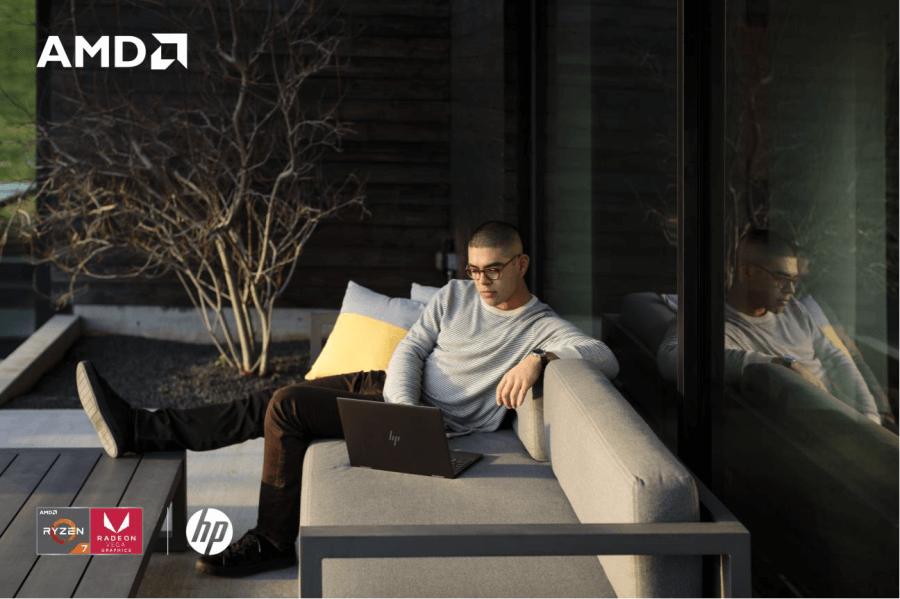 Unlike other laptops, the HP ENVY x360 doesn’t lack power. Even though it’s thin and small, HP managed to cram in a heavy load of hardware so that it can handle anything you throw at it. Under the hood, the HP ENVY x360 is powered by AMD’s quad-core Ryzen 7 2700U processor with built-in Radeon RX Vega 10 graphics, 8GB of DDR4 RAM, and 256GB NVMe M.2 storage.

HP ENVY x360 is not just for work. For entertainment purposes, the bright and colorful screen will also serve you well together with the Bang & Olufsen quad speakers enhanced with HP Audio Boost 2.0. Watching a movie, tv series, or any YouTube clip will be far more enjoyable as the sound comes to life.

Battery life has been one of the primary concerns when it comes to Windows laptops, but you’ll be glad to know that HP ENVY x360 can last for up to 11 hours of use. In case it’s time to top-up the power, HP’s Fast Charge technology can go from 0 to 50% in as fast as 45 minutes.

When it comes to convertible laptops, HP is definitely a leader in the industry and the HP ENVY x360 is a testament to that. If you’re a professional looking for something to use for both work and play, this laptop is a great fit and you should definitely check it out.