Have you ever had this feeling about a person that she/he would’ve been perfect if not for a single nagging detail that you just can’t ignore? Like if you found a lady that’s beautiful, hot, great to be with, you hit it off pretty well, but then you find out that she goes for tacos instead of hotdogs? I may not have experienced something like that yet, but at least I now have a sense of how it would feel like.

As you may know from my last review, I’ve had a love-hate relationship with my secondary phone, the venerable but aging Nokia C7-00. My chief complaints have been gratuitous amount of lag and dearth of apps. The only saving grace of the phone for me has been Nokia Drive (now known as Nokia Here), which is still the best offline navigation app, bar none. When Nokia announced the Nokia Lumia 620, I’ve finally found an excuse to put my C7 to pasture. Everyone knows how much of an Android fan I am (it’s the reason why I favor Symbian more than the other alternative OSes – it’s the most Android-like when it comes to features and customizability), but I am willing to give WP8 a chance. For one, I can’t do away with Nokia Drive.

On paper, the Nokia Lumia 620 was the perfect fit for my needs. At that time, it was the cheapest WP8 phone (the 520 wasn’t even announced yet), and yet it shares like 90% of the advantages of its higher-end siblings, most notably the Lumia 820. I bought my unit around 7 months ago at a really great price at Abensons (12k on credit with a free 5600mAh power bank!), so I’ve been able to use the phone extensively before this review. So, is the phone only good on paper?

To be honest, it was more difficult for me to make this review. Unlike the Galaxy Note 2, where the Android OS associated seamlessly for me with the hardware, I immediately had mixed feelings with the 620. Like I said on my intro, I would’ve found the Nokia Lumia 620 perfect (as I absolutely LOVE the hardware), if not for one nagging detail: it’s using Windows Phone 8. As such, I’ve chosen to break this review down into two sections: One for just the phone per se, and a mini review of WP8 as a “smart” OS (Update: Here it is!). 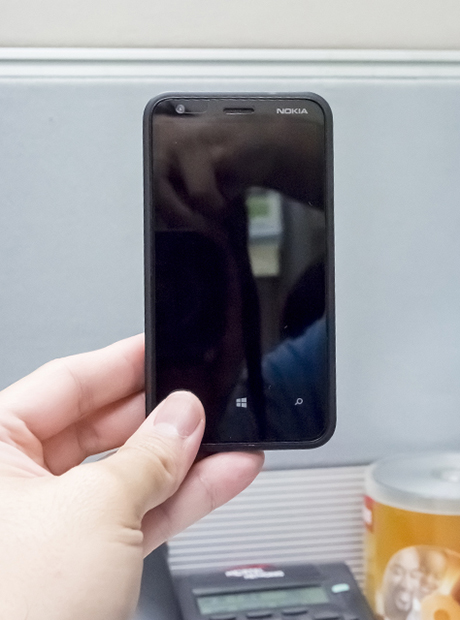 I’ll start off with the first thing that’ll catch one’s attention: the looks. If I’ll analogize, the Nokia Lumia 620 is a lady that’s definitely a looker, but not stunningly so. But that isn’t a disadvantage. I’ve always found women who are “simpleng ganda” (simple beauty, for those who don’t speak Filipino) more attractive than those “artistahin” ones. Simplicity is beauty, as they say. For one, hindi nakakasawa. The Lumia 620’s looks is a good mix of elegance and ruggedness. She isn’t sexy-sophisticated like the Lumia 920. She isn’t even thin. But still, she still looks great. 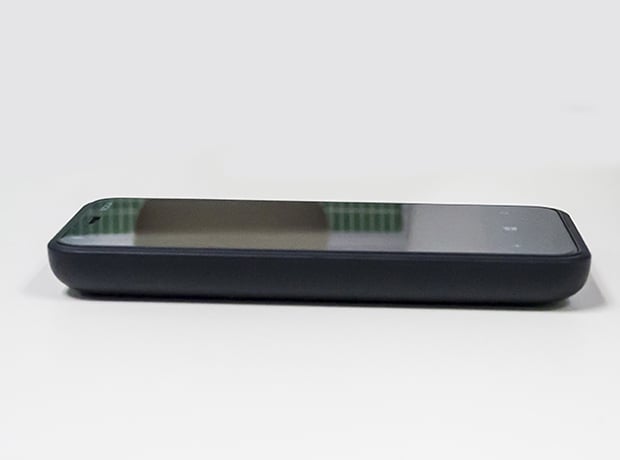 The outer shell has a bit of a semi-translucent look to it, but not to the point that it looks cheap. Holding it doesn’t even feel cheap as well. One of the features of the Lumia 620 is the touted ability to mix and match inner and outer shells of different colors. I went for the black-on-black, with the outer shell having that dark, smoky looks. My friend went for the white-over-black look, and it still looks beautiful. 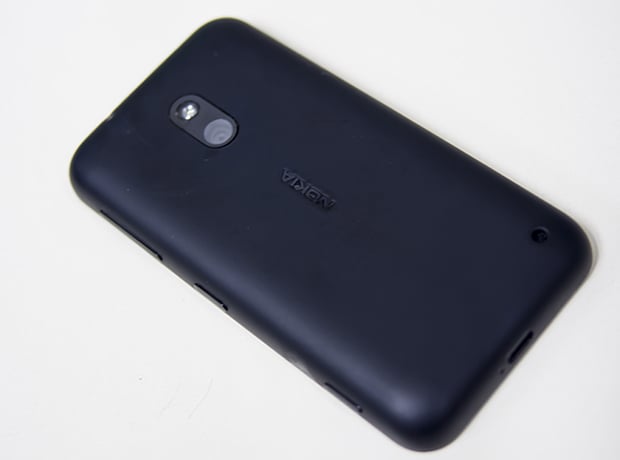 The Nokia Lumia 620 uses a 3.8” TFT screen, which while not as sophisticated as its higher-end siblings, is still great to look at. The “ClearBlack” display really deserves its moniker, and high pixel density makes the screen all the more pleasant. I only have two caveats about the screen. The biggest one is its size. I’m one of those who favor large screens, hence why phablets absolutely work for me. Then again, the Lumia 620’s screen size isn’t much of a big deal for me except when using Nokia Here (formerly Nokia Drive). I use it quite often and whenever I do, I’d constantly wish that the screen was bigger. The other, less relevant one, is its poor performance under direct sunlight. But given the price point , it is expected. Besides, my main phone isn’t too good under direct sunlight either. 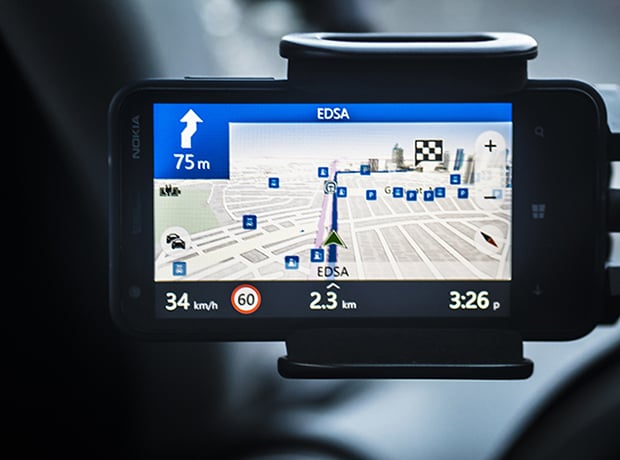 She can’t go on marathons, but her stamina’s good enough for her to please you

I’ve read some flak about its battery life on other reviews, mostly due to its seemingly paltry battery of 1300mAh. I actually steeled myself for the worst. When I bought the phone and was given a free power bank, I actually took it as a bad omen. However, I’ve never had any problems with its battery life and was actually quite impressed. It won’t blow you away, mind you, and you do have to charge everyday. But that’s about it. I can live with charging everyday.

The only requirement I have with my phones is that it should last me until my bed time after a day of heavy use. And the Nokia Lumia 620 delivers that in spades. Like my main phone, I never turn the WiFi off, and I use the phone heavily on phone calls and SMS (and I use my main phone on everything else, like surfing, gaming, video watching, etc.). The least battery charge I’ve encountered before I sleep had been a little above 30%. When we went to Daranak Falls, I used Nokia Here the whole time going there (and that’s over 2 hours of driving) and I’m still left with a little under 50% charge when we got home (We didn’t use my car, so I wasn’t able to use a car charger). Granted, my GF was with me, so I didn’t use the phone for anything else other than as a GPS device at that time (no calls or texts).

So, how about when I use the other smartphone features? You’ll have to read my thoughts about WP8 to find out :) Here’s a sneak peek: 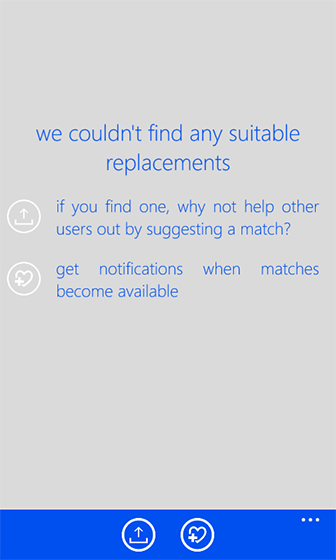 Looking for equivalent apps from your Android or iOS phones? You’ll see this search a lot. 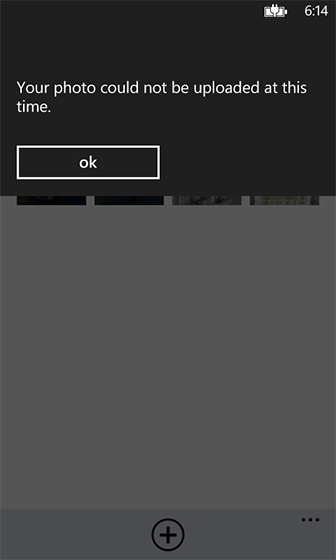 You dare upload your photos to Facebook? You’ll eat this message often.

She has a good voice and listening ear

Having used it extensively for calls, audio quality is important to me. Nokia has always had this aspect of phones to a T. This phone is no different. Audio is clear for the most part, both for the giving and the receiving end. The included headset, however leaves much to be desired. It’s average at best, though, and is much better than those supplied with my main phone.

Audio quality over BlueTooth is also good, especially when listening to media files. Loudspeaker performance is also acceptable for calls, though not by much, so you won’t have no qualms using it when the need arises. It’s also good for media files. Though audio quality is lacking, it’s still loud enough to be usable.

She would try to please as much as she can

I have to admit, I haven’t been able to torture test my phone the way I wanted to, or at least the way I did with my main phone. As a phone, it has performed admirably, actually beyond my expectations. As a smartphone, however, you will find the Nokia Lumia 620 truly lacking, with the notable exception of using it as a GPS device. The GPS + GLONASS chipset combo (now a standard in all platforms) ensures that your device give you pinpoint accuracy of your location blazingly fast, provided that the weather allows good reception. Couple it with the Nokia Here+ app, of which I can’t stop singing praises about, and you have a killer combination that will rival the best standalone GPS devices.

Camera performance is acceptable and solid for everyday snaps. It understandably won’t wow even the most amateur street photographer as IQ isn’t that great and low light performance is absolutely terrible . Couple this with the fact that the platform lacks solid post-processing apps, and it means that you’re less inclined to use this as a main camera. Here are a couple of samples each of ambient light and low light environments: 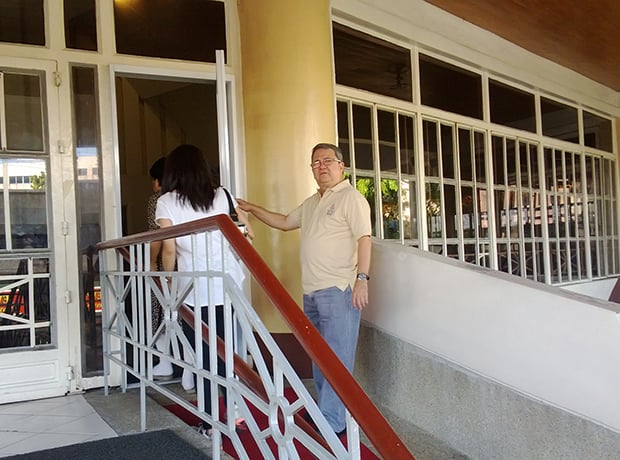 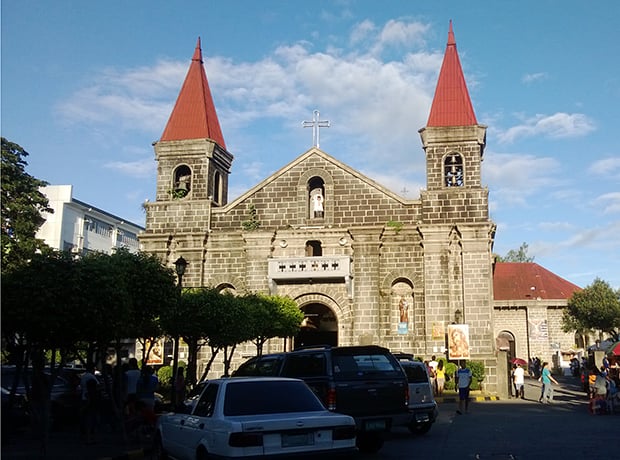 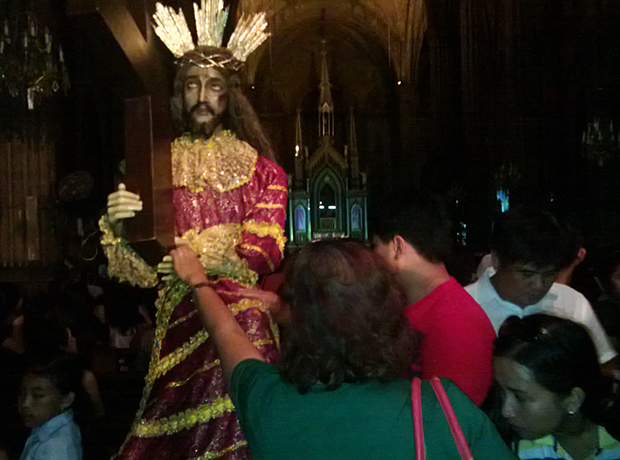 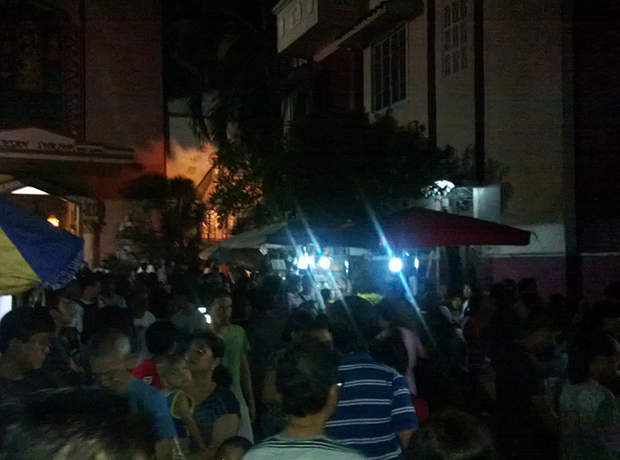 The reason why I wasn’t able to torture test it is because of the limitations of the WP8 platform and has nothing to do with the hardware. I tried using the phone as my main for a week. I didn’t last long. It lacked too much to make it viable.

And so it ends…

The question now is: Is it worth buying? Sadly, I would have to say unlikely, both as a main phone and a secondary phone.

If I was able to submit this review a few months ago, I would have said yes. But as far as budget phones go, you’ll get more bang for your buck on the Lumia 520. You do lose the front camera, but you get a larger screen that I’m sure you’ll appreciate. If you do need the front camera, then I would rather recommend the Lumia 625 which is superior to either alternatives in every conceivable way.  Here are more photos of the phone (with comparisons to real world objects) and some screenshots. 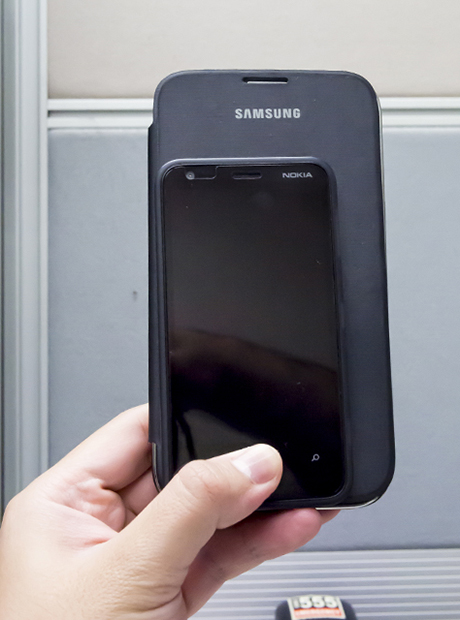 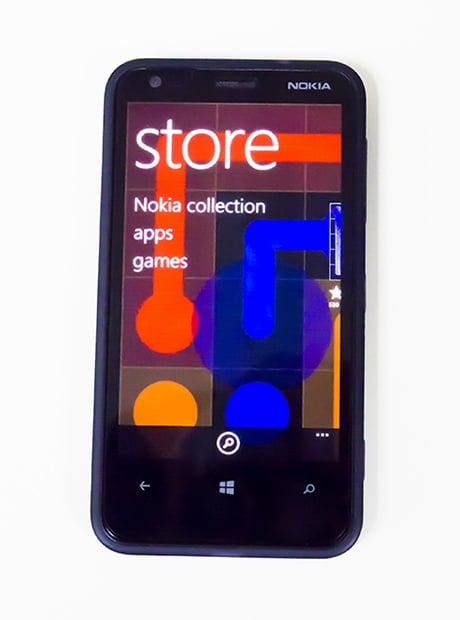 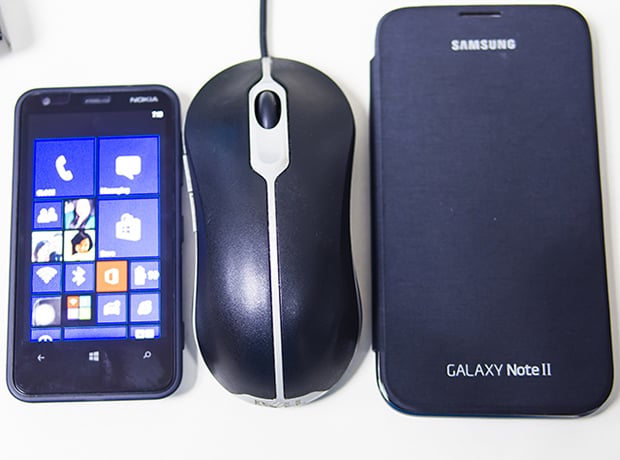 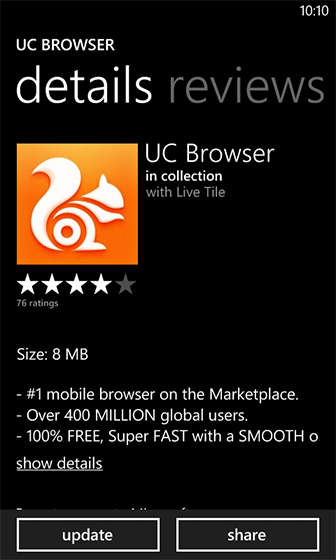 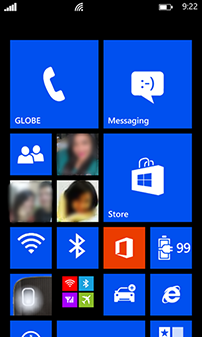 As a main phone, it’s all a matter of whether you think the Windows Phone 8 is a viable platform. I don’t. Of the four major smartphone OS platforms (and I have been able to handle all of them in one way or the other), Microsoft’s is the dumbest. It tried to be the best of both iOS and Android worlds but ended up inheriting much of their downsides and only a few of the upsides. However, it is the easiest to use so I can see this being appreciated by those who put simplicity at a premium. I digress now, though. More about my thoughts on the platform on my next article.