Although it took its sweet time getting here, we finally got a taste of Xiaomi’s product refresh, the Redmi 2 a little while back thanks to their familiar flash sale approach. However, this year’s Redmi is facing even stiffer competition from local and budget smartphone brands. Does the Redmi 2 have what it takes to make its mark in the budget segment? Find out in my full review. 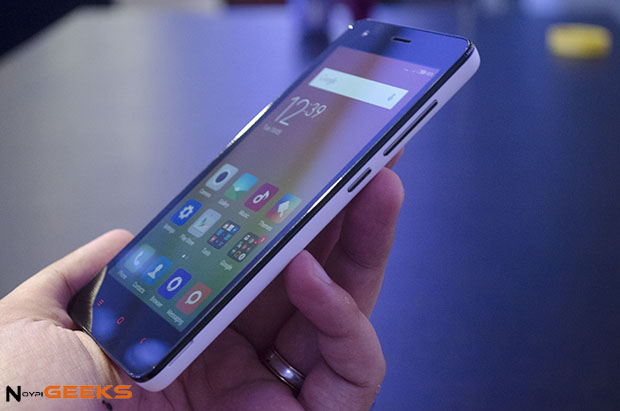 The body of the Redmi 2 isn’t anything fancy. It’s made from durable plastic in a fingerprint-resistant matte finish and comes in an assortment of iPhone 5c-esque colors. Because it features a slightly smaller 4.7 inch HD display, the frame is likewise smaller. However, for Pinoy hands, the Redmi 2 might just be the perfect size for one-handed operation. 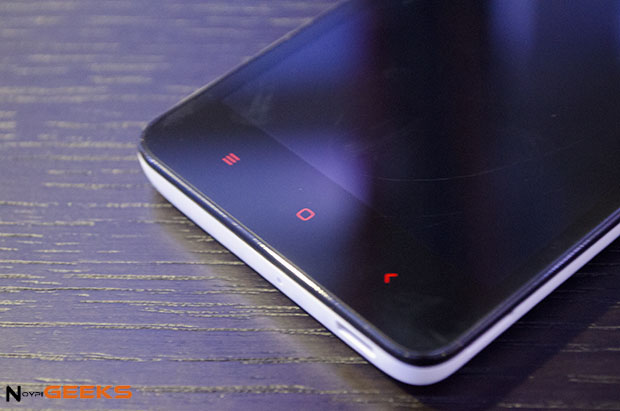 One thing I don’t like though is that the capacitive navigation keys don’t light up. They’re in red instead of white for slightly better visibility against the black bezel without being offensive. However, in low light, you might end up missing a key-press or two until you become used to using the phone. 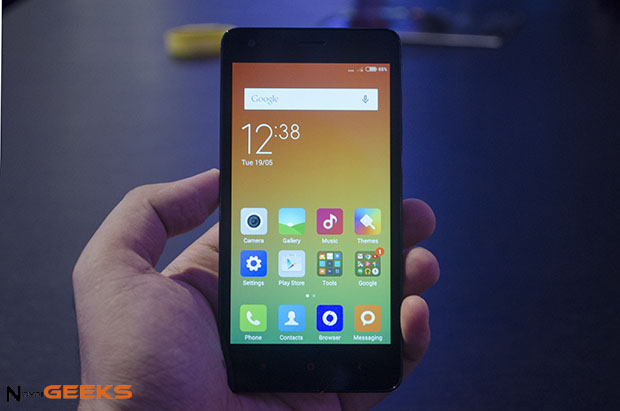 The Redmi 2 features a 4.7 inch HD IPS display with scratch-resistant Dragontrail Glass. The quality is about as good as you can expect from an IPS display these days. Images are crisp, color reproduction is spot on, and viewing angles are appreciably wide. It certainly doesn’t hurt that the screen is protected by Dragontrail Glass, although it would have been nice if it were at least 5 inches.

The Redmi 2 runs on Android 4.4 KitKat with the MIUI 6 custom UI layer on top. MIUI 6 deviates from the stock Android UI by eliminating the app drawer and bringing all of your apps to your homescreens. If you’re accustomed to an iPad, this isn’t anything visually new, but in my opinion, it makes things more difficult to manage the more apps you have.

Of course, MIUI 6 is more than just a visual tweak. There are various customizations to different aspects of Android’s functionality. Among my favorites are the music control panel and Torch toggle that have been built into the notification shade. There’s also the added Audio Settings option that lets you control how your headset buttons work when plugged in, as well as adjust the output based on the headset you have plugged in. Pretty awesome stuff.

This wouldn’t be a proper review without benchmarks, although since this is an entry level smartphone we’re talking about, I didn’t expect to be blown away. I ran it through Antutu and Vellamo, both of which measure the phone’s overall performance in a variety of benchmark tests. In terms of performance, the Redmi 2 is about on par with devices like the Nexus 4 and Nexus 7. Not bad for a smartphone that’s barely above the Php5k price point.

I also ran the Redmi 2 on GFX Bench and 3DMark, which focus more on the gaming aspect of a smartphone’s performance. Based on the results, it should be no surprise that it isn’t exactly a gaming phone.

The Xiaomi Redmi 2 comes with support with 4G/LTE, making it one of the more affordable smartphones that support those speeds. You also get your usual WiFi, Bluetooth and GPS. However, the Redmi 2 comes with a strange flaw. Its 4G radio doesn’t actually support Smart’s LTE bands, meaning if you’re a Smart subscriber, you’re essentially stuck with a 3G phone. It would seem like a major design oversight, but that just goes to show that Xiaomi designs for the Chinese market first, the world second. 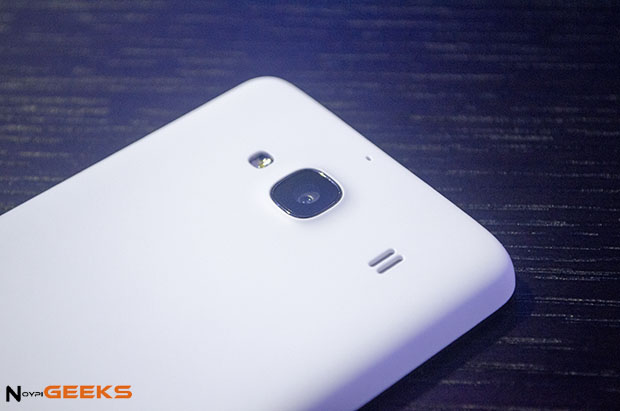 If there’s anything I appreciate about the Redmi 2, it’s the camera app, and to a certain extent, the camera itself. Aside from the usual Auto, HDR, and Panorama modes, there’s also Manual mode, which lets you tweak White Balance and ISO. It’s nowhere near as in depth as the Zenfone 2 though. Aside from that, there are live Filters that let you preview all the filters at once while capturing an image. Here are a few camera samples for you guys to check out. (Camera Samples to follow)

While the Redmi 2 isn’t exactly a powerhouse, it’s still quite serviceable as a multimedia device. It’s smaller size in comparison with most popular 5 inch or larger smartphones makes it easier to hold for extended periods of time while watching movies. Also, thanks to its audio customizations, it would be hard not to find the perfect audio output that matches your preferences.

As a gaming device though, the Redmi 2 is found to be lacking. The Adreno 306 GPU is sluggish when it comes to games like Dead Trigger 2 and Asphalt 8, with frame rates dipping and stuttering when the onscreen action becomes frenetic. The phone is much more suited to casual games that aren’t too heavy on the graphics. 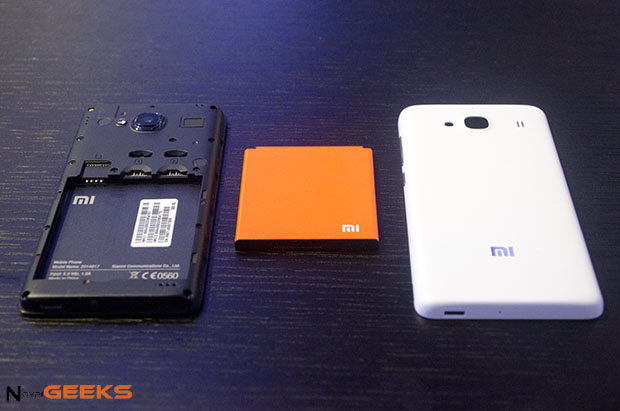 Although I didn’t get to use the Redmi 2 as extensively as I liked, I did run it through my favorite battery test from GFX Bench. It basically runs the T-Rex test a few times then measures how much battery was consumed. In this case, it was a whopping 8 hours and 2 minutes. Standby time was equally impressive. Usually when I leave a phone on standby without doing anything with it, it will last roughly 3 days. However, the Redmi 2 and its seemingly paltry 2,200mAh battery went almost a week and still had some charge leftover.

So Should You Buy the Xiaomi Redmi 2? 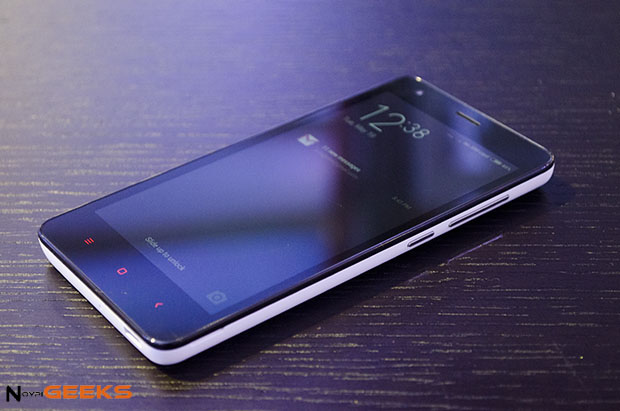 At Php5,999, the Xiaomi Redmi 2 sits at an attractive price point and even manages to come equipped with LTE, albeit just the Globe bands. However, it’s facing even tougher competition than its predecessor, the Redmi 1S. There are smartphones at similar price points that are a little more powerful, although lack the 4G support. It’s really a decision that boils down to preference and possibly loyalty to the Xiaomi brand.