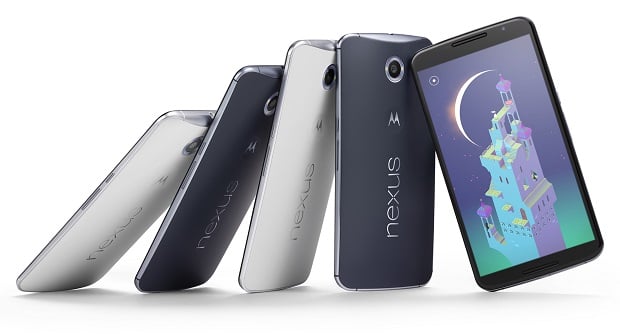 What was once a phone has become a phablet. The new Google Nexus 6 is here, introducing several changes to the search giant’s finest Android handset.

Having entered the phablet category, the Nexus 6 is the largest phone made by Google (in collaboration with Motorola) so far. This handset’s monstrous screen measures 5.96 inches diagonally and boasts AMOLED technology and quad-HD resolution. Such a resolution is quite taxing on performance, but everything should be fine and smooth thanks to the powerful quad-core Snapdragon 805 processor.

Just like when KitKat debuted in the Nexus 5, the Google Nexus 6 is also one of three devices to first introduce the next major version of Android—5.0 Lollipop. It features several improvements on security, a battery saver feature for “more time playing, less time charging,” and further enhancements on user customizations built on a design that “embraces fluid, purposeful motion [and] more tangible interactions.” To be exact, the phone promises up to 6 hours of battery life from only 15 minutes of charging.

Depending on the internal storage, pricing for the Google Nexus 6 is either $329 or $399. It will hit US stores sometime in November. Philippine pricing and release date are not yet available.