Huawei is known for pushing the envelope in mobile photography. With the Huawei Mate 30 Pro, the company has reached new heights.

Today, we’ll be checking out the photography prowess of the Huawei Mate 30 Pro. And since it’s already a couple of months old, we’ll also want to see how it holds up in the year 2020. 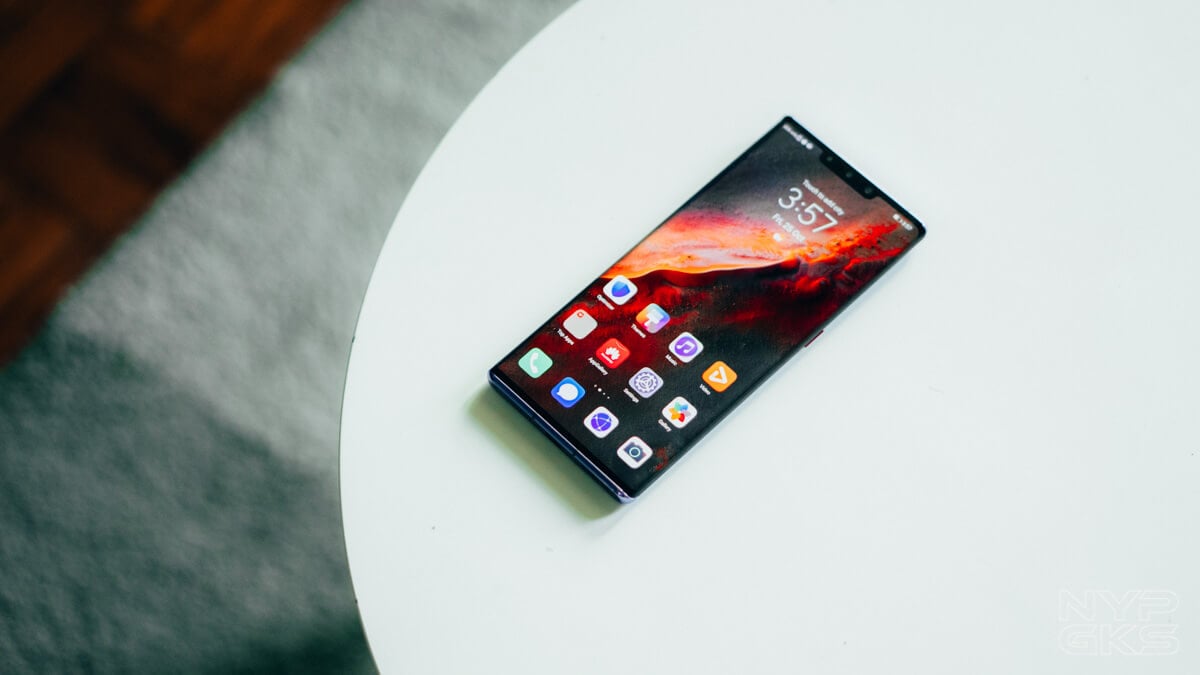 A flagship device like this comes with high-end features — no questions about that. It starts with a sleek and shiny design that feels premium and comfortable in the hands.

The design was lifted by its large and vibrant 6.53-inch Horizon OLED screen. The curvature melts seamlessly on the sides and it has no side bezels that you have to double-tap the edge screen to access the virtual volume keys.

It’s quite disappointing that it lacks Google Mobile Services. But if you can get past that, or you can do special tricks to side-load Google apps, there are actually a lot of things to like about the Mate 30 Pro.

It’s one of the most powerful processors around, so it’s no surprise that it handled everything we threw at it very well without breaking a sweat. 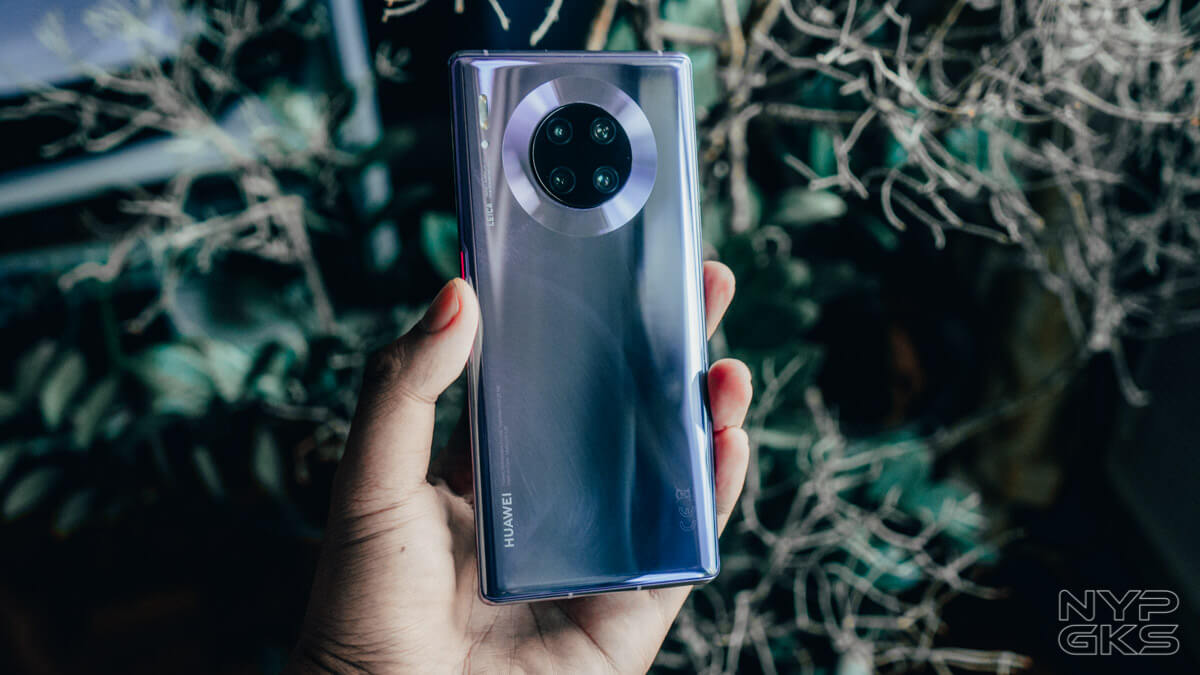 The large 4,500mAh battery can also last an entire day of heavy use, and a lot more to spare for the next day. The best part is, it has a whopping 27W fast wireless charging support, and 45W via the included wired SuperCharge 2.0 fast charger.

Huawei also created an ecosystem of accessories that works seamlessly with the Mate 30 Pro. One of them is the new Huawei Freebuds 3. You can even charge this set of earphones by simply putting it on the back of the smartphone thanks to its reverse wireless charging support. 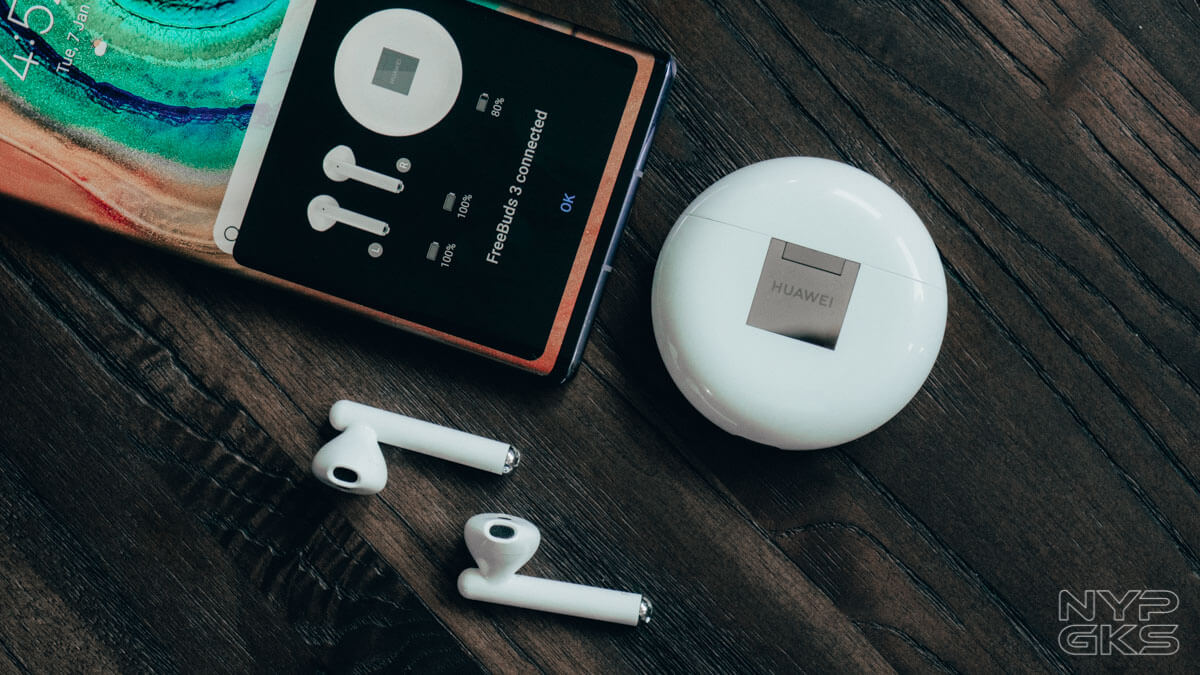 If those features didn’t get you excited about the Huawei Mate 30 Pro, let us now talk about why we’re here — examining its cameras.

Let’s start talking about the hardware. The Huawei Mate 30 Pro is the first device to come with two 40-megapixel cameras. It starts with the 1/1.7-inch 40-megapixel Quad-Bayer ‘SuperSensing’ sensor that has an RYYB filter. In addition, it has a wide f/1.6 aperture with an optical image stabilizer. 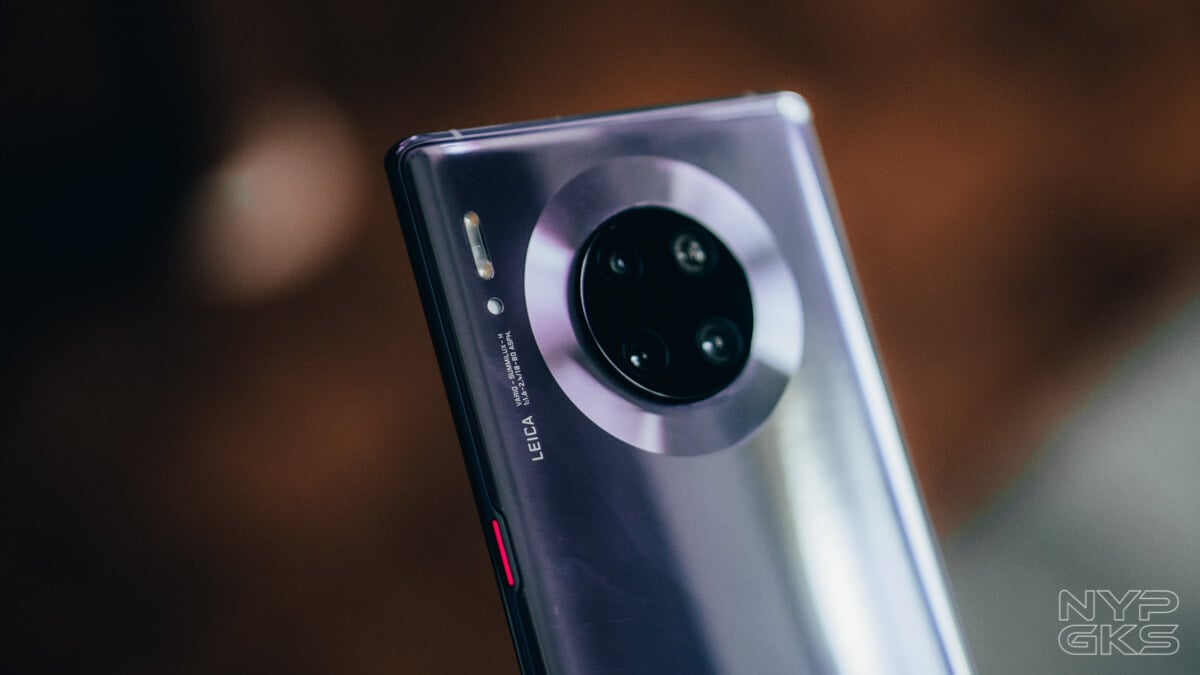 The second one has an ultra-wide lens, but not like any other ultra-wides that we saw on other smartphones before. At 1/1.54-inches, it is one of the biggest mobile camera sensors that we’ve ever seen and tested.

Also called as the ‘Cine Camera’, it can shoot ultra low-light videos, slow motion, and time-lapses. You can check out the video recording capabilities of the Huawei Mate 30 Pro by watching the travel video we created that was entirely shot on this device.

Huawei Mate 30 Pro also has an 8-megapixel telephoto camera. It does not have the periscope-style zooming capabilities that the Huawei P30 Pro has. But it does offer 3x magnification, has optical image stabilization, and a good f/2.4 aperture.

Completing the quad-camera setup is the 3D depth-sensing camera. All four shooters are placed in a 2×2 orientation inside a circular module on the back. 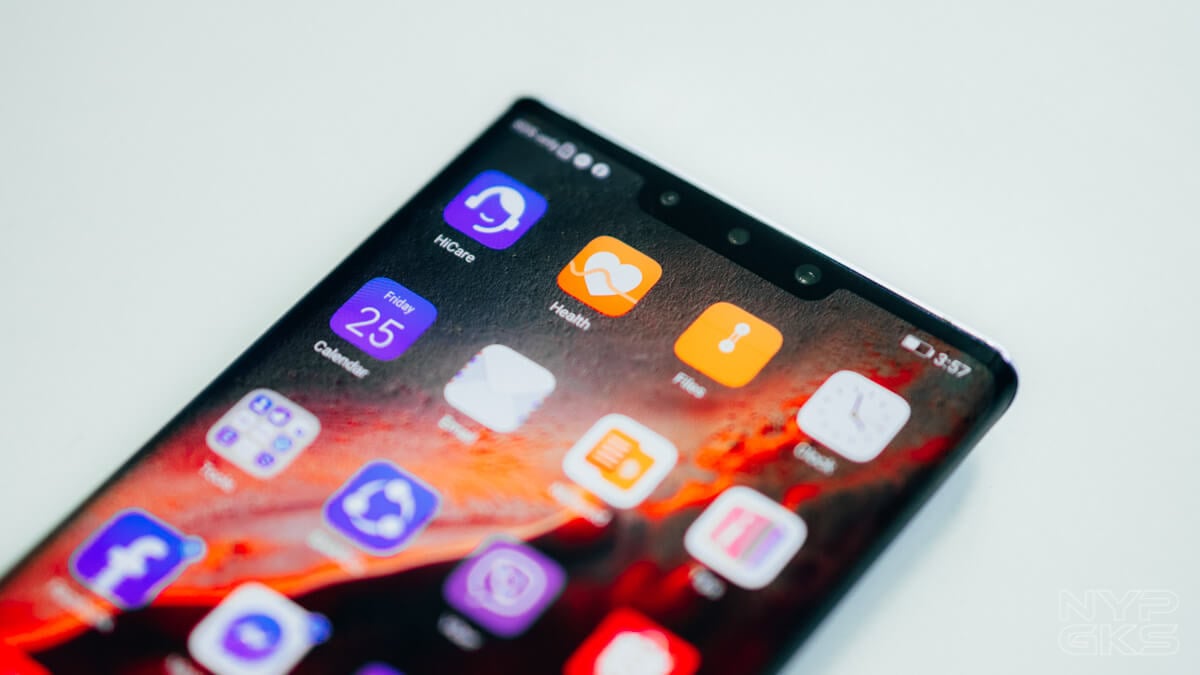 Oh, and of course, we also have the 32-megapixel selfie camera on a wide notch on the front. It’s sitting next to a 3D depth sensor for the face unlock to work accurately, plus enabling other cool features within the camera app.

Now that we got all the hardware out of the way, let’s start talking about the actual image quality.

It’s no wonder that the 40-megapixel SuperSensing primary camera takes killer images, most especially in daylight. It captures images with sharp details, not surprising for a sensor like this.

The colors are vibrant and lovely in the eyes, but not exaggerated with no hints of excessive software processing. Contrast is also top-notch and the dynamic range is great — possibly the best among camera smartphones today.

Huawei Mate 30 Pro also offers one of the best low-light images on a smartphone. They look clean with nice colors, contrast, and minimal noise signatures. Of course, we have the AI scene detection to spruce up the images depending on what type of subject you’re shooting (plants, animals, landscape, etc.).

Main cameras are usually better than the ultra-wide sensor, but not on this one. In our testing, the 40-megapixel Cine Camera ultra-wide on the Huawei Mate 30 Pro is on par, and even better at times, than the primary sensor.

We really liked the wide framing capabilities that it provided us. You can use the Huawei Mate 30 Pro to shoot on tight spaces, for architectural photography, landscape, and more. We also have the AI scene detection working here.

The 8-megapixel telephoto camera took acceptable images. Maybe not on par from the first two, but it’s detailed and contrasty enough to do the job.

It looks clean at 3x and 5x zooms, and you can even stretch it up to 30x of digital zoom. If you’re outdoors, images taken at maxed out zoom are passable. On the other hand, noises and grains will make indoor telephoto shots look indistinguishable.

The ToF (Time-of-Flight) camera basically works like the 2-megapixel depth-sensor that most smartphones have. What made it earn the fancy name is the advanced technologies that it have to do a better job.

Which is why it is no surprise that the portrait images we got are really great. The edge detection worked really well, creating a believable shallow depth-of-field.

Huawei is the pioneer of Night Mode in mobile photography. The Huawei Mate 30 Pro has this feature, and it worked unsurprisingly well.

It looks clean, for as long as you don’t look very closely. The long exposure shot will keep the first frame, and capture more light information on the succeeding seconds. This helps the Huawei Mate 30 Pro create brighter images at night. It also works indoors.

Having a 32-megapixel sensor for a selfie camera might be overkill, but it does go well with the Huawei Mate 30 Pro. It would be a shame if the front camera can’t level with the greatness of the cameras on the back.

Selfies look bright, colorful, and well-detailed, even in low-light. Dynamic range is also fine. There’s also a ToF sensor next to the selfie cam. Other than being responsible for the face unlock, it’s also used for selfie portraits. You can also use it for AR effects. And of course, AI face beauty is present here.

Besides the hardware and the actual image quality, another thing that can make or break the mobile photography experience is the camera app. Spoiler alert: the app is almost as good as the camera itself.

There’s the AI scene detection, flash, and Leica-tuned effects buttons are on the top. We have the Pro mode that lets you adjust the shutter speed, EV, focus options, White Balance, brackets, and ISO that maxes out at a whopping 409,600.

We have the zoom toggle on the left of the viewfinder. It starts at 1x, you can slide back to switch to the ultra-wide. Move to the next point to go 3x, next is 5x, or slide the toggle manually to go 30x.

What I really appreciate is the secondary shutter button on the middle side of the viewfinder. It lets you easily take the picture with your index finger, since your thumb will have to support the size of the Huawei Mate 30 Pro. 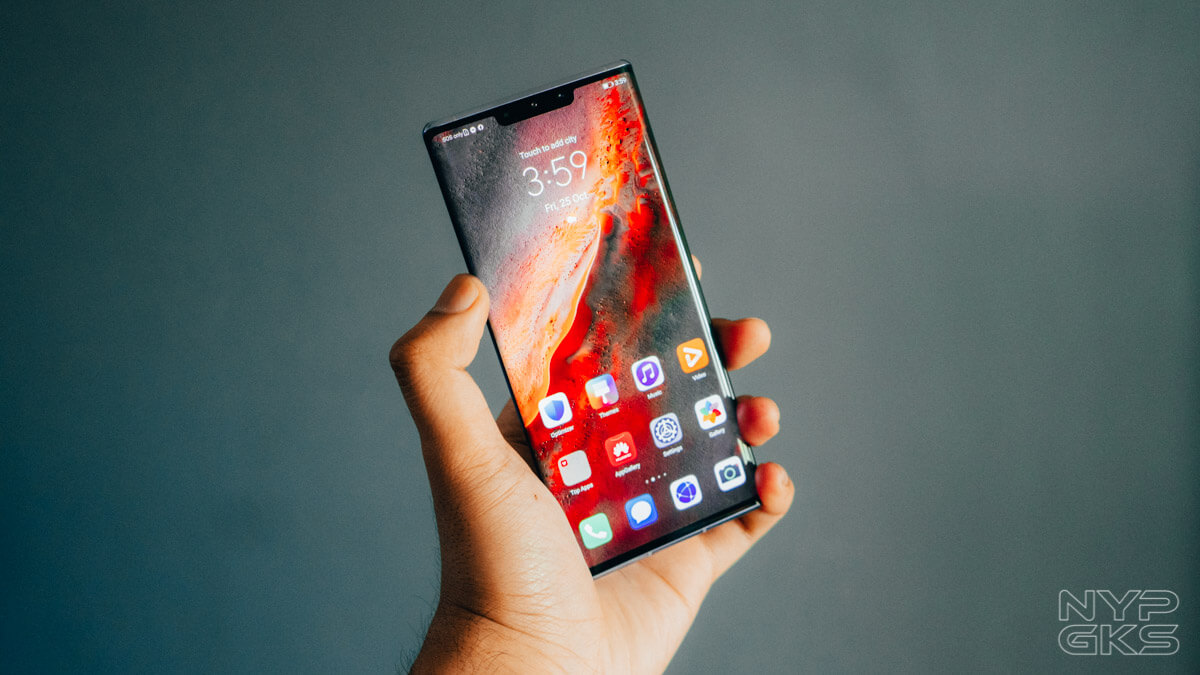 While it might be one of the best camera phones in the market today, the lack of official Google Mobile Services support make the Mate 30 Pro hard to recommend. But there’s a simple workaround available, so installing it is fairly easy. We’ve tried it and it’s now working just like any other Android smartphone today.

Huawei Mate 30 Pro is available to purchase in the Philippines for a price of Php50,990.