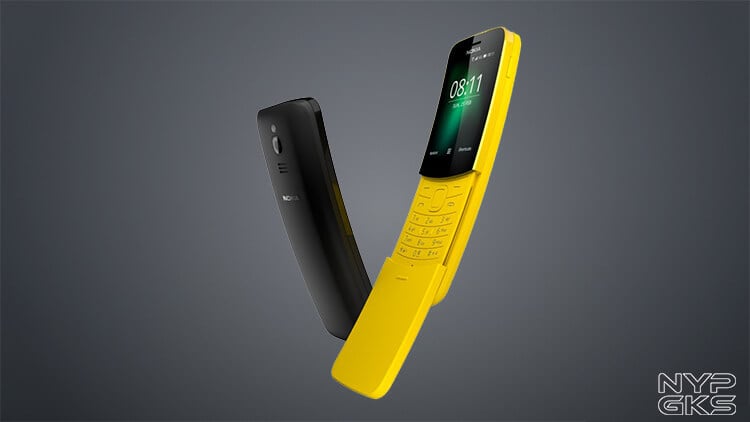 It looks like HMD Global is just starting on reincarnating classic Nokia phones. In MWC 2018 last Tuesday, the company announced the revived Nokia 8810.

For those who are too young to remember, the original Nokia 8810 was first released in 1998. The device was known for its classic and portable look, as well as the iconic slider that reveals the keyboard.

With the new Nokia 8819 4G, HMD Global is keeping the original slider concept. But this time, the handset is slightly angled, which makes it look like a banana with that yellow color variant. It is powered by a Qualcomm 205 chipset with 512MB RAM and 4GB of onboard storage. It runs on an obscure operating system called KaiOS, so don’t expect to run your favorite Android OS games on it.

But what you can do is to make and take phone calls, SMS, play Snake, or, use it a backup phone. The device has 4G LTE connectivity so you can surf the internet in case there’s no WiFi nearby. Additionally, you can turn the device into a WiFi hotspot, so you can share the internet connection to other people.