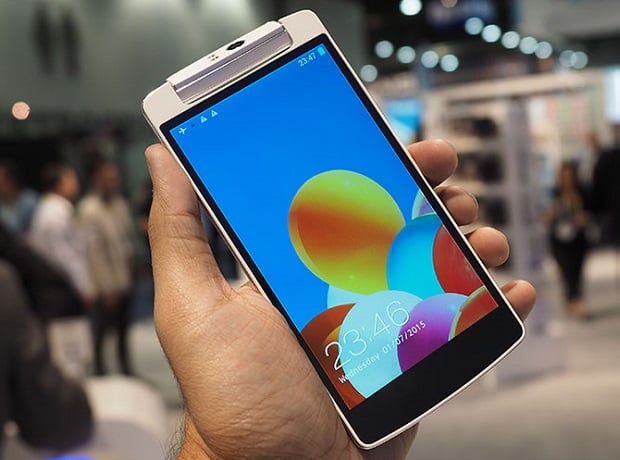 It first jumped on the mobile device bandwagon in the form of tablets, and now Polaroid has a couple of smartphones in CES 2015. One of these is the Polaroid Selfie, a 5.5-inch smartphone with a rotating camera.

For the specs that matter: the Polaroid Selfie is a 5.5-inch smartphone with a 720p (720×1280) IPS display. An octa-core processor (of the MediaTek kind, probably) runs under the hood along with 2GB of RAM. Android 5.0 Lollipop comes preinstalled, and a 16GB internal storage is available with no microSD card slot for expansion. But the pièce de résistance here is the 16-megapixel rotating shooter. Polaroid is a company known for its cameras, so we’ll probably see some camera-centric features in the Selfie smartphone.

But haven’t we heard about a smartphone with a rotating camera before? Yes, in the form of the Oppo N1. The two has awfully similar designs. But that’s because this is apparently just a rebrand of the iNew V8, which is a Chinese rip-off of Oppo’s smartphone. Oppo is considering to “take further legal action,” especially since it patented N1’s iconic design. Check the images of the three smartphones below and decide for yourself if there really is an infringement going on.