The Realme 3 is easily one of the most exciting smartphones in the local industry today. This thing packs a lot of features that you’d rarely see on a device at this category.

It sports a stylish design, which provides a premium look that definitely doesn’t feel like a cheap device. The Realme 3 also has a large display 6.2-inch HD+ with thin bezels. 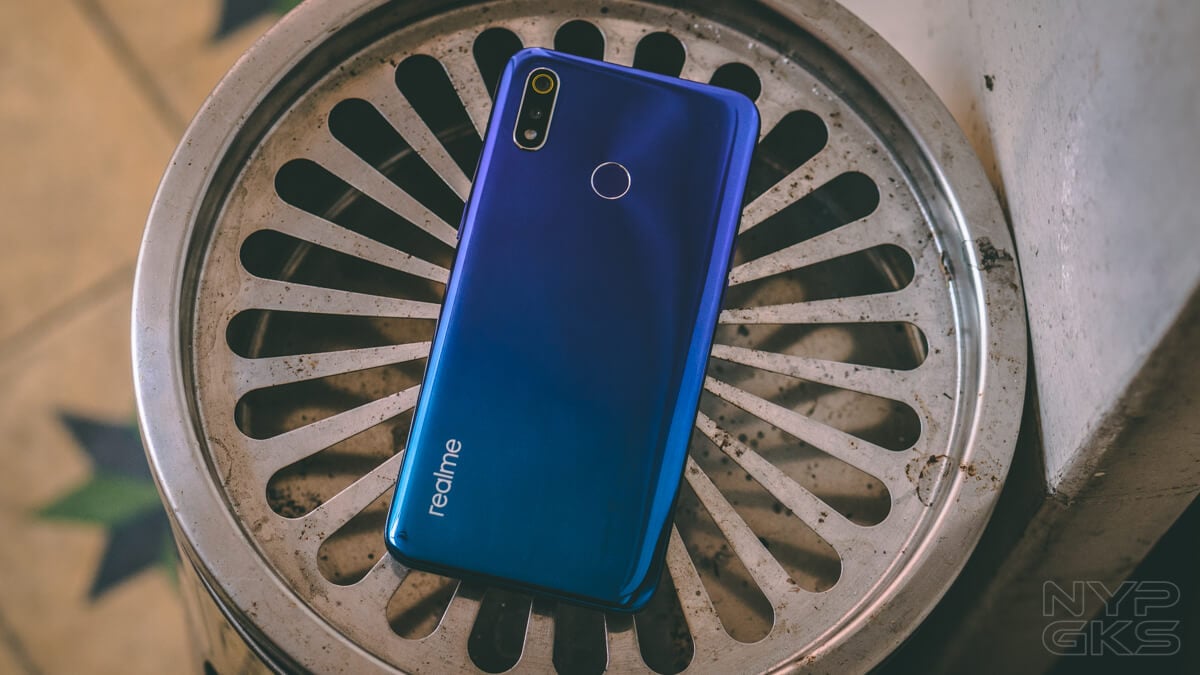 The Realme 3 also boasts a 13-megapixel + 2-megapixel dual rear camera, with the company’s Nightscape feature. These are just the things that we praised about the device in our full review.

But unlike the model that was released in India, which had a newer MediaTek Helio P70 processor, the one that we’ll be getting here in the Philippines will come with an Helio P60 processor. 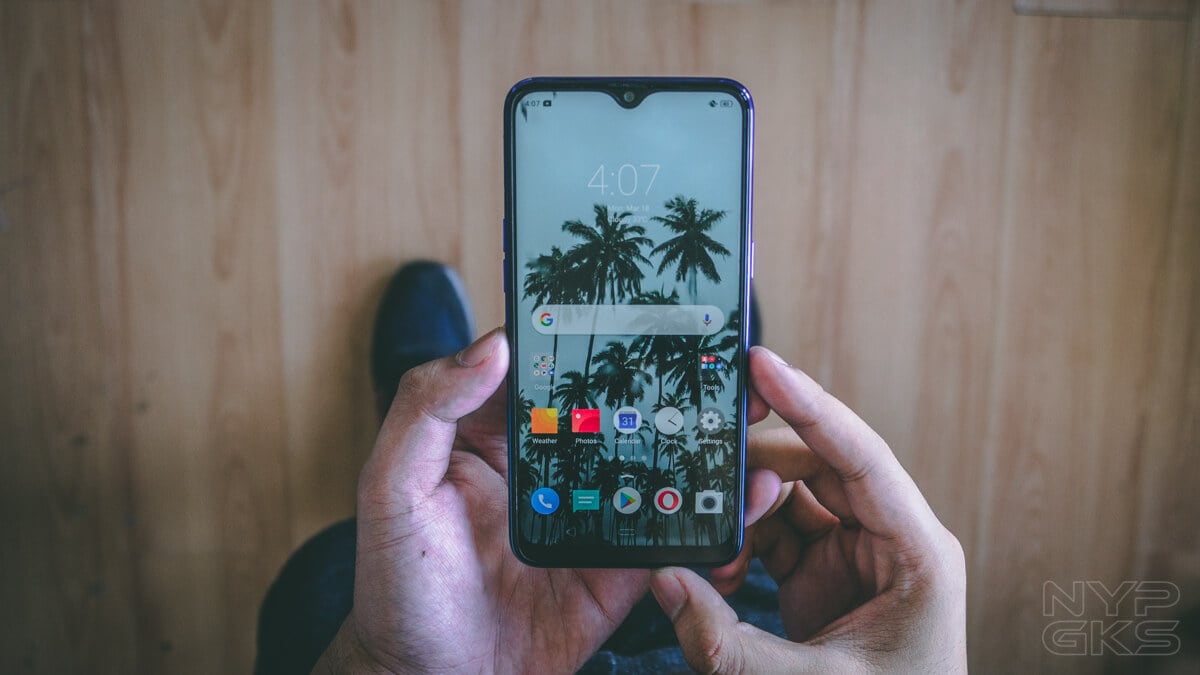 It may not sound as impressive as the former, but is still powerful enough to handle day-to-day tasks, multitasking, and as what you’ll find out later, in gaming. It’s also one of the cheapest devices to sport this kind of processor.

So, without further ado, let’s start talking about the main reason why you’re here — the Realme 3 gaming and battery performance review. Bear in mind that the unit that we have here is the 4GB/64GB model.

If you don’t like reading, we also prepared a Realme 3 gaming and battery performance video review for you, which you can check out below.

Being one of the most popular shooters and action game around, it would be a shame if we didn’t put PUBG Mobile in our tests. In fact, this game is one of the most demanding titles around, which would really stretched out the Realme 3’s hardware prowess. 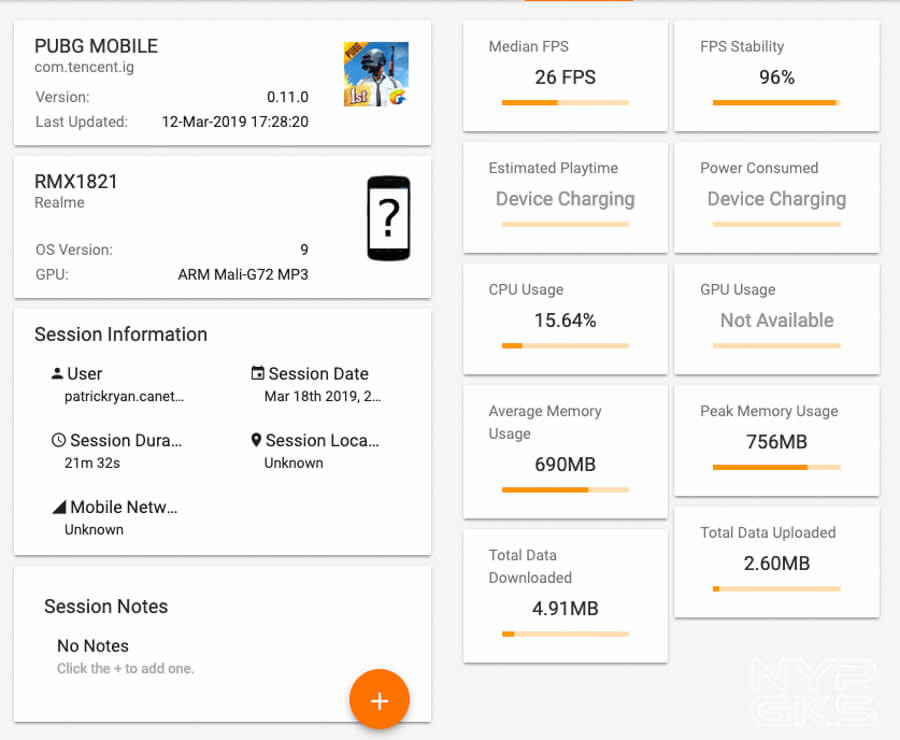 Upon first launching the game, PUBG Mobile immediately set the graphics settings to Medium, which is the most optimal settings for the device’s hardware.

With that, the Realme 3 was able to run the game with decent graphics quality and frame rates. It had an average frame count of 26fps with an FPS stability of 96%. If you love playing this game, you can surely rely on this device to help you get that chicken dinner you’re always craving for.

For the basketball fans out there, we also tested out the NBA 2K19 on this device, by which it handled with grace.

The graphics quality is far better than the other similarly-priced devices that we’ve tested it with. It ran with smooth frame rates averaging to 31fps, but with disappointing stability of 56%.

I noticed that the drastic frame drops only happen when the game transitions to cutscenes and not during the actual gameplay. So expect a really comfortable NBA 2K19 gameplay on the Realme 3. 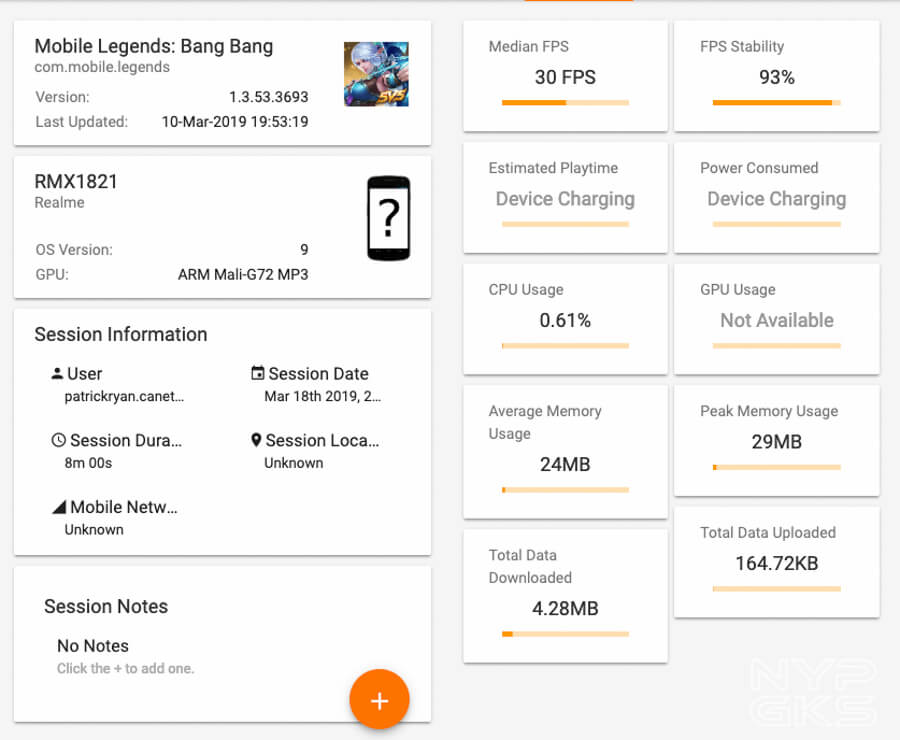 Unlike the other titles in this test, Mobile Legends isn’t actually the most resource-hungry game of all. Which is probably why we got good numbers from this one.

The game was playable with really sharp graphics quality at a very smooth average frame rate of 30fps with 83% FPS stability.

Now we’ll be taking a look at what possibly the most power-demanding game that we ran for this test. Although PUBG is known for being poorly-optimized and requires a lot of CPU and GPU prowess, Asphalt 9 is actually more taxing for the Realme 3’s hardware due to the tons of actions and fast-moving elements within the game. 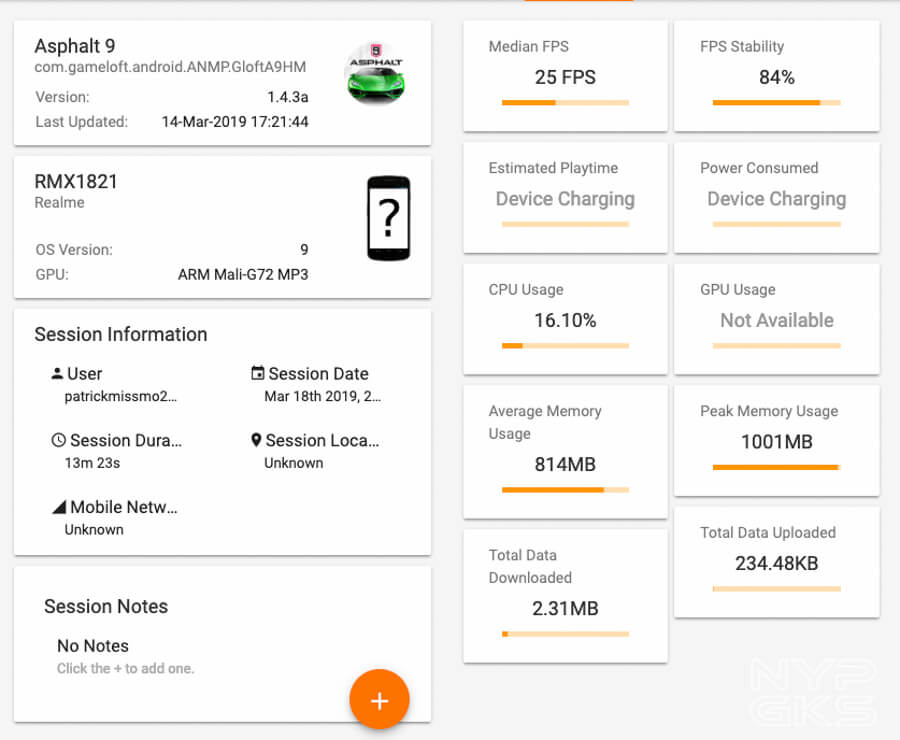 This is why we only got a median frame rate of 25fps with a stability of 84% when we played the game. The numbers might sound less inspiring than the others, but the game is still comfortable playable.

It’s really impressive how Realme was able to come up with the Realme 3.

This device pretty much covered everything. There’s its stylish and sleek design that you’d be proud to carry, a great set of cameras that take good pictures even in low-light, reliable battery, large display and as what you’ve just seen, really capable hardware that can handle pretty much any task or game you throw at it.

The most impressive part here is that Realme was able to bring all those features on a device that starts at only Php6,990.

You can check out here to learn more about the full pricing and availability details of the new Realme 3 here in the Philippines.