Samsung is known for making so many things. One of them is being a storage solutions manufacturer. And this time, they are taking new heights as they introduce the very first 1TB smartphone storage chip.

The new Samsung 1TB eUFS 2.1 is first in its class. It sports two times the capacity of the existent 512GB module — which was introduced back in November 2017 — while sporting the same size of 11.5 x 13mm.

Samsung built it with 16 V-NAND flash memories and a brand-new controller. As per the company, this leads to an impressive 1000Mbps of read and 260mbps of write speeds. So not only that it has enormous capacity, but it’s also as fast as it can be. 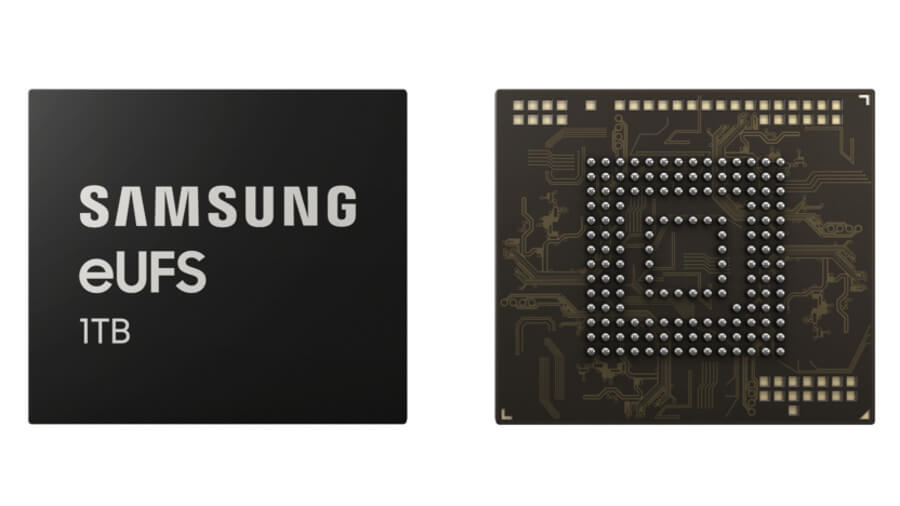 That’s also relatively faster than the 512GB model, which only has an 860Mbps and 255Mbps of subsequential read and write speeds, respectively.

The storage chip’s arrival is just in time for the Galaxy S10-series’ imminent release. If you’ve been following the latest leaks, it’s expected that the upcoming Galaxy S10 Plus will have a whopping 12GB of RAM and 1TB of internal storage.

Samsung will also rig their upcoming flagship devices with the latest Exynos 9820 chipset.

We expect to see this Samsung 1TB eUFS 2.1 in action on the Samsung Galaxy S10 Plus when the smartphone gets launched this February 20 at San Francisco.