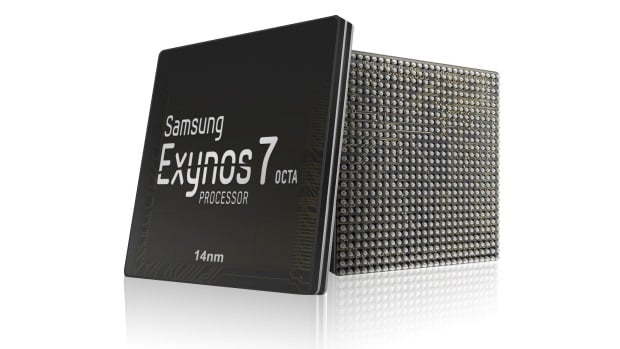 Intended for the next generation of smartphones, the Samsung Exynos 7 employs four Cortex A57 cores clocked at 2.1GHz as well as four Cortex A53 cores. It is 20 percent faster than Samsung’s other chipsets that are based on the 20nm process (like the ones found in the Note 4). Power consumption is also more efficient by 35 percent, resulting to a productivity gain of 30 percent. The processor is based on the 14nm FinFET technology, a three-dimensional structure for transistors that surpasses the limitations of the older planar structure used in the 20nm process.

Samsung has yet to announce which upcoming smartphones will be powered by the Exynos 7. The Galaxy S6 is just some weeks away, though, so it wouldn’t be surprising if the phone will have this new processor under its hood. For now, we’ll have to wait for an official announcement.