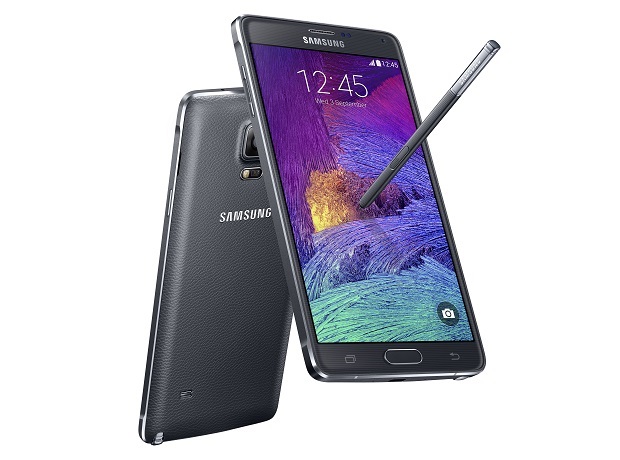 We all knew it was coming, and indeed Samsung finally unpacked its next big thing for this year. The new Samsung Galaxy Note 4 is everything we loved about its predecessor, plus several improvements here and there.

First, the display: the size remains the same as that of the Note 3 at 5.7 inches, with Super AMOLED as the prevailing technology to produce clear and vivid images without sacrificing deep contrast. But everything is sharper in the Samsung Galaxy Note 4, now that its resolution has been upped to a whopping 1440p or Quad HD (the very resolution also found in LG G3). The resulting pixel density, around 515ppi, is so high that it’s hard to discern individual pixels.

And then there’s the processor: depending on the market, the Galaxy Note 4 will either sport a quad-core Snapdragon 805 processor or Samsung’s homebrewed octa-core Exynos 5433 processor. The former works in tandem with Adreno 420 graphics, while the latter comes with Mali-T760 graphics. Each CPU-GPU combo is undeniably powerful in its own right, though the Exynos chip fares better in benchmarks.

As a phablet known for its pen input, the Samsung Galaxy Note 4’s S Pen has also been graced with enhancements. It reportedly features twice the pressure sensitivity as the Note 3’s stylus, offers a better grip, and comes with an improve S Note app. Photos with texts, for one thing, can be directly converted in the app to make it readily editable.

Other upgrades include a more powerful main camera with optical image stabilization, a 3.7-megapixel camera with F/1.9 aperture, and noise suppression via three microphones. Galaxy S5 features, as well as the Galaxy Alpha‘s metal frame, also have made it into the Note 4. The back is still made of faux leather, but the overall design looks fresh and new.