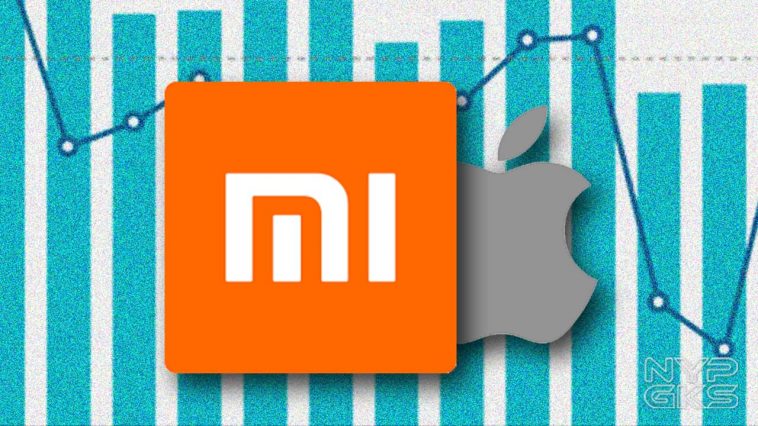 Canalys Research just revealed that the worldwide shipments for Q3 2020 are up by 22% from the previous quarter. That’s despite the 1% YoY decline.

The biggest winner here is Chinese tech giant Xiaomi, who shipped 47.1 million smartphones in the third quarter. That’s a 45% growth, amounting to a 13.5% market share for the quarter.

With this, Xiaomi was able to beat Cupertino-based Apple at the third spot, which only sold 43.2 million or 12.4% market share.

There are also changes in the first and second place. Huawei slipped to the second spot, with its 51.7 million units shipped, translating to 14.9% market share. Giving way to Samsung to take back the top spot with 80.2 million units. That amounts to 23% market share, about 8% higher than Huawei’s.

As per analyst Mo Jia, Xiaomi pretty much stole shipment numbers from Huawei. The latter added 14.5 million units to its numbers as Huawei lost 15.1 million.

Samsung was hit by the global health crisis due to its dependency on offline sales. But as things loosen in Q3, they managed to bounce back. The South Korean company also flourished in India as consumers are avoiding Chinese brands due to government conflict.

Vivo completes the top five list with 31.8 million units. OPPO at number six with 31.3 million, and Realme, on its highest position yet, shipping about 15.1 million units. Lenovo also strived with 10.2 million units out.

We expect these numbers to go up now that the holiday season is just right around the corner.