Facebook has just rolled out a feature that will enable players to be in link with their fellow gamers. But not everyone is getting it — at least not yet.

As it appears, only a handful of Facebook users are getting this experimental feature as can be seen as an icon labeled “Find Players” which appears around that specific area of the social media where you compose statuses and posts. 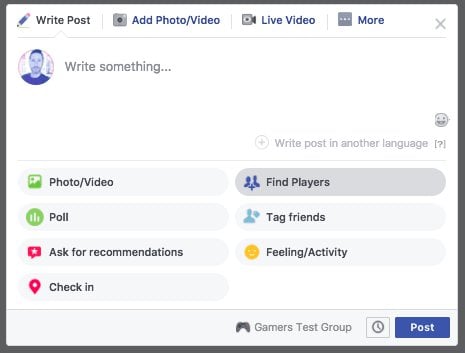 But for something that is not yet a full-fledge, the feature is pretty basic at the time of launch. Meaning, if you have an Xbox Live, PSN, and Steam account, you will not find an option to use them. 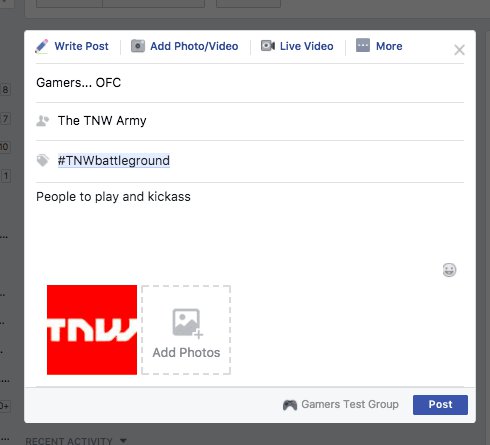 However, what it does give you is an option to create your own team name, set a description about the team, make a hashtag, and with the option to add a photo symbolic of the group.

While console gamers who find similar feature running in their devices may not find this new feature to be revolutionary and innovative, those who play games with a lackluster multiplayer component will. 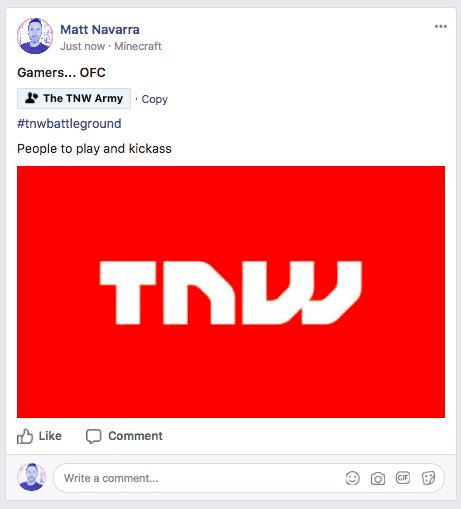 For example, if you are an active player of Pokemon GO with friends or peers, this feature will act as a hub for fellow gamers to engage in a connection that will facilitate group gaming.

Of course, at this point, this is not a feature that will detract many gamers from their platform of choice into Facebook. But given the growing number of Facebook users, there is a perceivable benefit in using it as a center for many gamers.