Facebook’s alternative to OLX and Shopee is now live.

Social media giant Facebook has unveiled their own Marketplace section where people can buy and sell items inside the app.

The company first introduced the marketplace feature by enabling group members to post advertisements, and it has been widely used ever since. Mary Ku, Director for product management at Facebook, said that “more than 450 million people visit buy and sell groups each month.”

Facebook took it a step further and launched a dedicated “Marketplace”. It’s meant to let people sell all kinds of goods online, but it doesn’t have any power in steering away scammers from the legit ones. Even though Facebook hosts the advertisements, the buyers and sellers are still the ones responsible for the deal, payment, and delivery they’d agree with.

The feature has been launched in New Zealand, US, Australia, and UK. There’s a new shop icon at the bottom menu of the icon app. Clicking it will show the items that are for sale based on your current location. However, users can look for something specific by sorting the items by price, category, and location. 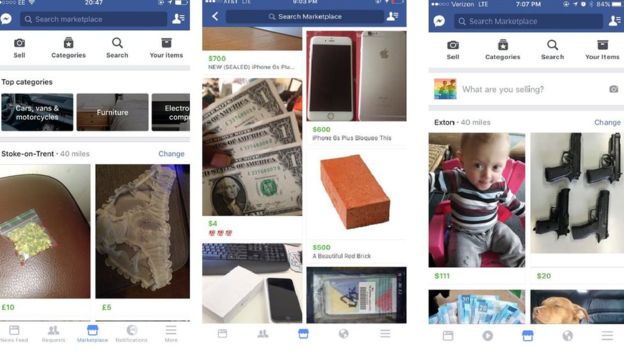 The New York Times reports that sexual services, baby hedgehogs, guns, and illegal drugs are being sold inside the Marketplace. Facebook apologized on the issue and said that it’s going to “fix the problem” before expanding the reach of the feature.

Facebook will likely iron out the problems before rolling out Marketplace worldwide.