Whether you’re a popular person or not, you can’t be entirely safe with scammers — the notorious villain of the digital age.

These culprits would usually use someone else’s identity to do malicious things. Hence, Facebook is testing a new security feature called Profile Picture Guard, to address the scammers, posers, and chances of identity theft.

This new security layer on the DP section has quite a few interesting feats. Users wouldn’t have the ability to download, share, or send your profile picture as a message to anyone.

While those initial limitations are actually useless, Facebook is taking it a step further by disabling the screenshot function. In the official Facebook app, users wouldn’t be able to take a screenshot of your picture. Your picture will sport a special border as a sign of protection. 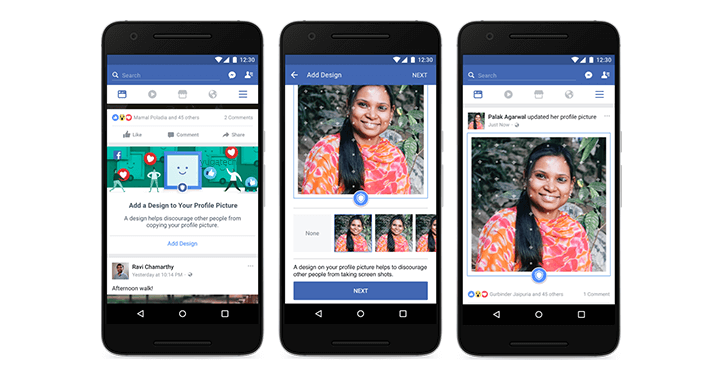 And it doesn’t stop there. Since there are still a lot of ways for anyone to steal your picture, you can choose to add an overlay on it.

The overlay will act like a watermark to justify that it is your property. The overlay is then registered to Facebook’s servers for a quick evidence once a complaint is raised.

The feature requires manual activation via the settings. You don’t have to worry though, as we’re pretty sure Facebook will provide an in-app tutorial on how to use it once it rolls out. The Profile Picture Guard is currently only available in India for testing. It is expected to roll out internationally in the upcoming weeks.