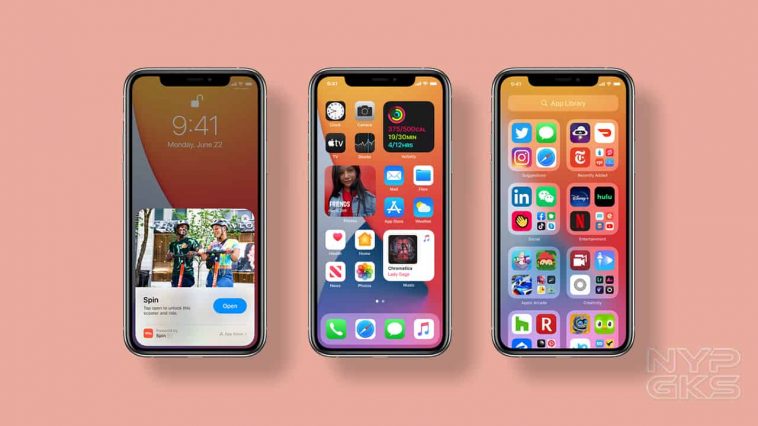 In their first livestream-only event, Apple has introduced a couple of new software and product updates that we’ll see for the rest of 2020 and early next year.

Probably the biggest announcement was the new iOS 14. Considering how many users will benefit from this update around the world, this has been the highlight of today’s Apple event.

What’s interesting is, iOS 14 is easily the biggest update to Apple’s mobile operating system to date. To see what’s new on this one, we’ve made a list of iOS 14 best new features for you to check out.

A big update for the iPhone, an almost phased-out feature for Android. Finally, Apple is adding widgets to the iOS 14 home screen.

With widgets, you now have a detailed look at your Reminders, Apple News, Weather, and more, right from the home screen.

But unlike Android, iOS is still going with minimalism on its version of widgets. You can Smart Stack them all together for a cleaner look.

Here’s another feature that’s been in Android for years. Instead of laying all your apps on the home screen, they are now sorted categorically on the App Library.

There’s also a search button on top that lets you look for the app you want to use faster.

Compact Calls and Picture in Picture

If you haven’t noticed by now, Apple is playing catch up with Android. But to Apple’s credit, they are doing it with more finesse and polish.

For years, Apple users have complained about how the home screen is completely taken over when someone makes a call. Now, the call notification from your iPhone, FaceTime, and even third-party apps will be smaller and will only pop-up on the top of the screen. It won’t distract you from whatever you’re doing and can be easily answered or declined by a press of a button.

Apple has also introduced Picture-in-picture on FaceTime so you can still be on-call while doing other tasks. In addition, summoning Siri won’t have to take up the entire screen.

iOS 14 also brings new updates on its Messages app. First, you can now pin nine of your most important messages so you can see replies more quickly.

You can now mention people in conversations. Inline replies were added so you can reply directly to a specific person on a group chat. Plus, you can now add a photo/Memoji/Emoji to your group chat.

One of the major introductions on iOS 14 is App Clips. It basically lets you use a part of an app without having to launch or download it entirely.

Say, you want to pay using your e-wallet app (i.e GCash, PayMaya) on a physical store. Just tap your phone on the NFC panel and the pay section of your e-wallet app will open a small window on the screen. No need to search and open the app.

Unlock your car with an iPhone

We’re really living in the digital age, aren’t we? With the iOS 14’s car keys feature, you can now unlock your car using your iPhone.

As per the marketing photo, your Car key will be inside the wallet app, which you can easily share to family via iMessage and set restrictions to who can use it. Of course, it will only be available in select smart cars. But the image above confirms that it’s compatible with the BMW 540i.

Privacy have been a big issue in the last few months. And with the iOS 14, Apple is trying to address some of the issues related to it.

For one, it now has an indicator when an app is recording your camera or microphone. You can also see in the Control Center if an app has been recording you even when you’re not using your phone.

The App Store now has a detailed and easy-to-understand explanation of each apps’ privacy practices and what they use your data for.

Moreover, participating apps that you don’t use often now have a Sign in with Apple feature so iOS remembers its password for you. Plus, you can now share Approximate location instead of the exact one in apps like the weather or local news.

Since its release, the Apple AirPods easily became one of the most popular iOS accessories in the world. And with the new iOS 14, it’s getting major upgrades.

After updating to the latest iPhone software, your AirPods will now have Spatial audio, notification when the battery reaches a critical level, and adjust each earbud to accommodate those with hearing differences.

The new Automatic Switching Feature will allow the AirPods to automatically switch between devices. Say, you just made a call on your iPhone, as you go back to your iPad to watch a movie, the AirPods will switch back with you automatically. No need to touch anything.

That’s it! Did we miss anything? Share it with us in the comments section below.