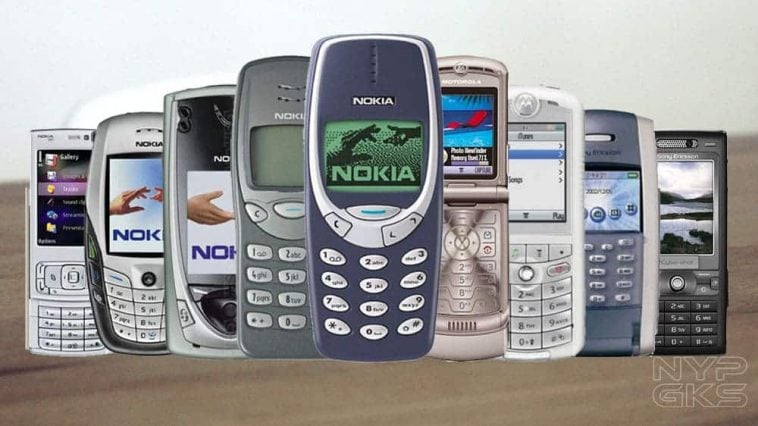 Do you remember your first cellphone? Back then in the early 2000s, if you had the means to buy one, you probably carried around a chunky, small-screen phone that you only really used for texting, calls, and maybe a game of Snake. These phones were everywhere, so much that if you didn’t have one yourself, you definitely know at least one person that did.

Today, the technology of our mobile phones has improved tenfold compared to what we had 10 to 20 years ago. From surfing the internet, taking video calls, playing different mobile games, and pretty much everything else, we now use our phones for several purposes that we previously couldn’t do with a Nokia 3310.

But despite being obsolete by today’s standards, these old-timey phones were once the talk of the town that every Filipino clamored for to get.

Let’s take a trip down memory lane as we look back at the 12 cellphones that shaped our early 2000s.

Quite possibly the phone that started it all, the Nokia 3210 was one of the first mass-marketed phones that were designed and marketed with the younger generation in mind. Diverging from the box-type, chunky design catered towards business professionals, the Nokia 3210 opted for a thinner, candy bar shape to appeal to the younger market. It was also one of the first to sport an internal antenna and the T9 text entry keymat.

Thanks to its fresh look and innovative features, the Nokia 3210 was a huge success in the Philippines and worldwide. With over 160 million units sold, the Nokia 3210 is considered as one of the most popular and best-selling phones of all-time.

If you had a Nokia in the early 2000s, this is most likely the model that you purchased. Released in the fourth quarter of 2000, the Nokia 3310 successfully followed the footsteps of the 3210 as an affordable, youthful phone while still introducing new and exciting features. It allowed for longer SMS messages and carried iconic games like Space Impact and Bantumi.

But the Nokia 3310’s main selling point was its ultra-high durability and longevity, which has since inspired several challenges and memes on the internet. Until now, the 3310 still enjoys a cult following due to its unmatched durability.

In 2017, a new and improved version of the 3310 was released by Nokia and HMD Global, which sported 3G support, a microSD slot, and a 2MP rear camera. Talk about a modern classic.

Part of Nokia’s experimental line of phones, the Nokia 7650 truly marked many firsts for the brand when it was released in 2001. It was Nokia’s first phone to feature an MMS and e-mail client, as well as Bluetooth and GPRS connectivity. More importantly, the 7650 was the first Nokia phone with a built-in camera, a 0.3MP VGA rear camera which was already massive for its time.

The larger and stylish color display of the Nokia 7650 also signified the departure from the previous black-and-white displays of previous models. For such an early release, the Nokia 7650 really packed a punch and is considered one of Nokia’s most influential models.

The Nokia 6600 was one of the brand’s high-end models and its most advanced phone at its time of release in 2003, and it definitely made waves in the whole feature phone industry. Nicknamed the ‘Soap’ because of its iconic shape, the Nokia 6600 was really ahead of its time in terms of the features it offered. It carried a VGA rear camera, a video recorder with audio support, a music and video player, plus extended memory via SD card.

The Nokia 6600 also had the ability to support various third-party software such as games, MP3 players, and customized themes. Because of its advanced features, many original Nokia 6600 models still run perfectly today.

The last Nokia model on our list, the Nokia N95 is one of the brand’s most notable early smartphone releases. It was marketed as a “multimedia computer”, and it’s easy to see why.

This stylish phone benchmarked the two-way slider design to access either the numeric keypad or media playback buttons. It also sported a 5-MP rear camera with flash, incredibly high-end during the time, as well as a built-in GPS receiver for map navigation. The N95 also improved upon Wi-Fi connectivity and Bluetooth technology.

During its release in 2007, the Nokia N95 managed to outsell many of the competing releases of other brands like Apple’s original iPhone and Sony Ericsson’s W950i. Because of its pioneering technology for smartphones, the N95 remained as one of the top handsets for three years since its release.

When talking about phones of the early 2000s, we think of flip phones, and we have the Motorola Razr V3 to thank for that. Its compact and lightweight design, plus its sleek luminescent keypad and aluminum body, made the Razr V3 an instant favorite after its release. Despite being marketed as a premium product, the Razr V3 is beloved by buyers across all price points.

Reaching sales of over 130 million units, the Motorola Razr V3 is the top-selling flip phone and is one of the top-selling phones of all time. Its cultural impact should also not be overlooked, with the Razr frequently featured in popular media as a status symbol.

Following the success of the Razr V3, Motorola focused on its candy bar phones as it released the Motorola Rokr E1 in 2005. The handset’s most notable feature was its incorporation of multiplayer features, particularly Apple’s iTunes music player.

The Rokr was otherwise known as the iTunes phone due to being the first phone to support the music player, before Apple released the iPhone in 2007.

During the early years of 2000, if you didn’t own a Nokia phone, our next guess would be a Sony Ericsson. Released in 2002, the Sony Ericsson P800 was a handset that successfully combined the stylus-based touchscreen of a PDA smartphone and the flip keypad of a candy bar feature phone. Although the P800 was catered towards business-oriented individuals, the model still found its way to the average consumer.

The Sony Ericsson K800i was heavily marketed as a camera phone, and it’s even designed to look like an actual camera. Sporting a then-high 3.2 MP rear camera with xenon flash, the K800i is the brand’s first phone to be marketed with the Sony Cyber-shot branding. It offered a lot of new features specifically geared towards photo-taking, like a shutter button and auto-focus, red-eye reduction, and image stabilization.

The Sony Ericsson K800i carried an advanced graphics engine for the time, allowing the phone to deliver full graphics for playing games or watching videos. Not only did the K800i pack a punch as a camera phone, but it also gave great value for its other offerings.

Despite not taking off as strongly in the Philippines as it did in the rest of the world, BlackBerry still garnered a sizeable following in the country because of its unique design and it being a status symbol.

The BlackBerry Pearl is perhaps the most popular release, and for good reason. The Pearl sported BlackBerry’s trademarked SureType keyboard and a functional trackball, and it is loaded with spectacular features like high-def media players and improved Bluetooth and Wi-Fi connectivity.

If you had a BlackBerry Pearl growing up, it probably means you were treated like a rockstar.

Before developing its widely popular Galaxy Series of smartphones in 2010, Samsung also created candy bar and slider-type feature phones, like the successful Samsung SGH-D500. This phone is most noted for popularizing the slider design when it was released in 2004, which has been adopted by many phone models from other brands.

The SGH-D500 was widely popular among consumers worldwide because of its stylish and compact design, large screen-to-body ratio, and good media quality. It’s also Samsung’s first phone to sell over a million units, and it had continued selling 12 million more for its limited release.

Many tech historians divide the timeline of cell phones as before the iPhone and after, and it’s clear to see why. The first-generation iPhone in 2007 introduced a lot of new and cutting-edge features that set a precedent for all succeeding smartphones to come.

The iPhone was the first mass-marketed phone that used a multi-touch touchscreen display, ditching the keyboard and the stylus-based system. The iPhone’s proprietary OS was also unlike anything ever seen before by the industry.

As Apple’s first phone, the 1st gen iPhone marked the beginning of the brand’s leading innovations in the smartphone industry as seen in the latest iPhone models. Despite now being considered obsolete compared with later models, the original iPhone definitely changed the game of how smartphones are developed.

Whether its hardware, software, or design, our smartphone technology has come so far the past few years. But it’s always refreshing and nostalgic to look back at the pioneering models, where it all began.

What nostalgic phone model did we miss on our list? Let us know in the comments below.