Xiaomi’s MIUI interface have played a vital part in their success. Not only that they offer good smartphone hardware for the money, but they also made sure the software side is polished. And now that the new version is official, we’ve listed the top new features of the MIUI 9.

Now that they are in the 9th iteration, we’re expecting nothing less of the MIUI 9. The update will bring quite a few performance and usability improvements. Xiaomi still stuck with the old design, which we don’t mind at all. The MIUI has been known to be an iOS look-alike, which is probably one of the reasons why people love it. The interface looks simple and minimalistic.

So instead of wasting time on redesigning, Xiaomi focused on improving the overall user-experience with the MIUI 9. Here are the best new features of the upgrade. 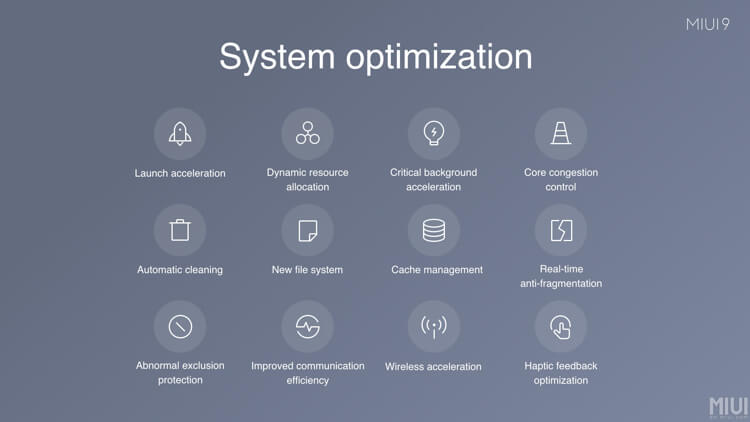 A device’s performance isn’t solely dependent on the processor that’s running it. The overall efficiency of the system also plays a major role in ensuring that the smartphone runs fast and dependable.

And with the MIUI 9, Xiaomi is introducing quite a lot of new system optimization processes with the sole purpose of improving the overall performance. And one notable process is what they are calling “Dynamic resource allocation”, which is pretty self-explanatory. This one analyzes your activities and readies the app you might about to use and completely disable the others to save resources. 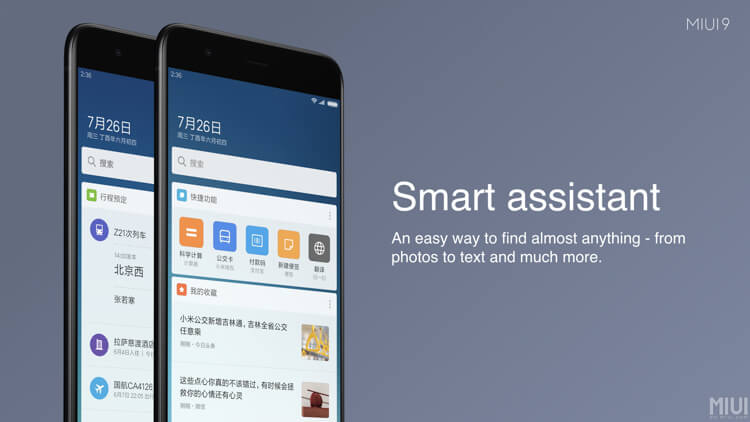 It looks like everyone now has a smart assistant — some got it right, while some are just pure nightmare to use. Xiaomi doesn’t plan to take on Google Assistant or Siri, but it’s humble enough to not follow Samsung’s Bixby assistant.

The MIUI 9’s lets you locate local files easily. It can go through your schedules, notes, documents, pictures, and pretty much everything you have on your phone. 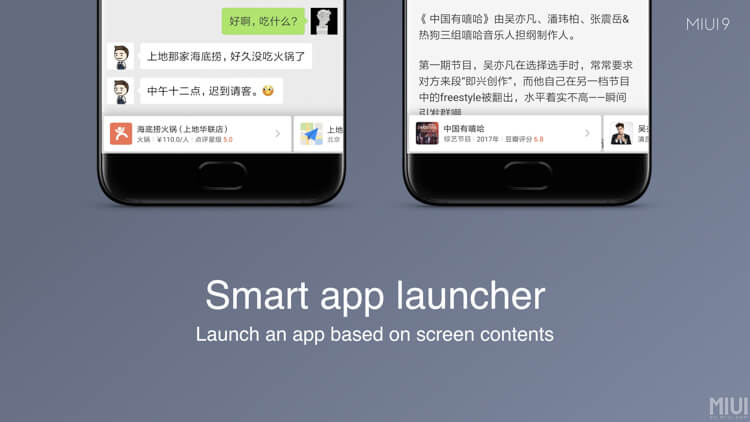 This next one acts pretty much just like Google’s Now on Tap. Once activated, the smart app launcher analyzes what’s on your screen and suggests any appropriate actions and options.

If a friend sends you an address, Smart app launcher gives you an option to view it directly on a navigation app. You can also call directly a phone number that was sent to you. 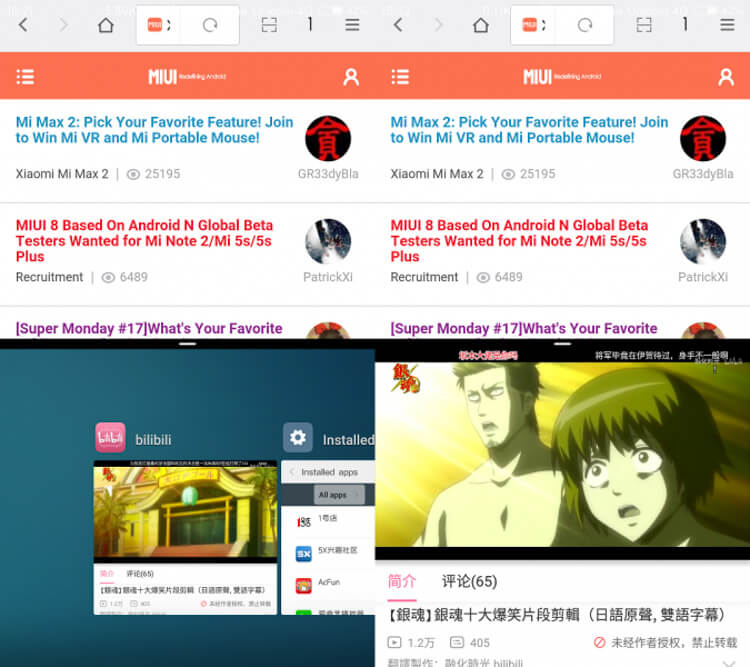 MIUI finally gets an official split screen support with the 9th version. This will let the users use two applications simultaneously. You can either browse Facebook while watching YouTube, or do whatever you want. It opens the door for a whole range of multitasking capabilities.

Xiaomi might have skipped the aesthetic department, but it’s been a tradition to release new wallpapers to come alongside a new update. You can check out the MIUI 9’s stock wallpapers here.

The official roll-out date of the MIUI 9 is yet to be announced.