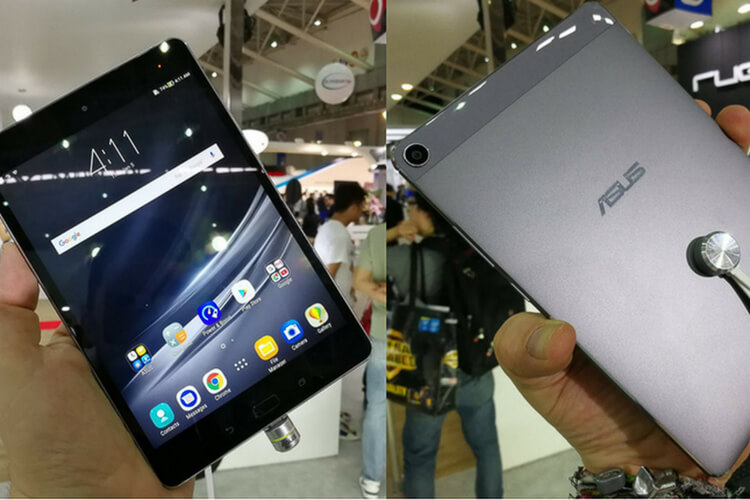 It looks like ASUS is really taking full advantage of this year’s Computex. Since the day one of this annual event, we’ve already seen a lot from theTaiwanese brand. And now, the company quietly announced the ASUS ZenPad 3S 8.0 at the same floor in Taipei.

The new ASUS ZenPad 3S 8.0 is the company’s follow-up to the ZenPad 3S 10. This line of high-end tablets doesn’t come with compromised hardware. The ZenPad 3S 10 was priced at $405 (around ~Php20,100), and we’re pretty certain that this smaller tablet will also be in the premium price bracket.

The company is yet to announce the official price, but we can already tell that it won’t be cheap. This thing brags a Quad-HD 2K IPS panel, which can be sufficient enough to populate its 7.9-inch screen.

Itis being powered by a decent Qualcomm Snapdragon 652 processor. There’s also a 4680mAh battery that might be enough to juice its high-resolution display and the multi-core processor for a day.

Like I said, ASUS did the ninja move when they quietly showcased the ZenPad 3S 8.0 in COMPUTEX 2017. Thus, we still don’t have the official pricing and availability of this one. We’ll update this post once we get them.