It is noteworthy that last year’s ZenPad 3S 10 LTE launched with a 2.1GHz hexa-core MediaTek MT8716 chipset while this current generation ZenPad 3S 10 LTE makes a switch to an hexa-core Qualcomm Snapdragon 650 SoC clocked at 1.8GHz. Supporting the graphics is an Adreno 510 GPU. The ZenPad 3S 10 LTE also comes with a 4GB RAM and has 32GB of storage space crammed inside it.

The ASUS ZenPad 3S 10 LTE (Z500KL) comes with a premium metal finish and a thin build having a thickness of just 6.75mm. The ASUS tablet also comes with 4G LTE support just as the name indicates. There is also a massive 7,900mAh battery which should do a decent job of keeping it up for a large part of the day. ASUS touts the battery as capable of providing up to 16 hours of usage or 150 hours of standby time. 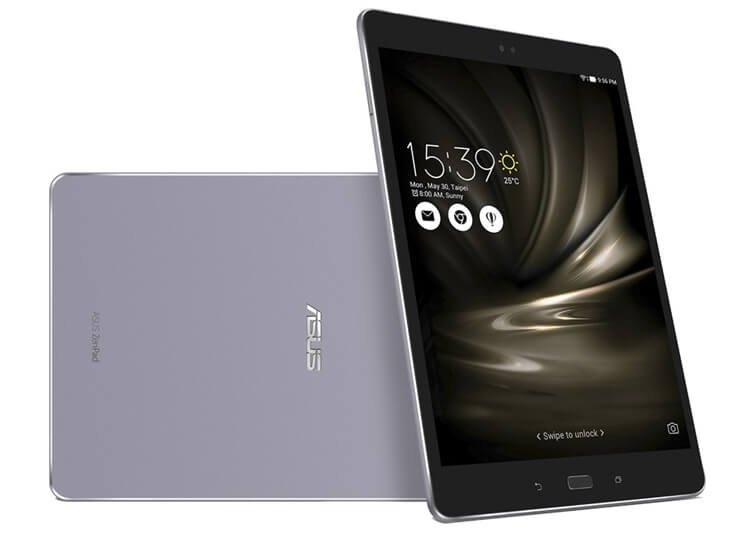 Furthermore, the ASUS ZenPad 3S 10 LTE features a 9.7-inch display with 1536 x 2048 pixels resolution. The sleek slab also packs an adequate 8MP rear camera which should do justice to our camera needs in bright light conditions. Unfortunately, the rear camera may not be able to perform in dark conditions as there is no LED flash attached to the camera. The tablet also features a 5MP front camera for selfies and video calls. On the software angle, the ZenPad 3S 10 LTE (Z500KL) comes with Android 6.0 Marshmallow pre-installed inside.

The ASUS ZenPad 3S 10 LTE is currently available for purchase and it has a moderate $405 price tag with a free protective cover and custom stand.