You may think otherwise, but Windows 8.1 tablets are still alive and kicking. Lenovo’s latest slate, the ThinkPad 8, proves just that and packs quite a punch with several features aimed to please business users.

Though a pegged as a business tablet, general consumers will nonetheless take a liking to the Lenovo ThinkPad 8. Sporting a Full HD resolution, vibrant colors, and great viewing angles on its 8.3-inch 10-point touchscreen, the tablet is housed in an aluminium body and comes equipped with a micro-HDMI port and an optional 4G LTE connectivity. Listening music through the stereo speaker (powered by Dolby Home Theater) should be a delight. 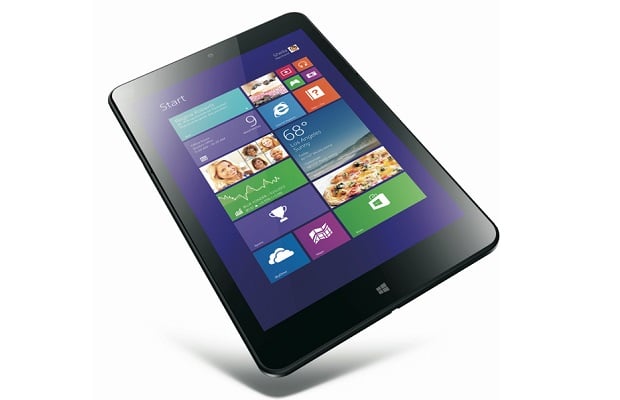 If there’s any shortcoming to the Lenovo ThinkPad 8, it’s its lack of active digitizer for taking notes with a stylus/pen, a feature its cousin Miix2 has. Battery capacity isn’t specified but claimed to last up to 8 hours. At least—and as with many tablets running on Windows—there’s the Microsoft Office suite to satisfy anyone’s need for productivity while on the go. Granted, a lack of a physical keyboard may be detrimental to work efficiency, but the tablet this small compensates with an optional Quickshot Cover for screen protection and for the so-called Tent Mode, which brings the camera app into action. Lenovo’s other tablets with multi-modes include the Yoga Tablet 8.

The ThinkPad 8, which happens to be Lenovo’s first business tablet, will retail later this month at a starting price of $399.