Just as deals and shopping bargains appear even before Black Friday, gadget makers are already teasing new products days ahead of January’s most prominent tech event, CES 2014. Among the devices to look forward to are LG’s upcoming Tab-Book2, Lifeband, and an all-in-one PC and Ultra PC.

As its name implies, the LG Tab-Book2 (shown above) is a follow-up to last year’s tablet with a slide-out physical keyboard a la the Samsung Ativ Q. Powered this time by Windows 8.1, the device employs a 10-point touchscreen that spans 11.6 inches diagonally and comes with full HD resolution. An updated Intel Core i5 processor provides a faster computing performance. Two models will be available, one (model 11T540) weighing at only 930g for better mobility and the other (model 11T740) focusing more on hardware oomph.

The LG Lifeband, on the other hand, will be one of the company’s first wearable products for mainstream consumption. As shown in a leaked photo by @evleaks, this is most likely a fitness band with a touch-enabled surface. Athletes and the health-conscious will benefit from the device for tracking their fitness and health activity. 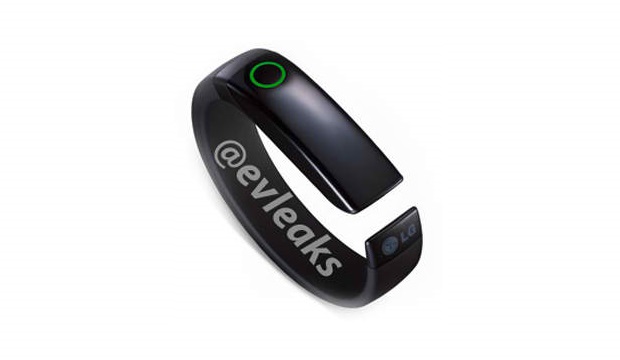 Moreover, LG will be releasing a new Ultra PC model, the 13Z940, with a slimmer design and minimalist design. It employs a 13.3-inch HD display, a Haswell Core i5 processor, and either a 128GB or 256GB SSD configuration. There’s a so-called Reader Mode to emulate a paper appearance to any onscreen image. Lastly, the 27-inch AIO PC features an IPS LCD with full HD resolution. Depending on the situation, it can function as a personal computer or a TV (complete with remote control). Processing power is handled by an Intel Core CPU and an Nvidia GeForce GT740M GPU.

For now, LG has revealed limited information about its upcoming devices. Expect to learn more about them during CES 2014.