As per Canalys, a market analyst firm, OPPO Philippines had the best Q2 of 2019 as it accounts for the 28% of total market share here in the country.

The brand is followed by Samsung at 19% and Vivo at 17%. But in the overall Southeast Asian market, Samsung still dominates as it was able to ship 7.7 million devices, while OPPO came in close at 7.3 million units. Completing the top 5 is Vivo, Xiaomi, and Realme. 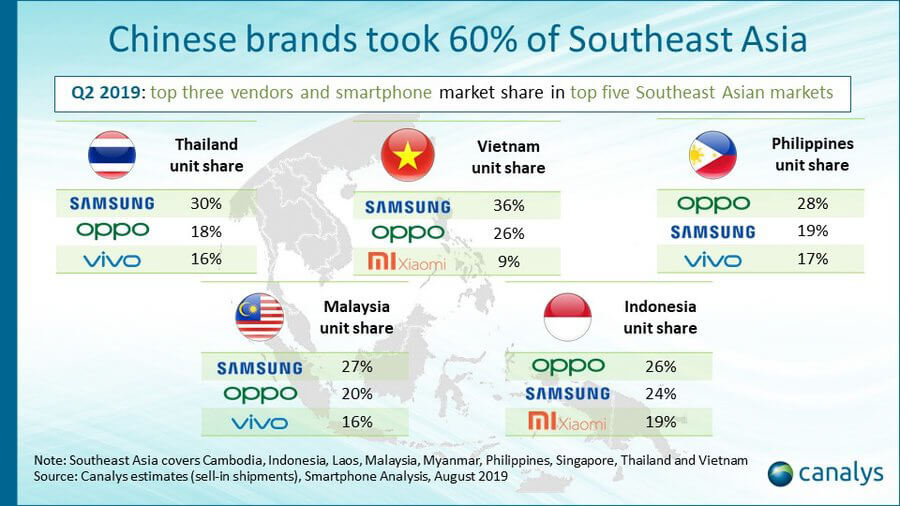 Q2 2019’s figures for SEA markets are said to be improving as it has a 2% YoY growth. Breaking the decline streak from the previous quarters.

Samsung has been in the slump previously due to intense competition from Chinese manufacturers. However, the brand has started to fight back by releasing budget-friendly devices like the Galaxy M20 and Galaxy A50, that had huge appeal in emerging markets. 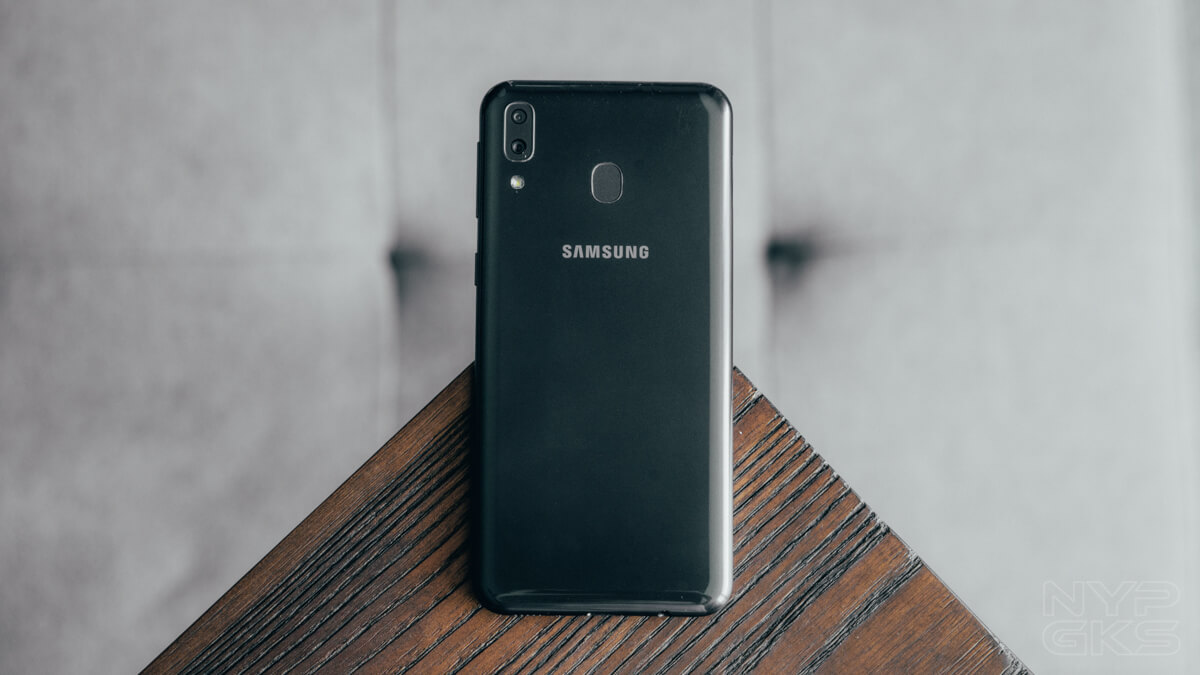 On the other hand, OPPO is trying to penetrate the high-end market to improve its image. Hence we have devices like the OPPO Reno 10X Zoom.

However, figures show that the company’s best-sellers are still low-end devices such as the OPPO A5s and A3s. This puts a lot of pressure to the Reno line to help OPPO position themselves as a high-end alternative to Samsung.

Due to the US ban imposed on Huawei due to US-China trade wars, the company fell out of the top 5 in SEA. The brand has since then been overtaken by Xiaomi and Realme. 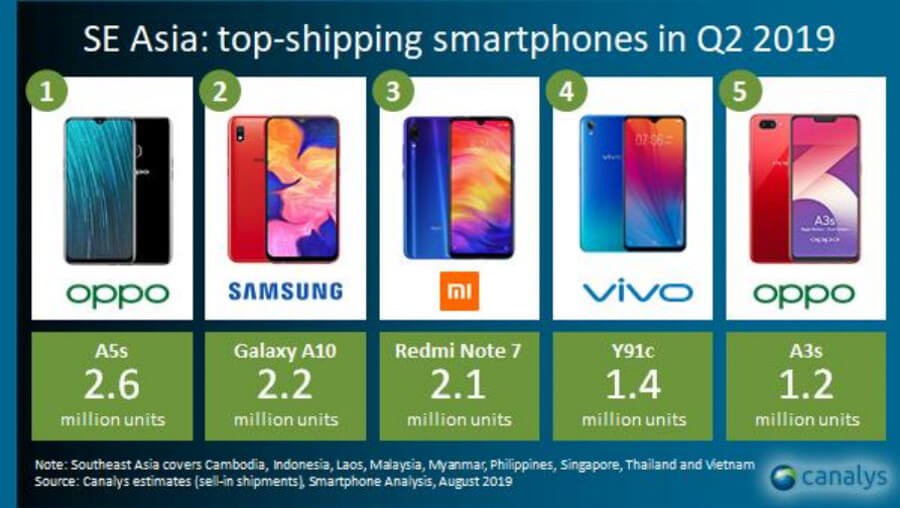 As per Canalys, budget smartphones around the USD200 (~Php10,500) are still the best selling devices in SEA, which amounts to 75% of overall shipments.

We’ll see how these numbers change as tons of interesting devices, like the Realme 5 Pro and Huawei Nova 5T, are expected to arrive in the Philippines.