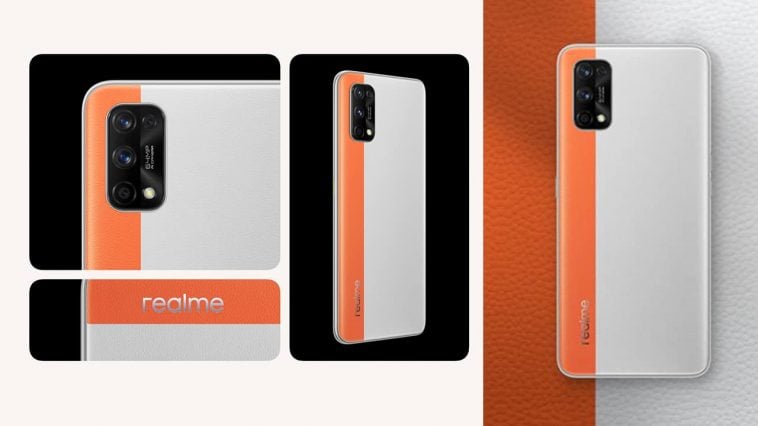 Realme has introduced a Special Edition of its top-tier midrange device, the Realme 7 Pro.

The Realme 7 Pro Sun Kissed Leather Special Edition was launched in India for the Diwali Festival. It features a premium vegan leather with a micro-grain texture that feels soft when touched.

It still features that two-tone design that the existing Mirror Silver and Mirror Blue options have. But this time, it’s a combination of a bright orange on the left, and predominantly by white.

The Realme logo on the bottom is CNC-machined for a metallic finish.

Other than that, it’s pretty much the same as the Realme 7 Pro that’s already out in the market. It still has a 6.4-inch FHD+ Super AMOLED screen, a Qualcomm Snapdragon 720G processor, and ultra-fast 65W charging, and a 64-megapixel main camera. You can learn more about it in our full review. It has the same starting price of INR19,999 in India for the 6GB/128GB model, while the 8GB/128GB variant is at INR21,999.

Since it’s dedicated to a special Indian holiday, it’s highly unlikely that it will arrive in other countries like the Philippines. If we’re lucky, we’ll get the vegan leather treatment, but with a different color. In the meantime, the regular colors are now available in the country for a price of Php17,990.