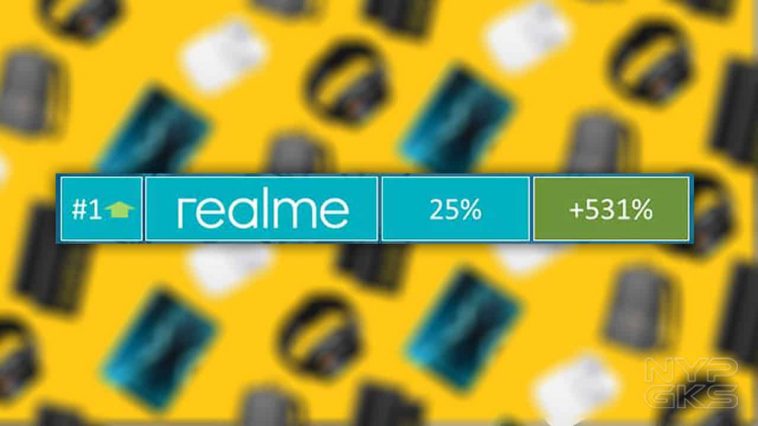 A new market research report from Canalys shows the top smartphone vendors in the Philippines for Q3 2020. We’re seeing familiar names here, but the changes in rankings are pretty surprising.

Realme, the newest brand on the list, being around for only two years, overtakes Vivo and is now at the top spot. Vivo takes 21% market share, while Realme is 4% higher as it managed to pull a whopping 531% annual growth.

This backs a previous study that reveals Realme has already sold 50 million smartphones. With only two years in its belt, Realme the fastest brand to ever achieve such milestone.

Realme’s rapid growth might be credited to its bang-for-the-buck releases like the Realme 7 series, Realme 6i, and other more.

Samsung also fell to number 3 with an 18% market share but managed to achieve a 15% annual growth. OPPO remains at the fourth spot but suffered a 35% decline. Vivo, Samsung, and OPPO’s slower growth might be due to their dependence on physical sales, which became scarce in the previous month.

Xiaomi settles for the fifth spot but is actually one of the most impressive brands on this list. Unlike in Q2 2020, Xiaomi is finally on the list, with its impressive 223% annual growth.

The fifth spot used to be owned by Huawei, which continues to slide due to the US sanctions imposed on them.