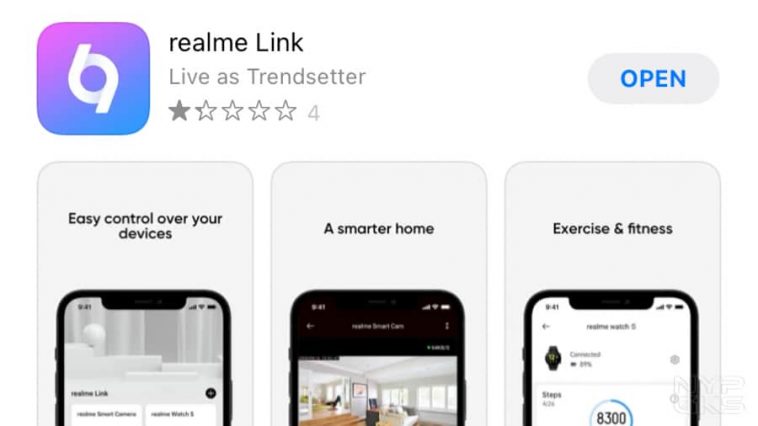 Realme has some of the most affordable wearables and accessories that even some iPhone users are into it. During its launch, there was no way for iOS users to utilize them. Well, not until now, as the Realme Link app is now available for iOS.

For those who are unfamiliar, the Realme Link app lets you pair, customize, update, and have access to the settings of Realme smart accessories like the Realme Buds Air. Now that Realme Link for iOS is out, you can now use Realme accessories on your iPhone.

To download Realme Link on iOS, ˜go to the App Store, search for the app, and hit download. Albeit, as of writing, the app can only accommodate the new Realme Watch S, Realme Smart Scale, and Realme Smart Cam 360.

Paired with the Watch S, you can see a detailed look of your steps count, sleep quality, exercise, and more with the Realme Link. Meanwhile, those who own Realme smart devices like the Smart Cam can see the live feed or control them via the app.

So if you’re looking for a cheaper alternative to Apple’s proprietary accessories, you can check out Realme’s offerings, which can now work with the iPhones thanks to the Realme Link for iOS.