Samsung is continuing the momentum that starated by the Galaxy M10 and M20 with the upcoming Samsung Galaxy M30.

The company hasn’t been so subtle and careful in hiding this device. Just a few days ago, a full layout of the device leaked out of the internet, which reveals some of its key specs and features. But now, the company has officially confirmed its existence as it published the official teaser for the Galaxy M30. 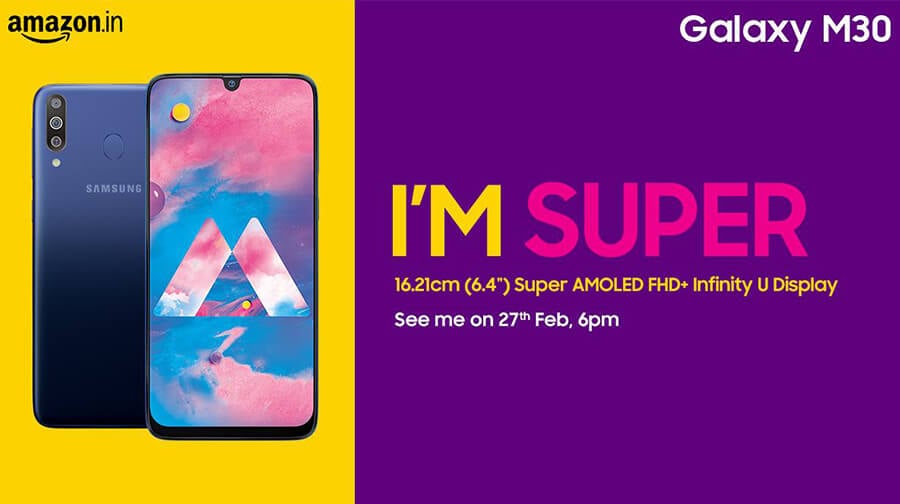 As per the teaser, the Galaxy M30 will be launching in India on February 27 at 6PM. Just like the first two Galaxy M devices, the M30 is also going to be an Amazon-exclusive release.

While we don’t expect to see any specs information on a teaser, Samsung was generous enough to confirm that the Galaxy M30 will come with a large 6.3-inch Super AMOLED panel, with an FHD+ resolution, and a small Infinity U notch on top that should provide an impressive screen-to-body ratio. 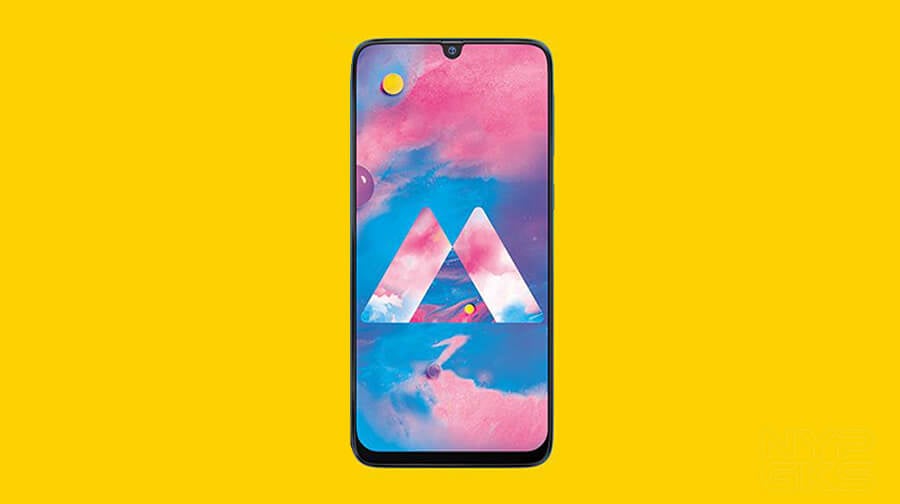 The image also provides a great look at the Galaxy M30’s front and back panel. There’s the aforementioned large display on the front, while on the back there’s a fingerprint scanner and a triple camera setup.

While Samsung didn’t reveal the actual camera specs, the previous leak that we saw suggests that it consists of a 13-megapixel and two 5-megapixel cameras. The secondary sensor might have a wide-angle lens, while the latter can be for depth-sensing.

The device is also expected to be powered by an Exynos 7904 processor, 6GB of RAM, 128GB of expandable storage, and an enormous 5,000mAh.

All these speculations on the device’s features shall be confirmed once it becomes official in the coming days.