Samsung went out and announced their latest Exynos 7 series of processors for budget-friendly devices. This is part of the company’s move to go against Xiaomi and other brands who are currently dominating by offering bang-for-the-buck devices.

The company is posing it as the chipset tailored for the Indian consumers. As you all know, India is one of the biggest smartphone markets in the world, which is currently dominated by Xiaomi. 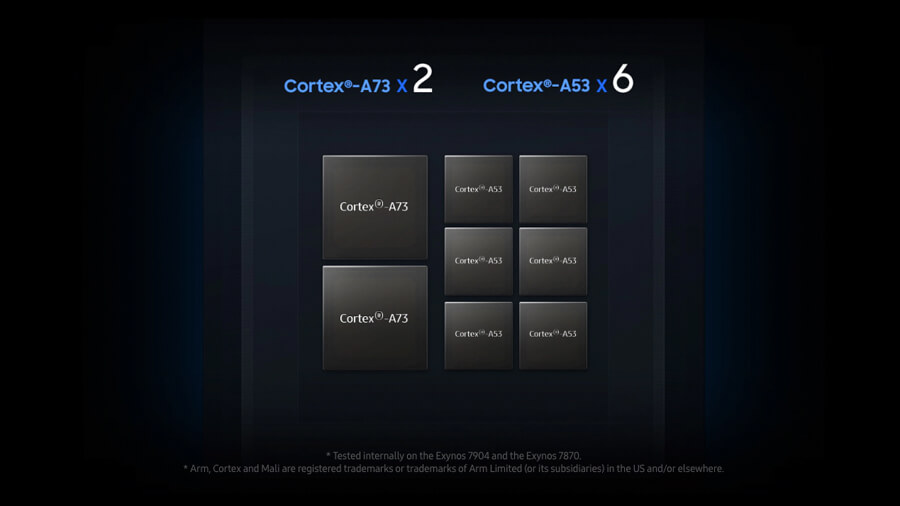 It will start with the Samsung Exynos 7 series 7904 chipset. A processor built on a 14nm FinFET processes that have eight cores, which consists of a dual-core 1.8GHz Cortex-A73 and a hexa-core 1.6GHz Cortex-A53 cores.

The processor is aided with a Mali-G71 MP2 GPU, LPDDR4x memory, and eMMC 5.1 storage.

It can handle up to an FHD+ display, 32-megapixel triple camera setup, 120fps slow-mo recording at 1080p resolution, and even UHD at 30fps. As per the company, the Samsung Exynos 7 series 7904 can deliver enhanced multimedia features that you’d only used to see on high-end devices to midrange smartphones.

This new chipset has entered mass production status. We shall expect to see more about this processor once the value-oriented Samsung Galaxy M smartphones hit mainstream.