If you have reservations about the Samsung Galaxy 10, it’s time to watch JerryRigEverything, a popular Youtube channel, which recently put Samsung’s latest handset into its popular durability tests.

The Youtuber ran the Samsung Galaxy S10 into scratch tests, and it holds quite well. The device didn’t got damaged and withstand minor dents instead. However, with deeper scratches and grooves, the fingerprint reader started to take the beating and refused to work.

It can also be seen in the video that Samsung Galaxy 10 has passed the bendability test. Zack Nelson, the man behind the channel, shows that the device is sturdy enough by trying to break the device. No harm was done, and it still works fine. The result is not surprising at all, considering that the Samsung Galaxy S series is known for their durability.

It’s also interesting that the Samsung Galaxy 10 was able to withstand the flame test. It works just fine after being put to heat for 30 seconds; the display pixels easily recovered as well. 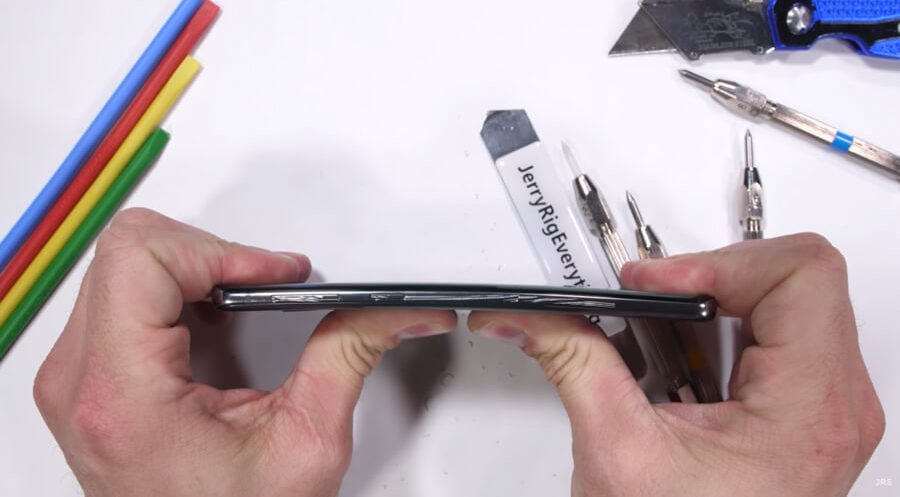 All in all, Samsung Galaxy S10 durability test shows that this expensive device is really well built. The handset, which comes at White and Black, has a starting price of Php49,900 here in the Philippines.