Protect your wallets or else Steam is gonna take it away from you.

It’s that time of the year again when we feast our eyes on the incredibly large pool of glorious games on sale in the Steam store. So if you’re still reading but you don’t want to spend your 13th month pay or Christmas presents fund, look away.

Steam Autumn sale unites all the giant publishers and indie developers in one week full of discounts and tears (for those who are not ready). Unlike previous sales which featured deals of the day and flash discounts, there’s no rush here. All games will be discounted until November 30, so you have time to carefully think of what you’re going to buy.

Among the deals that stood out for me are the following:

Get these massive game discounts and more at the Steam Store. 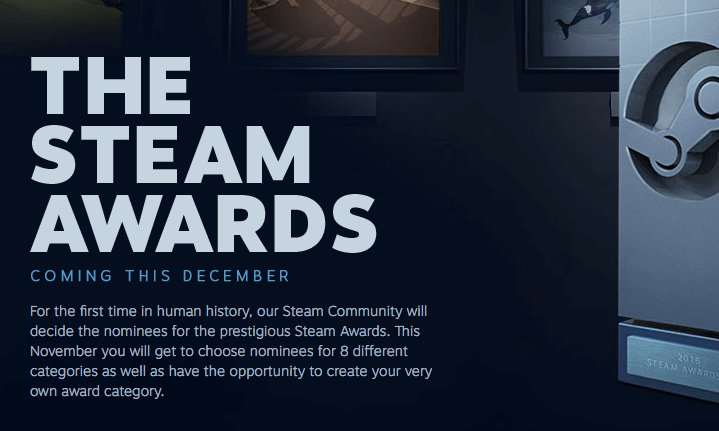 Valve also announced the first-ever Steam Awards. There’s a total of 9 witty categories, check them out below:

Valve is also putting the awarding powers to the players by allowing them to create their own awards. I’m sure tons of ridiculous awards will spawn once gamers get their hands on it.

Find out how you can nominate your favorite games and more at the source link below.